How Much Apple's New 13-Inch MacBook Pro Costs In Australia

Apple dropped its brand new 13-inch MacBook Pro overnight, which is exciting because the dreaded butterfly keyboard is now finally dead. For real. In its place you'll find the newer Magic Keyboard which has previously been added to the 16-inch MacBook Pro and the MacBook Air. Today is a good day. If you're keen to get your paws on the new laptop, here's how much it will set you back in Australia.

The MacBook Pros have some incremental upgrade compared the previous generation. In the two least expensive models you'll find 8th gen Intel processors as well as a baseline storage of 256GB. You'll also find 8GB RAM and two thunderbolt USB-C ports. These specs can be jacked up to 16GB RAM and 2TB storage.

The two most expensive models enjoy a proper processor jump with Intel's 10th gen processors, which Apple says makes the Pro's performance 2.8 tines faster. You'll also find 16GB RAM as base and 512GB and 1TB storage options, respectively. Both variants can go up to 32GB RAM and a whopping 4TB storage, if that's how you like to roll.

Some familiar inclusions include the Touch Bar and the Touch ID button.

The biggest change is the keyboard design. The butterfly keyboard, which has plagued us since 2015, has now been replaced with the Magic Keyboard. This was first introduced in the 16-inch version of the Pro and contains a scissor design that allows for 1mm key travel.

If you really want to go hard, you can opt for the new processor plus 1TB storage, which starts at $3,299.

If you're interested in the new smaller MacBook Pro, they are on sale from today from Apple. 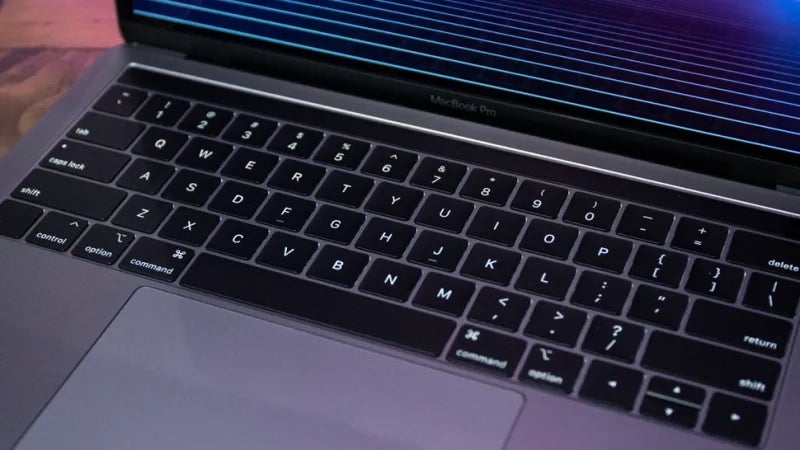 Apple's Keyboard Nightmare Is Finally Over

In the spring of 2015, Apple made one of the most significant changes to its laptop line ever when it switched from scissor switch keyboards to its homegrown butterfly keyboard. But now, after five years, the butterfly keyboard is finally going away for good.