I Despise Joy Con Drift, But I’m Learning To Live With It 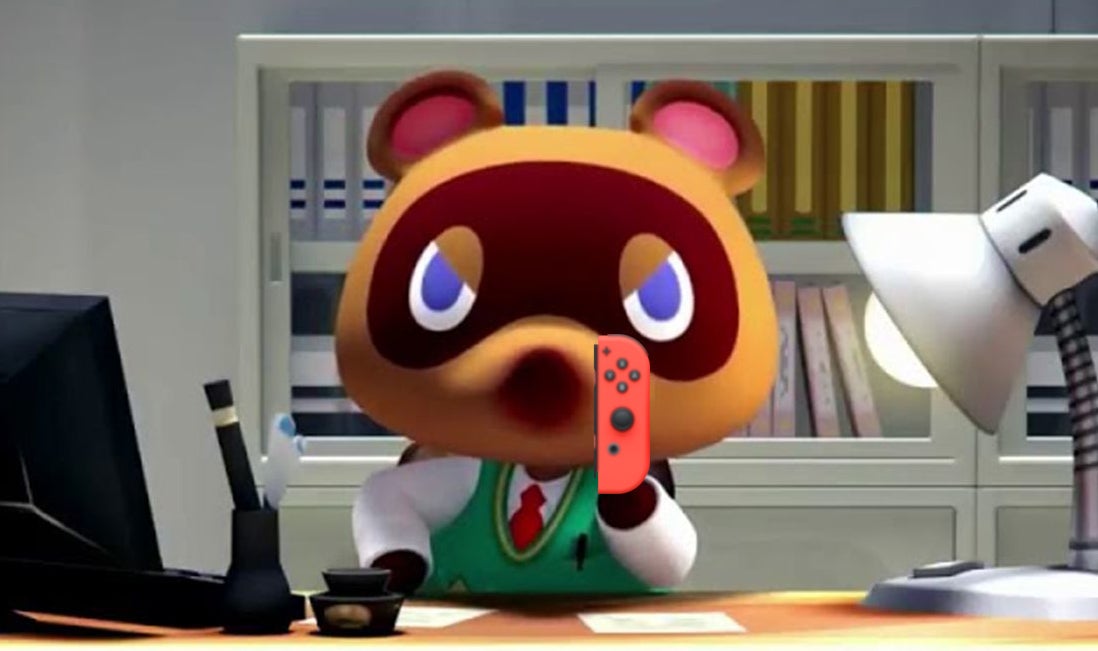 Image: Nintendo, Broken Joy Con gifted to Tom Nook by Nathan Grayson
To sign up for our daily newsletter covering the latest news, features and reviews, head HERE. For a running feed of all our stories, follow us on Twitter HERE. Or you can bookmark the Kotaku Australia homepage to visit whenever you need a news fix.

Back when this era of social distancing began two months and also an incalculable number of years ago, I was playing Dragon Quest XI on my Switch. I noticed that, every once in a while, my character would take a few steps forward or turn slightly of his own accord. I’d read the horror stories, so I immediately knew what I was dealing with: that dreaded joy killer, Joy Con drift. Really though, it wasn’t so bad. I decided I’d learn to live with it. That was a mistake.

I had my reasons. For one, it was early days as far as covid-19 was concerned, and I was afraid of doing anything that involved potential contact with other people, even if that just meant taking my Switch in for repairs or ordering a new Joy Con. Flash forward a couple months, and Nintendo’s repair centres are temporarily out of commission. New Joy Cons are hard to come by online. It’s not impossible to buy one; you’ve just gotta do some digging and maybe be willing to roll the dice on a used unit.

But now, it is too late for me. At some point during the aforementioned two months, a terrible switch flipped in my brain—the same one that has convinced me to hang onto an ancient iPhone model despite the ravages of planned obsolescence, or that has locked me into a war against my web browser (and common sense), which currently has so many tabs open that it causes any music I’m playing to regularly glitch out like the middle of a dubstep chorus.

When faced with an especially irritating tech problem, for some reason I think I must endure and ultimately overcome it through sheer spite alone. I will make no attempts to justify this approach. I am a fool, and my obstinance will someday be the death of me. For the time being, I have decided not to replace my Joy Con. That out of the way, here’s what it’s been like living with Joy Con drift:

It’s bad! And it’s getting worse over time. Once, in Animal Crossing, I was trying to do that cool thing where you knock down a wasp nest and then immediately catch all the wasps with your bug net before they have a chance to sting you. Just before I swung the net, my character turned the wrong way. The wasps attacked my face. It was deeply embarrassing.

Another time, I dug up some money in anticipation of putting different money in the resulting hole and growing a money tree, only to accidentally fill in the hole. Oh, and the number of times I’ve made the wrong inventory and dialogue selections? Innumerable. I read a Polygon piece about unintentionally dismissing a beloved neighbour, and now I live in constant fear.

Someday, my Switch will burn out or Nintendo will release a new console, and I will have outlasted both my own personal Joy Con’s drift and the concept of Joy Con drift itself. Then I will find some new piece of technology to quietly be angry at until it dies.

Recently, I resumed playing Dragon Quest XI. I regularly choose the wrong abilities and spells in battle, and—because my Joy Con drift has gotten exponentially worse since I started the game two months ago—my character never stops running. It’s like he’s got a train to catch, and the only way he can be on time is if he presses his body against several walls so forcefully that he liquefies his way through them.

Sometimes, it seems like he’s trying to escape to a simpler life, but the camera will not stop following him. Maybe he and I are not so different. But still, I cannot idly put down my Switch without checking and double-checking that I’ve paused. I never know where my character will end up.

What both Animal Crossing and Dragon Quest XI have in common is that they’re intended to be relatively relaxing, and I try to play them in chill environments—usually on the couch or in bed. But all of these Joy Con drift micro-annoyances mean that relaxation is yet another distinctly anxiety-tinged prospect in a time during which anxiety-free moments are hard to come by. It’s not ideal! Yet I endure, hoping that I will eventually acclimate to the point that I no longer even notice the growing pile of inconveniences sitting on my virtual doorstep. This is how I will win: Someday, my Switch will burn out or Nintendo will release a new console, and I will have outlasted both my own personal Joy Con’s drift and the concept of Joy Con drift itself. Then I will find some new piece of technology to quietly be angry at until it dies.

I have nobody to blame for this but myself. Oh, and Nintendo, who probably should have ironed out this whole Joy Con drift thing before it became an issue that afflicted a colossal chunk of the Switch’s user base. But that’s neither here nor there, like my Dragon Quest XI character when I leave him alone for five seconds.