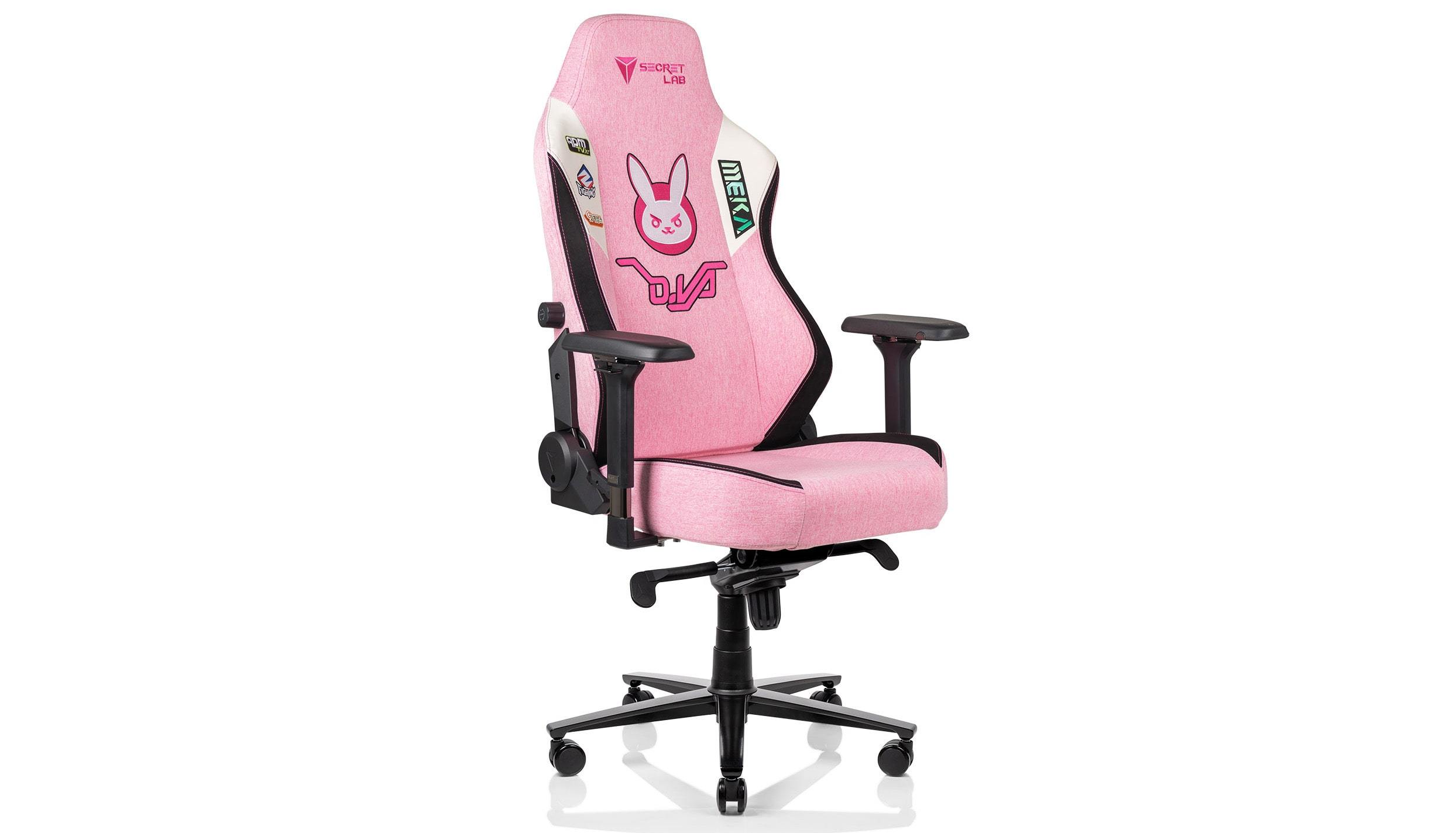 Gamer chairs have always struck me as an incredibly funny concept. In 2006, a desperate luxury car seat company called DXRacer decided to roll the dice on pivoting to video games, laying down the racing car-esque blueprint for gamer chairs as we know them. So now professional players and streamers achieve maximum performance in disembodied car seats. Anyway, I’ve decided to buy a gamer chair.

Truth be told, I’ve wanted one for a while. Back in 2018, our former managing editor, notorious Polygon traitor Maddy Myers, wrote about her experience with her then-brand new chair, DXRacer’s Valkyrie. Maddy made some powerful points against ownership of the chair. It was a gaudy throne, an expensive monument to the “ugly exclusivity” underpinning the worst elements of git gud gamer culture. “It’s also a chair that I associate with people who think they’re better than I am. I can feel the sting of both my supposed lack of gaming prowess and class consciousness, here,” she wrote.

But she also wrote about how comfortable it was, how it could be customised to fit her exact contours—how it felt like it was “built in a laboratory based on a mould of me.” I was sold.

My skeleton, you see, has been in a state of open revolt since 2013. If other people’s skin and muscles form a rigid casing around their bones, my outer fibres are more of a suggestion—a Slip ‘N’ Slide for the screeching child that is my insides. Every day, my head feels like it’s going to fall off. Every day, I will it into delaying its quest for freedom from the screaming nightmare tower it’s been perched atop for the past three decades. You can see now why the idea of a chair that’s nearly an exoskeleton appeals to me.

For the past few years, I’ve been getting by with a cheap but functionally comfortable office chair that probably hasn’t done me many favours in the posture department. It is now in literal tatters, to the point that every time I sit in it, I come away with one or two little scraps of black fabric stuck to my arms or legs. This in mind, I’ve decided to finally invest not just in my present, but also my future. Gamer chairs are the future.

This chair will blend in with the rest of my room like an active crime scene.

A few days ago, I spent a couple hours reading reviews and shopping around. I knew I wanted something customisable, because my neck and back are extremely particular about these things. If a chair doesn’t feel exactly right, it’s entirely wrong: I sit down, and pain immediately begins to tingle up my spine. It’s not pleasant! So I need something I can fiddle with endlessly until it’s just right. Many gamer chairs come with neck and lumbar pillows and other peripherals you can rearrange, but I want something that I don’t have to adjust every time I sit down.

That’s why I picked Secretlab’s Titan, which comes with Integrated Adjustable Lumbar Support (TM). You just turn a knob on the backrest until your back is firmly supported. It’s great! The chair is also made of a special soft fibre that supposedly breathes better than the race car leather that typically coats high-end gamer chairs. In other words, I won’t spend all day marinating in my own juices, which I consider a plus.

Oh, and it looks like somebody tossed Overwatch’s D.Va, mech and all, into a trash compactor and then re-moulded her into a chair.

At first, I considered going with something a little more restrained: a light grey “cookies and cream” colour scheme or a black and white “classic” number that looked like a seat in a race car for a king. But in both cases, the designs are only restrained by gamer chair standards. Both are still emblazoned with a giant, unmissable “T” on the backrest and a handful of other logos and decals. Buying either would’ve been like putting a dog in a suit; it wouldn’t have fooled anyone.

So, with some help from Twitter, I decided that I might as well go all the way in the other direction and buy the gamer-est gamer chair of all: the official Overwatch-themed D.Va edition. You want logos and decals? This chair’s got ‘em for days. Also, it is so pink that you could pick it out of a dark, crowded esports arena in a heartbeat, which will be great if I ever decide to host an esports event out of my home office. Lastly, it’s a quiet (read: eye-searingly loud) expression of my secret shame: though my favourite Overwatch hero to play is Pharah, I’m much better with D.Va. And so, I actually, unironically kinda like how the D.Va edition of the Secretlab Titan looks.

This chair will blend in with the rest of my room like an active crime scene. It will weep all day and shriek all night, an impossible-to-ignore reminder of my bad decision making. But I will not regret buying it. I refuse to regret this $US500 ($758) purchase. It’s too expensive for me to simply not use when I grow tired of its insistent pinkness.

It’s too much of a commitment for me to shove into a deep, dark closet after the 80th time I have to explain to a guest that the logos are for fake brands from Overwatch, and I “bought it as a joke, but also sorta not.” So, no matter what happens for the next handful of years after I receive the chair in July, I will grit my teeth until my gums bleed and say, with full-throated sincerity, “I love this stupid fucking chair.”