Indie Adventure Neversong Reminds Me Of My Coma Nightmares

Released on Apple Arcade last week and coming to Steam and GOG on May 20, Neversong tells the story of Peet, an orphan boy who slips into a coma when his girlfriend is snatched during a visit to the local asylum. Peet wakes up in a melancholy twilight world populated by freakish children and twisted creatures. The world feels familiar, but also wrong, like a place painted over by subconscious fears. It makes me wonder if Peet really came out of his coma after all.

Originally named Once Upon A Coma, Serenity Forge and Atmos Games’ Neversong is a puzzle platformer based in what feels very much like one of the coma nightmares I experienced back in 2018, when a medical emergency led to doctors keeping me asleep for several weeks. The haunting music and hazy visuals, rendered in shades of rust and decay, create an oppressive, otherworldly atmosphere. There’s a sense of despair that sticks to everything, even plucky protagonist Peet. 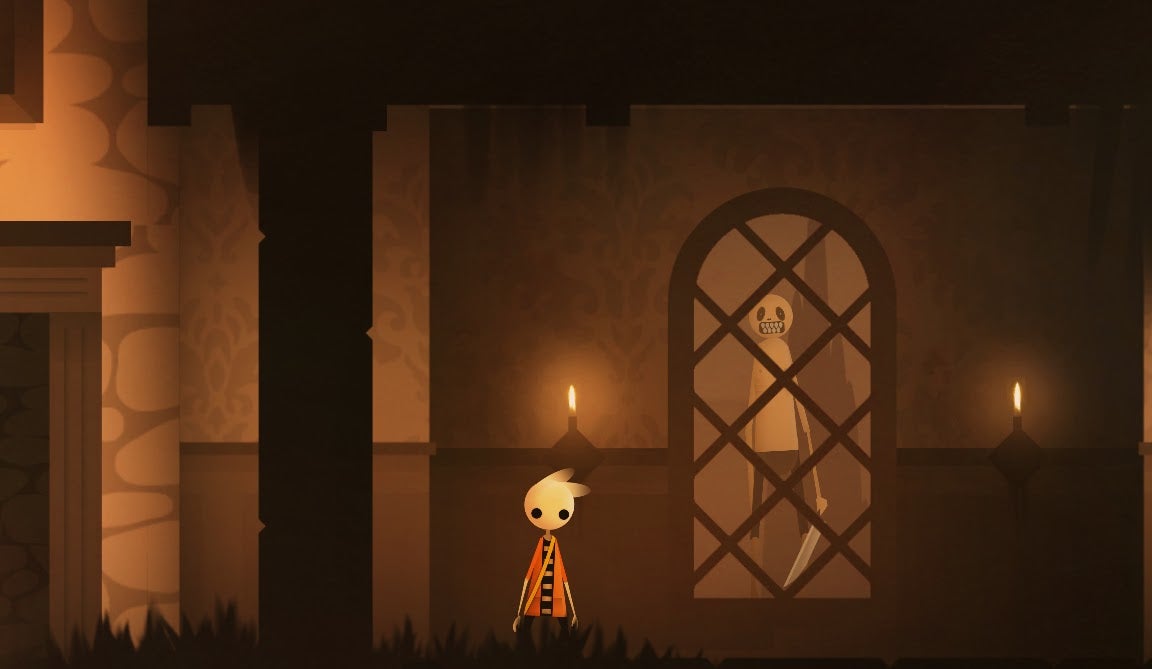 Peet bounces about, a ragdoll child in a ragdoll world, jumping, swinging, and even skateboarding through his bizarre dreamscape, bashing at enemies using his trusty bat. His goal is to find his girlfriend, Wren, despite many of his fellow children assuring him she is long dead. He scours the countryside, explores spider-filled sewers, and searches the asylum for clues to her whereabouts. He’s also looking into the disappearance of the adults of his town, who went searching for Wren and never came back.

There’s a lot of switch-hitting, platform-jumping, and spider-killing in the game’s early moments. The first major puzzle involves rolling about a boy with a rare inflation disease, coating him in muck, sand, and spider eggs in order to wake up a gigantic snake woman.

That seems like a poor way to treat children, but these aren’t normal children. The wispy, waifish younglings inhabiting Peet’s world are exaggerated and creepy. They talk about thigh-eating. They probably deserve it.

Neversong disturbs me on a deep level. I’m having a good time playing, but it is constantly reminding me of dark subconscious journeys I’d rather forget. The game opens with a cautionary message. “Neversong is a moving story of loss and hope. It includes themes, including traumatic death, that some may find emotionally upsetting.” A fitting warning, followed by a very important note: “To those who suffer: Know that you are not alone. Please ask for help.”