A new Tony Hawk’s Pro Skater game is coming out this year and it is a remake of the first two games. This would be more exciting if they hadn’t already done this same thing back in 2012. How about this: Stop remaking those classic games and remake Tony Hawk’s Underground, please.

I love those first Tony Hawk’s Pro Skater games. When I was younger I had to get my parents to buy me a new copy of THPS2 on PS1 because I played it so much that I ruined the disc. (I also took terrible care of my games back then, which probably didn’t help.)

But we already got a remake of those games. Yes, THPSHD wasn’t great and I understand folks wanting a better remake of the first two games. However, I can’t help but feel like Activision and Tony Hawk are focusing too much on ONLY these games and not looking at what came later in the series, the amazing Tony Hawk’s Underground.

For starters, it has the best abbreviation in the series: THUG. Saying THUG is fun. Try it right now. THUG. See, fun.

Beyond having a great abbreviation it also introduced a lot of new ideas and mechanics to the franchise. One of the biggest new features is the ability to get off the board and walk around. This suddenly allowed series developers Neversoft to create more varied levels. Not every area in each map needed a ramp or rail to access it. It also helped them add more narrative, another big change for the franchise.

The story in THUG is about a young person who has a friend. Both of them are skaters and both of them are trying to become successful and popular skaters, like Tony Hawk. Eventually, your friend betrays you and you have to figure out how to become famous while dealing with an arsehole who has it out for you. It’s not the most complex narrative ever told, but compared to the previous games it’s like a Scorsese film. A good one.

Another bonus of not having the main character glued to their board all the time is Neversoft was able to create more interesting missions and challenges. There was less of a focus on timed runs now too, instead players got to explore large (for the time) open worlds located around the globe. These locations felt dense and filled with things to do and see.

Now, you can argue about if these new additions were ultimately good things for the series or ended up becoming too much and sinking later games. But here, in THUG (still fun to say), these features were new, fresh and didn’t feel too distracting. This isn’t THUG2, where Jackass members are appearing and the game feels less about skateboarding and more about “Bam Margera is being wacky!!” No, THUG is all about skateboarding and the people who skate in a way that none of the other THPS games ever truly nailed.

Fans have done a great job keeping THUG alive. Well THUG2, really. THUGPro is a total conversion mod of THUG2 that is trying to be the ultimate Tony Hawk game. It currently features levels from a wide variety of Tony Hawk skating games and even that weird Disney Skating game that used the THPS4 engine. In fact, this mod is so good that the devs behind the not-so-great THPSHD and also bad THPS5 recommended fans just play THUGPro. I agree.

Tony Hawk’s Pro Skater 1+2 looks promising. It seems to be adding in features found in later games, like reverts, which I think is fine. And the game looks really good, even if the skaters are looking a bit old in 2020. I’m hopeful that it ends up being another fantastic THPS game, though at this point I’ve had my heart broken twice with new Tony Hawk games. (Three times if you count that crappy mobile game.) 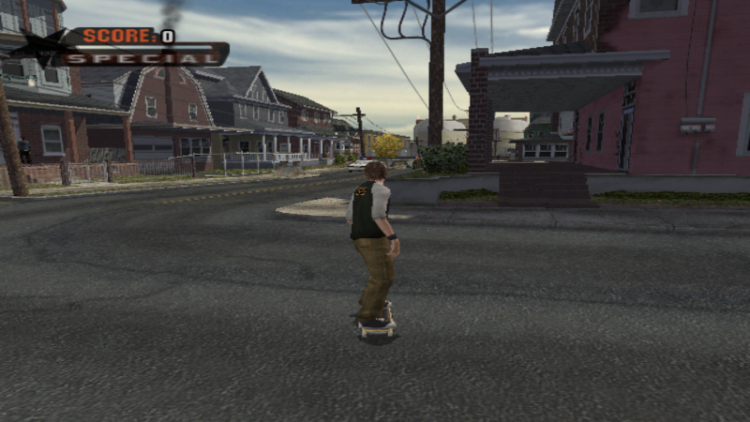 But what I want and what I think a lot of folks want, is a big-budget, well-made remake of THUG. The original was released almost 17 years ago. It feels like we have all waited long enough. Besides, THPS1+2 already got remade. And before that, the Dreamcast port back in the day was very good too, with improved visuals and animations.

Tony Hawk’s Underground, meanwhile, seems to have been forgotten by Activision and Tony Hawk himself. How sad. Maybe after this new remake of THPS1+2, we can show THUG some love?