Having The Terminator And RoboCop In The Same Game Is Excellent

mortal kombat 11 aftermathrobocopterminator
To sign up for our daily newsletter covering the latest news, features and reviews, head HERE. For a running feed of all our stories, follow us on Twitter HERE. Or you can bookmark the Kotaku Australia homepage to visit whenever you need a news fix.

The Terminator and Robocop in Mortal Kombat 11 isn’t the energy I bargained for today, but holy hell is it welcome.

The next story expansion for Mortal Kombat 11, Aftermath, is dropping next week. It won’t have Millena – sorry Mortal Kombat 2 fans – but it will include RoboCop. Fujin and Sheeva are returning as playable characters as well, but neither of those things are as exciting as being able to have fights with RoboCop and Terminator in the same game.

Mortal Kombat 11 features an extensive cast of classic and modern characters, but fan favourite Mileena remains a glaring exception. And while she’s finally set to make a brief appearance in the upcoming Aftermath expansion, something tells me her vocal fanbase won’t be satisfied with this small concession.

To highlight how wonderfully warped all of this is, the game’s local publishers have put out a round of gameplay featuring Arnie and the RoboCop. The latter is dead certain that the two have met, but Arnie’s memory gets wiped more times than gym equipment these days. Naturally, there’s a lot of gunfire and rockets. RoboCop’s X-Ray is excessive in the comical sense, and their fatality is pretty damn good as well.

Anyone who already owns Mortal Kombat 11 will get a free patch next week, adding friendships, stage fatalities and new stages to play on. For all the other stuff, you’ll have to grab Aftermath for $59.95. It’s launching on all consoles, Switch included, from May 26 (May 27 on Steam for Aussies). If you don’t have Mortal Kombat 11 at all, there’s a Aftermath Kollection bundle for $89.95 launching digitally and, from next month, at retail.

Either way, can’t wait. It’s gonna be fun to see how RoboCop fits into the weird world of Mortal Kombat lore, even if the act of playing Mortal Kombat has gotten a bit weirder. 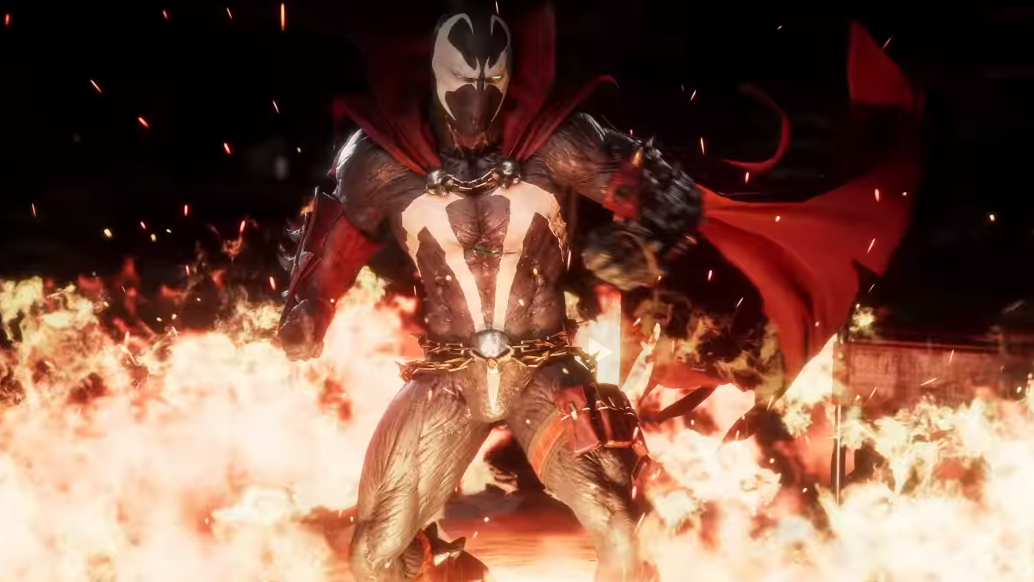 Spawn Has A Lot Of Weapons In Mortal Kombat 11

NetherRealm Studios gave us our first real look at Mortal Kombat 11's sixth DLC character during last night’s tournament and one thing’s clear: everything Spawn does will hurt you.

OK, I mean, it’s actually the T-800, or more specifically, the older version from the upcoming Terminator: Dark Fate. But hey: It’s basically Arnold Schwarzenegger, a shotgun, and a world of cybernetic hurt.