Clubhouse Games: 51 Worldwide Classics, developed by Japanese studio Agenda, is the follow-up to 2006’s Clubhouse Games for the Nintendo DS. The DS version only included 42 games, so this new one is nine games better. There are games that use playing cards, like Blackjack, Solitaire, and War. There are sports games like golf, darts, and bowling. There are toy versions of tennis, soccer, curling, boxing, baseball, and tennis. There are classic board games under generic names so as not to infringe on copyrights. Nintendo asked us not to list all 51 games in our preview, so here is a Nintendo video that lists all 51 games.

The games of Clubhouse Games are beautifully rendered. The glimmering Mancala pieces and gorgeous Nintendo Hanafuda cards make me long for their real-world counterparts. Playing Yacht Dice, the game’s version of Yahtzee, you can feel the dice rattling in their cup and spilling across the felt game board. The sound design is exquisite—I could cycle through the game list all day long.

Though there are plenty of options for multiplayer, including online and guest play for up to four local Switch consoles, so far I’ve mainly been playing single-player against the game’s AI. The CPU starts on normal difficulty for most games, with new levels unlocked when the player beats the previous one. The AI works better in some games than others.

In Four-in-a-Row, which is really Connect Four, the CPU is a worthy opponent, causing me to curse repeatedly as it attacks from multiple fronts, tricking me into blocking one set of four chips as it sets up three more, the rotten bastard. In a game like good old Dots and Boxes, in which players take turns drawing lines on a piece of paper to form boxes, it’s very easy to trip up the CPU. 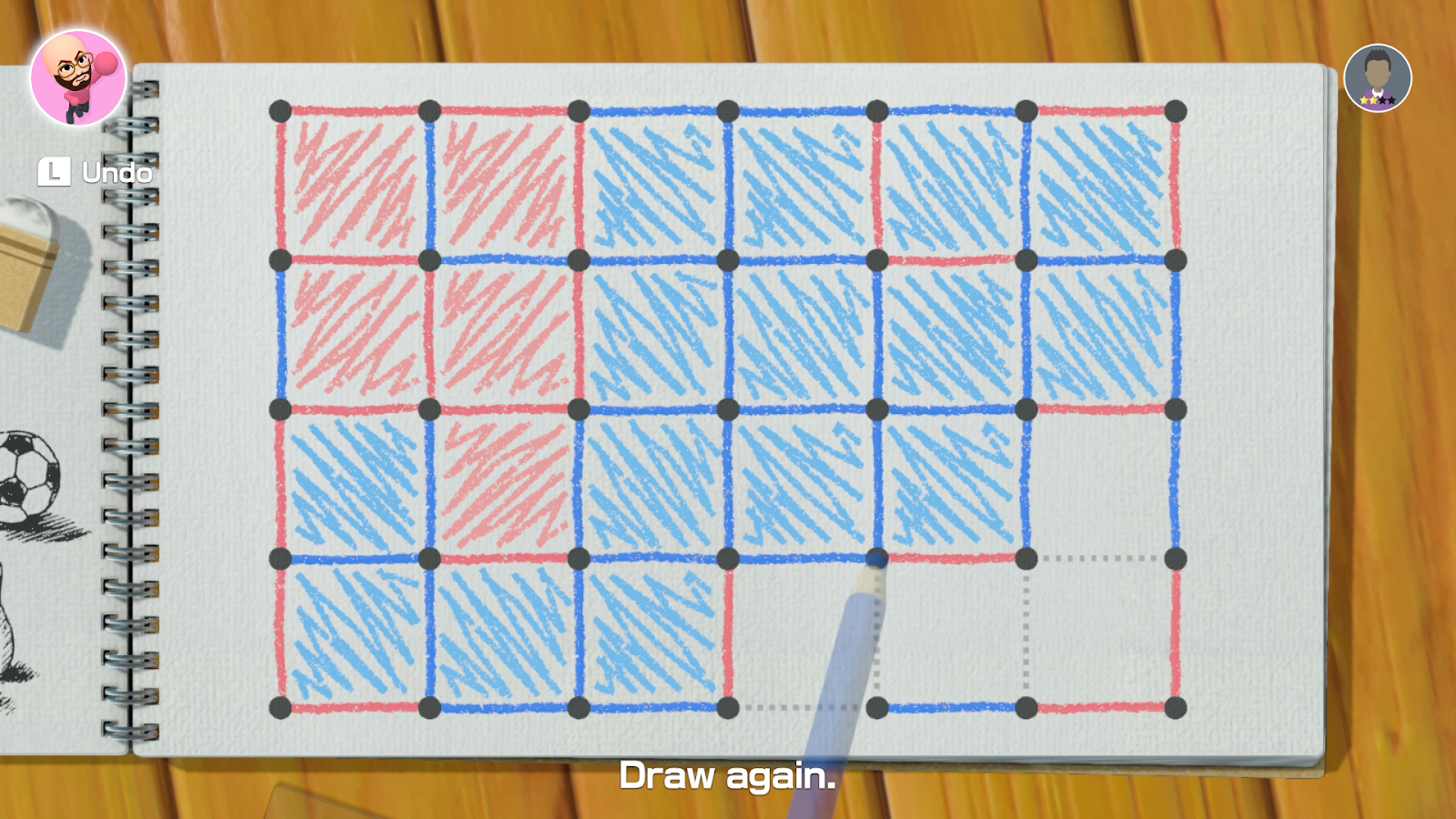 Most of Clubhouse Games’ games are best played with other people. They are also best played by either utilising the touch screen as a game board or with Joy-Cons. Several of the sportier games, including bowling and darts, utilise surprisingly good motion controls to simulate aiming and throwing. All games can be played in portable or TV mode. Certain games will not, however, work with a Switch Pro Controller, so I’d stick to Joy-Cons for big screen play.

My favourite aspect of Clubhouse Games so far is how well it teaches me to play games I’m not familiar with. I’ve played versions of Japanese card game Hanafuda in other games, most recently Sega’s Sakura Wars, and I’ve never quite followed what was going on. The Clubhouse Games version starts with a cute little back-and-forth between computer players, explaining the basics of the game, followed by a comprehensive how-to. Once in the game, I can press the L button at any time for a cheat sheet showing which Hanafuda cards make which sets. Now I know what I am doing. 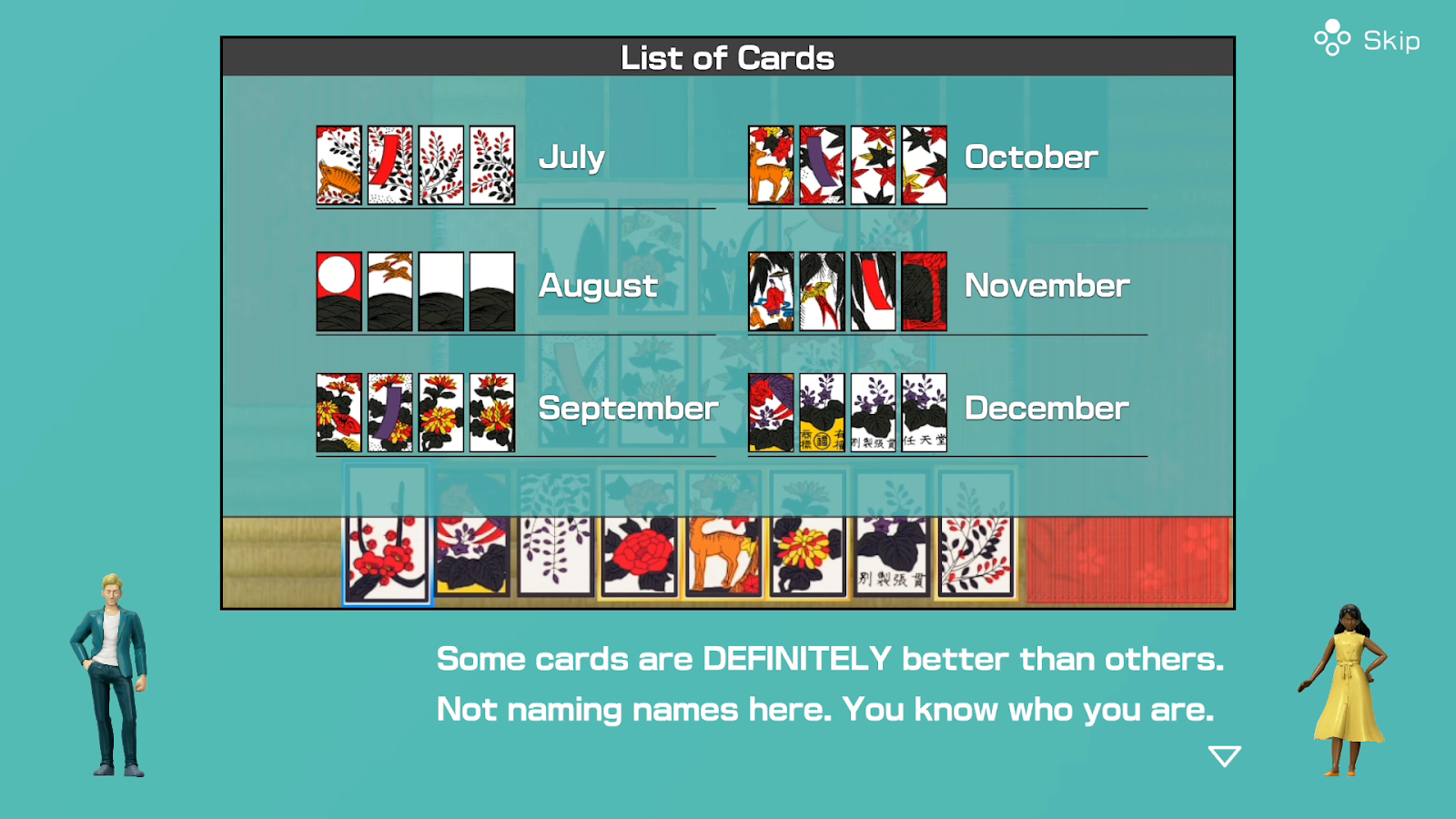 And if 51 games seems overwhelming, there are a series of global game guides who break up games into small themed sets. Guide Shikibu, for example, presents games that were manufactured by Nintendo back when its main focus was card and board games. Hanafuda, Gomoku (AKA Go), President, Shogi, and Riichi Mahjong represent Nintendo history. Playing these games unlocks bits of trivia about the games and their origins. 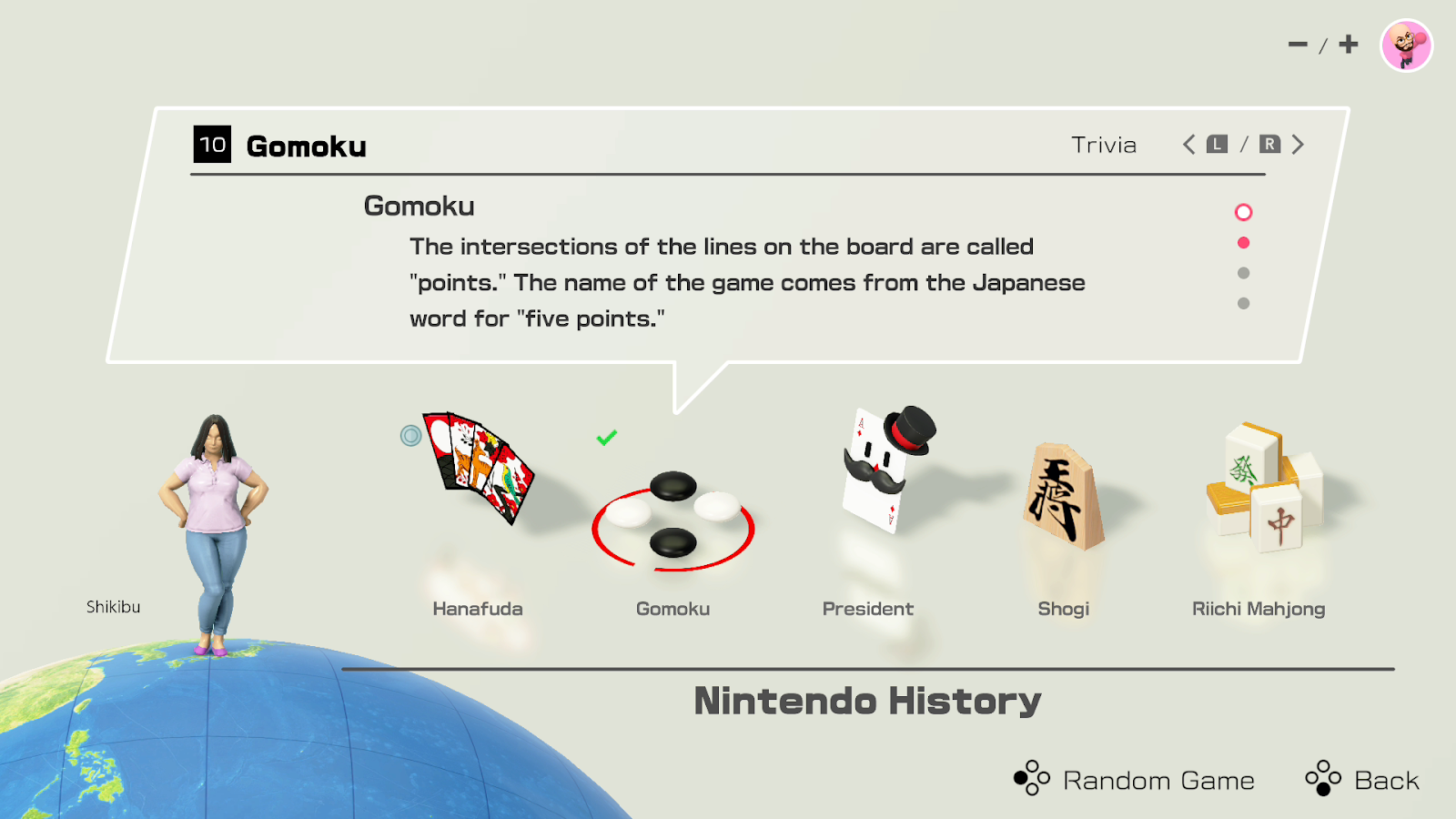 Clubhouse Games: 51 Worldwide Classics doesn’t just collect games, it celebrates them, teaches them, and helps keep their legacies alive. I’m looking forward to introducing my children to the joy of beating their dad at all of these games in the coming weeks.