Bungie announced today that it’s changing Destiny 2’s new community quest for the Felwinter’s Lie shotgun to make it less of a chore.

“We have made adjustments to ‘The Lie’ Quest and Seraph Tower Difficulty,” the studio wrote on Twitter. “Champions have reduced power level and event progression has been slightly tuned.” In addition, Bungie will now apply a 5X multiplier to progression during the week and a 10X multiplier come the weekend. It might just be enough to lure players back into a questline many quickly abandoned because it seemed so tedious.

Added in yesterday’s weekly reset, The Lie questline requires players to collectively complete 9,000,000 Seraph Tower public events. It sounds like a lot… and it is. The good news was that each player’s completion of a given public event would count toward the required total, so nine players—the max that can run a Seraph Tower together—would count for nine completions. 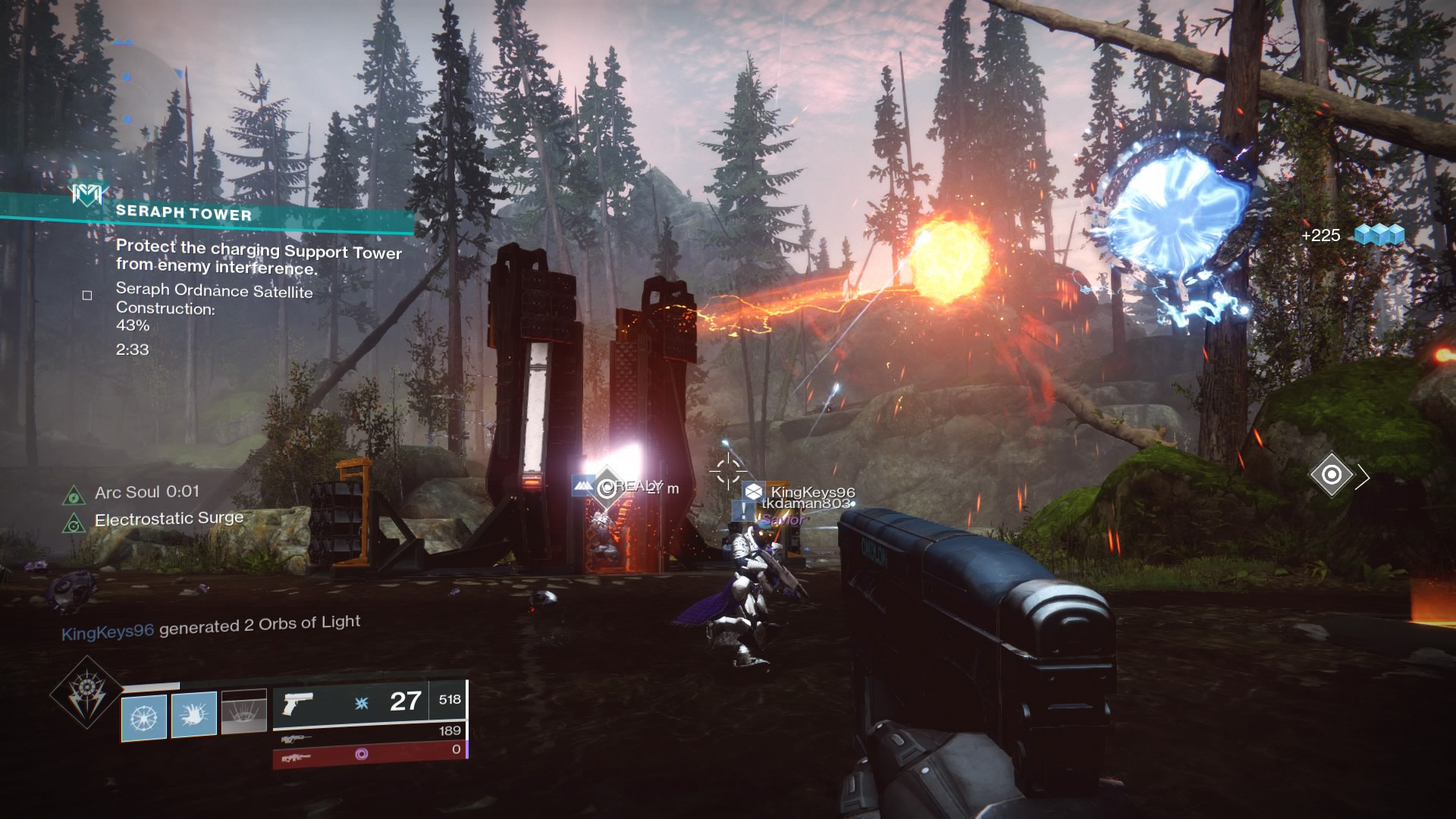 The bad news was that Seraph Tower events are not fun and very frequently end in failure. The event requires you to kill waves of enemies quickly in order to keep them off platforms that spit out orbs of energy. These orbs are in turn thrown at a bigger orb of energy in order to power up the tower. It can be hard to keep enemies off the platform if you’ve only got five or six people present, and since there’s a time limit you don’t have much room for error. The rewards are stingy as well, leaving many players to focus their efforts elsewhere which creates a negative feedback loop that only makes the activity that much harder to efficiently grind. 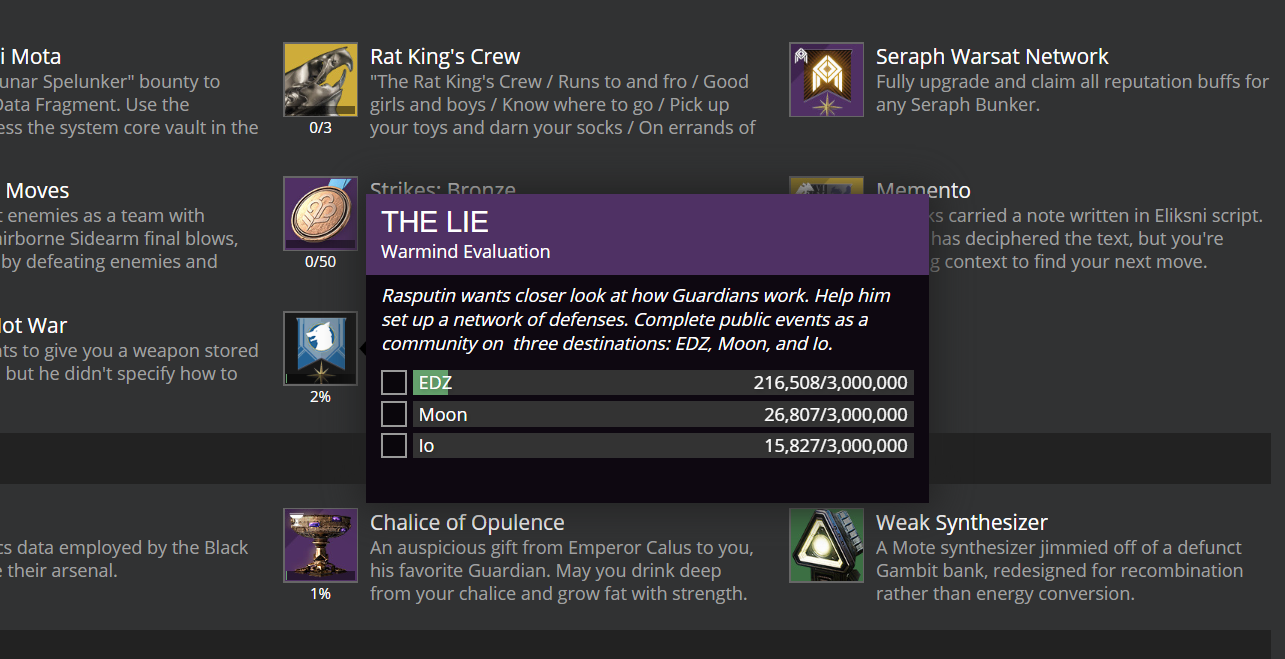 That’s resulted in progress being a lot lower than what you might expect based on how aggressively the community has tackled other group events in the past. At the time of writing, players are only up to 191,178 completions for the EDZ Seraph, 24,894 for the Moon one, and 14,739 on IO. As PC Gamer editor Phil Savage noted, at this rate it would take more days to complete the quest than are left in the current season. But with the new 5x multiplier it should take less than a week, even if most players continue to sit on the sidelines.

While it won’t make running Seraph Towers any more fun, at least the pain of grinding them will more quickly come to an end.