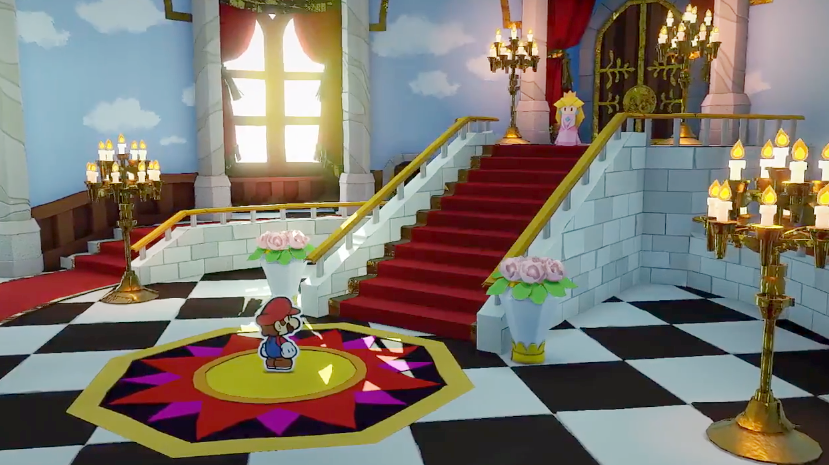 Nintendo announced a new Paper Mario game coming to Switch July 17 called Paper Mario: The Origami King. It’ll be the sixth game in the series and the first on the new console.

Here’s a trailer, complete with a Metroid easter egg at the end:

The story looks like it’ll revolve around trying to liberate Princess Peach’s castle from a new paper-based menace called King Olly, who, according to Nintendo’s press release, wants to “fold the entire world.” Exploration will be based on a new ability called “1000-Fold Arms” in which Mario extends his appendages in weird ways to solve puzzles and navigate environments. It sounds like you’ll be able to team up with a few allies at various points as well, including Bowser.

A short clip has surfaced on Nintendo Japan’s YouTube page that shows combat in a little more detail. In the video, the player faces off against enemies in a ring-shaped arena and needs to get them lined up in order to hit as many as possible in a single turn:

A new Paper Mario game was previously reported to be coming this year back in March. In an interesting move, Nintendo has decided to drop the news out of the blue rather than reveal it through a Direct.

Nintendo has had Directs specifically for Pokemon and Animal Crossing this year, but none laying out its more general plans for the coming year. As a result, the back half of the Switch’s 2020 release calendar is looking sparse. Paper Mario: The Origami King will certainly help fill that gap a bit.

Update: 4:10 am AEST: A dataminer has found the listing for the game on the eshop, where a 1.0 version of it appears to have been uploaded on May 4. That strongly suggests the game is finished. Nintendo tends to finish making games well before release, but this is a long lead time even for them.

Paper Mario: The Origami King has been finished for two weeks, 6777MB pic.twitter.com/k7C1rzfyr4