Playmobil Does Scooby-Doo And Crew Right

Iconic German toy line Playmobil continues the licensing push it started in 2017 with Ghostbusters and How To Train Your Dragon with a small series of sets featuring Scooby-Doo and his gang of hard-edged mystery-solving teenagers. It’s my favourite toy version of the cartoon legends yet.

Harnessing the simple circle-eyed faces that have been gracing knights, fairies, construction workers, and other figures since the line began back in 1974, Playmobil taps into the same magic that makes Lego minifigures and Pop vinyls so popular. It’s a figure format where the characters are easily identified as who they are supposed to be, while maintaining a uniformity capable of tying together any number of pop culture properties. 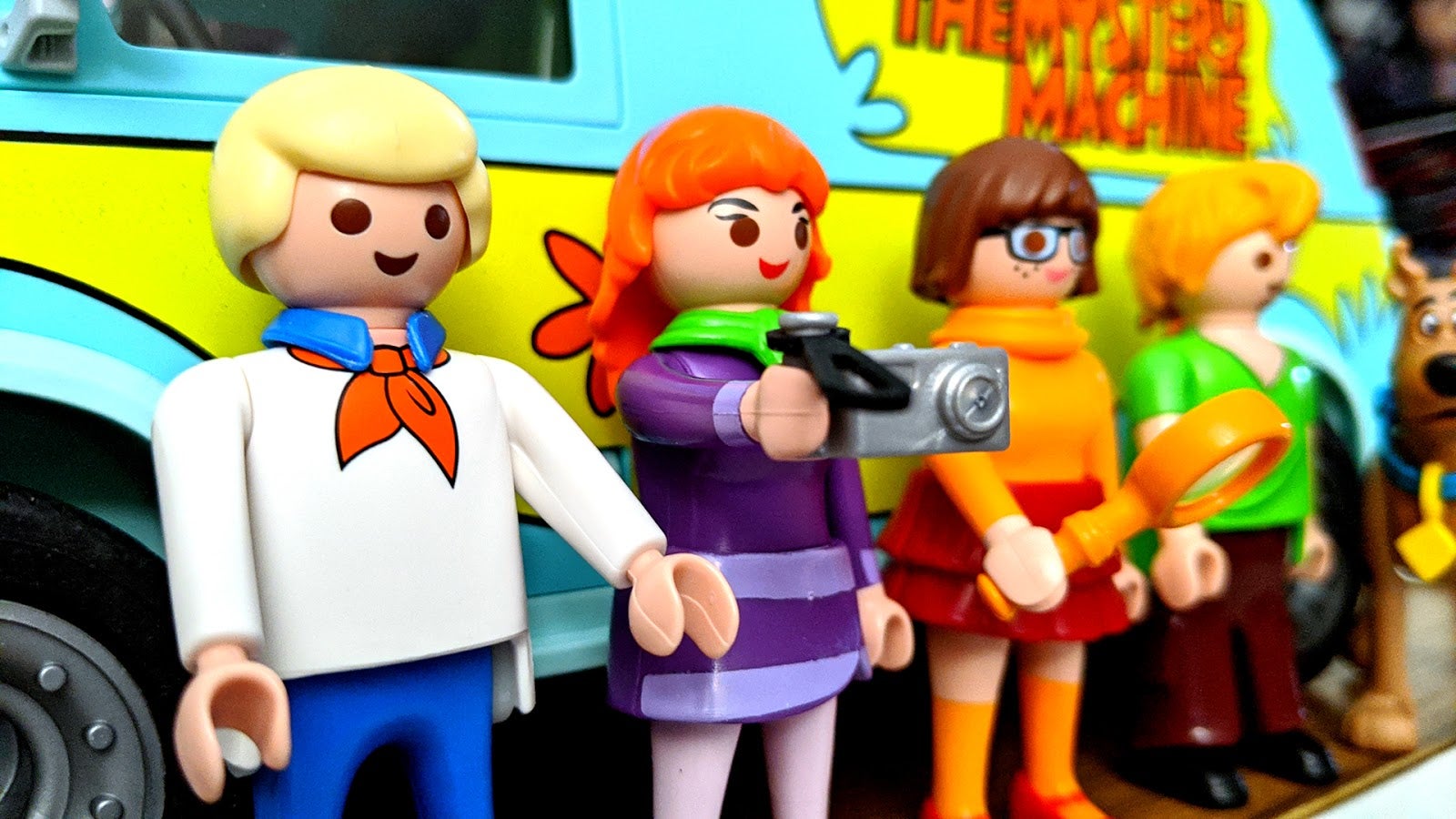 The toys in this article come from two different Playmobil sets. Fred, Daphne, and Velma come in the $78 Mystery Machine set. Inside the box are the three characters, a ton of small handheld accessories like a camera and magnifying glass, and an outstanding version of their groovy ride. 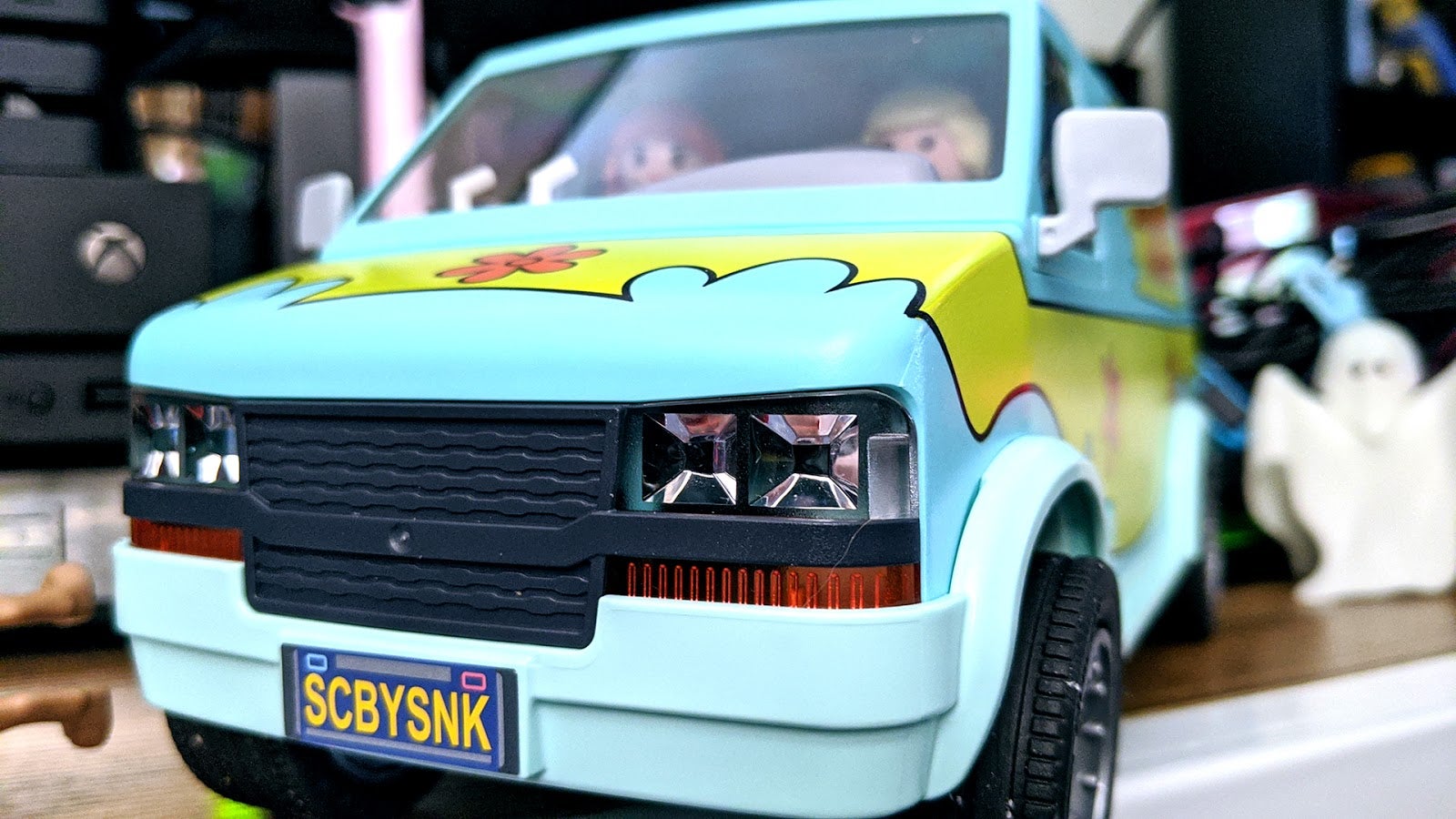 Needs a smoke machine for when the doors open. (Photo: Mike Fahey)

The Mystery Machine requires a little assembly and some sticker application, but it goes together pretty quickly. It’s got rubber rolling wheels, hollow for a little bouncing van action. The front windshield comes off to insert driver and passenger. There are a pair of cupholders on the dashboard, with tiny cups to place there. 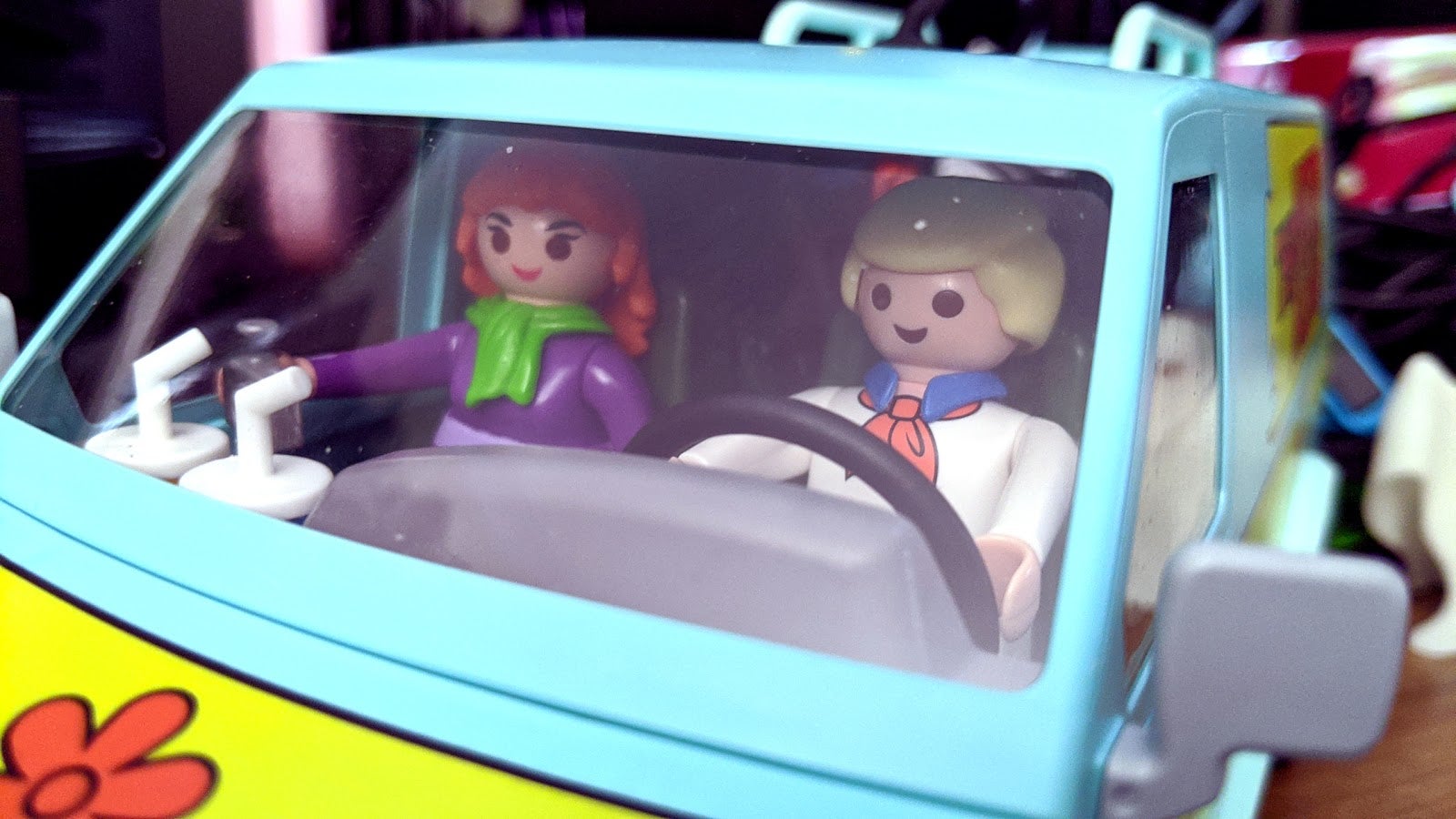 The rear doors of the van open and the top comes off, revealing seating and some important electronic mystery-solving supplies. 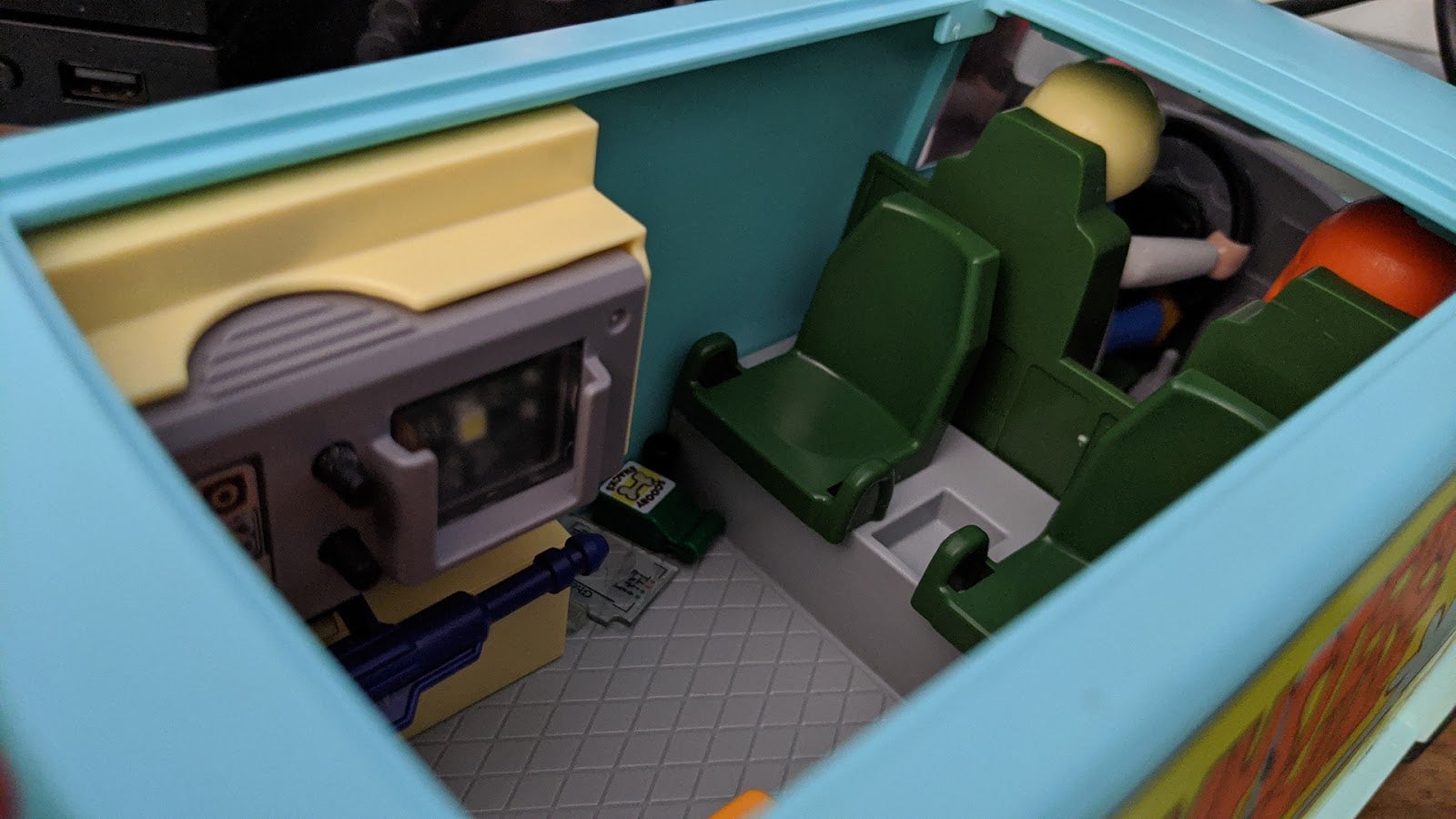 Integral to the set is the central crime-solving computer, a battery-operated device that can be removed from the interior of the ride. Kids of all ages can insert transparent slides with stickers applied into the device, to display important information. 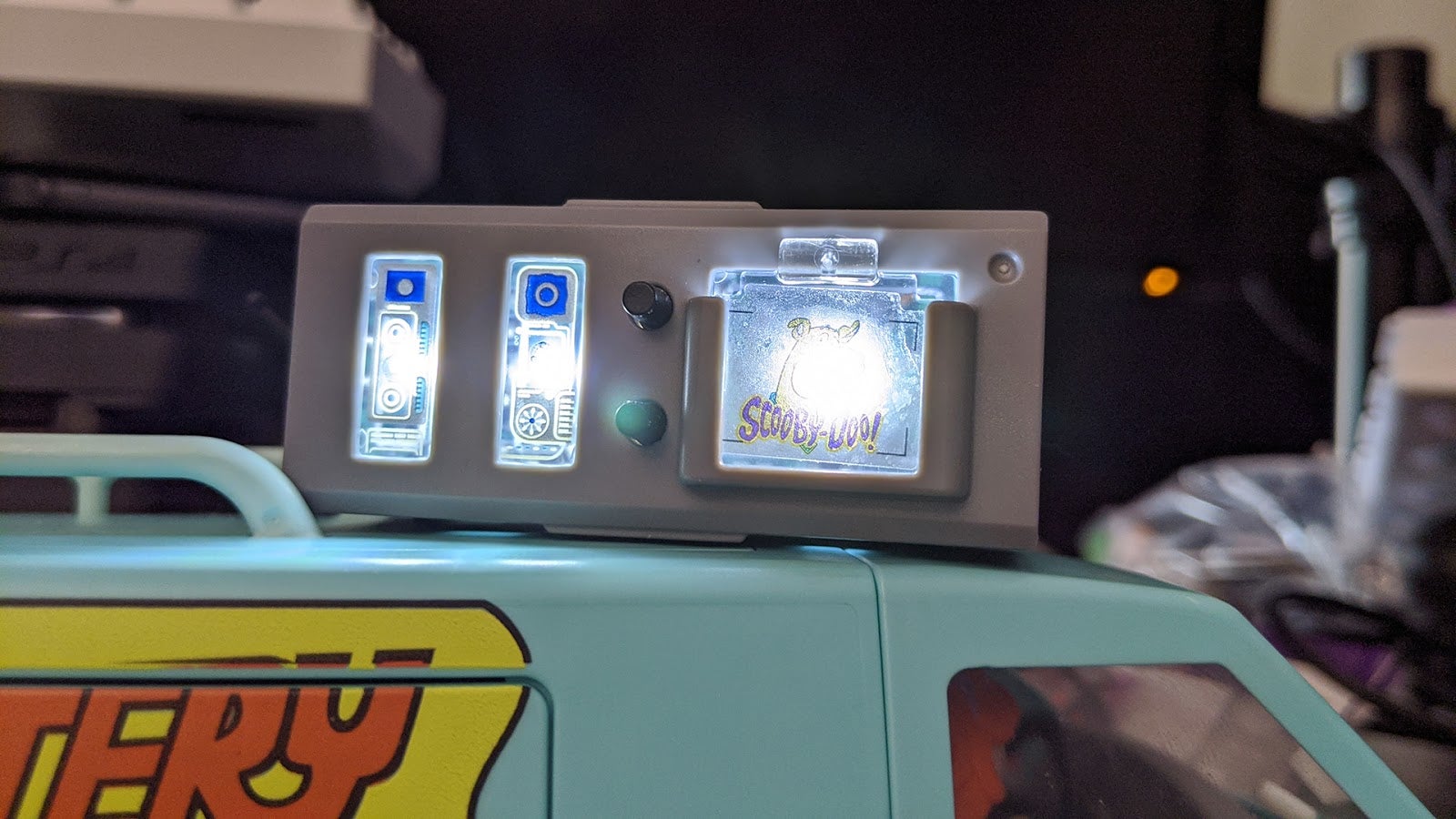 It’s an excellent set, but it’s missing a couple of things—namely, Shaggy and Scooby-Doo. Those two come in the $US13 ($20) Scooby and Shaggy with Ghost set. It includes Scooby. Also Shaggy. And a ghost. 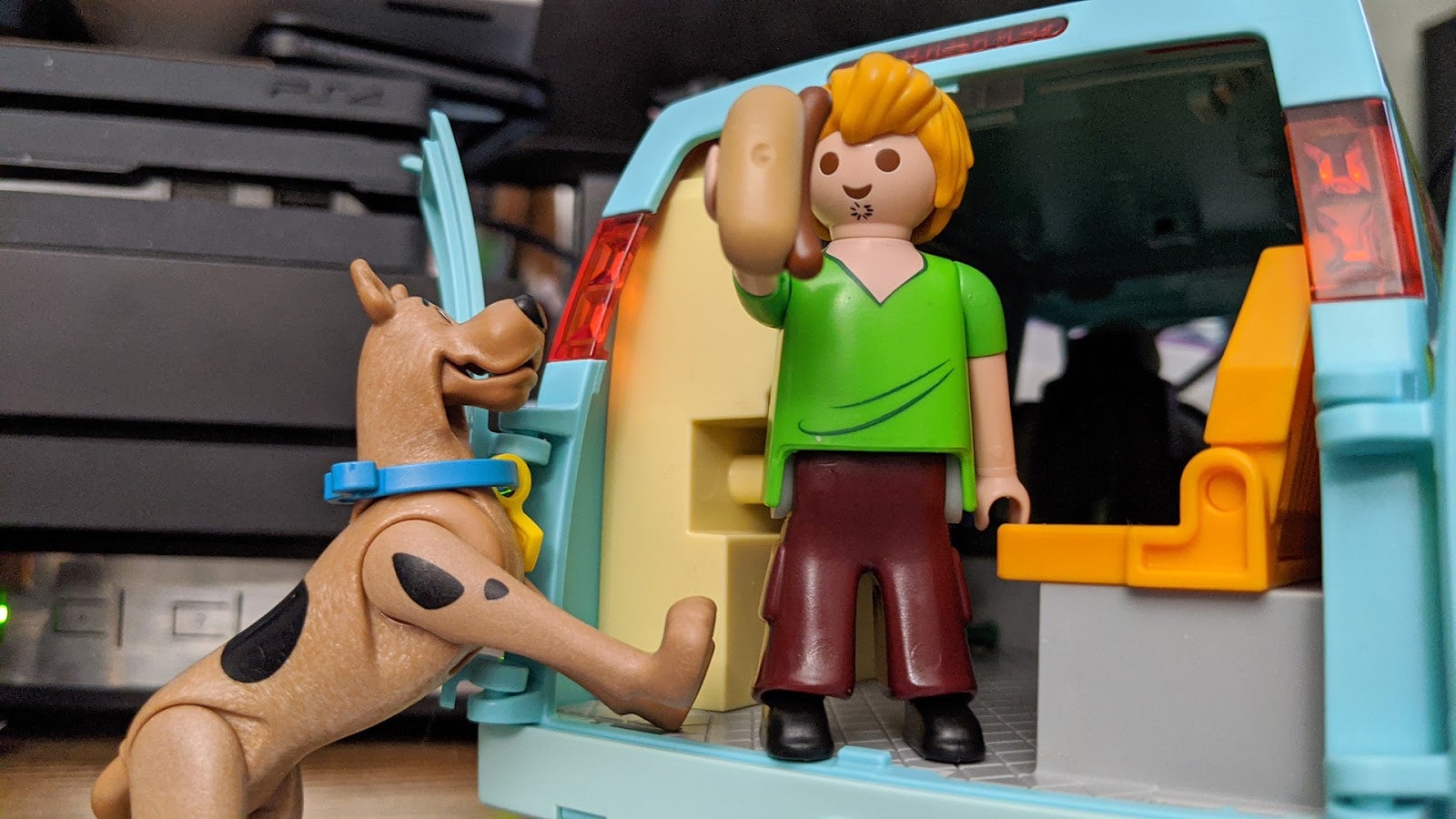 The only problem with Scooby-Doo is he is not a human being, so he looks very distinctive when standing next to his companions. He has textured fur and eyes with whites. Technically the ghost that comes with the set isn’t human either, but this is Scooby-Doo, so he’s just a guy in a costume. Spoilers. 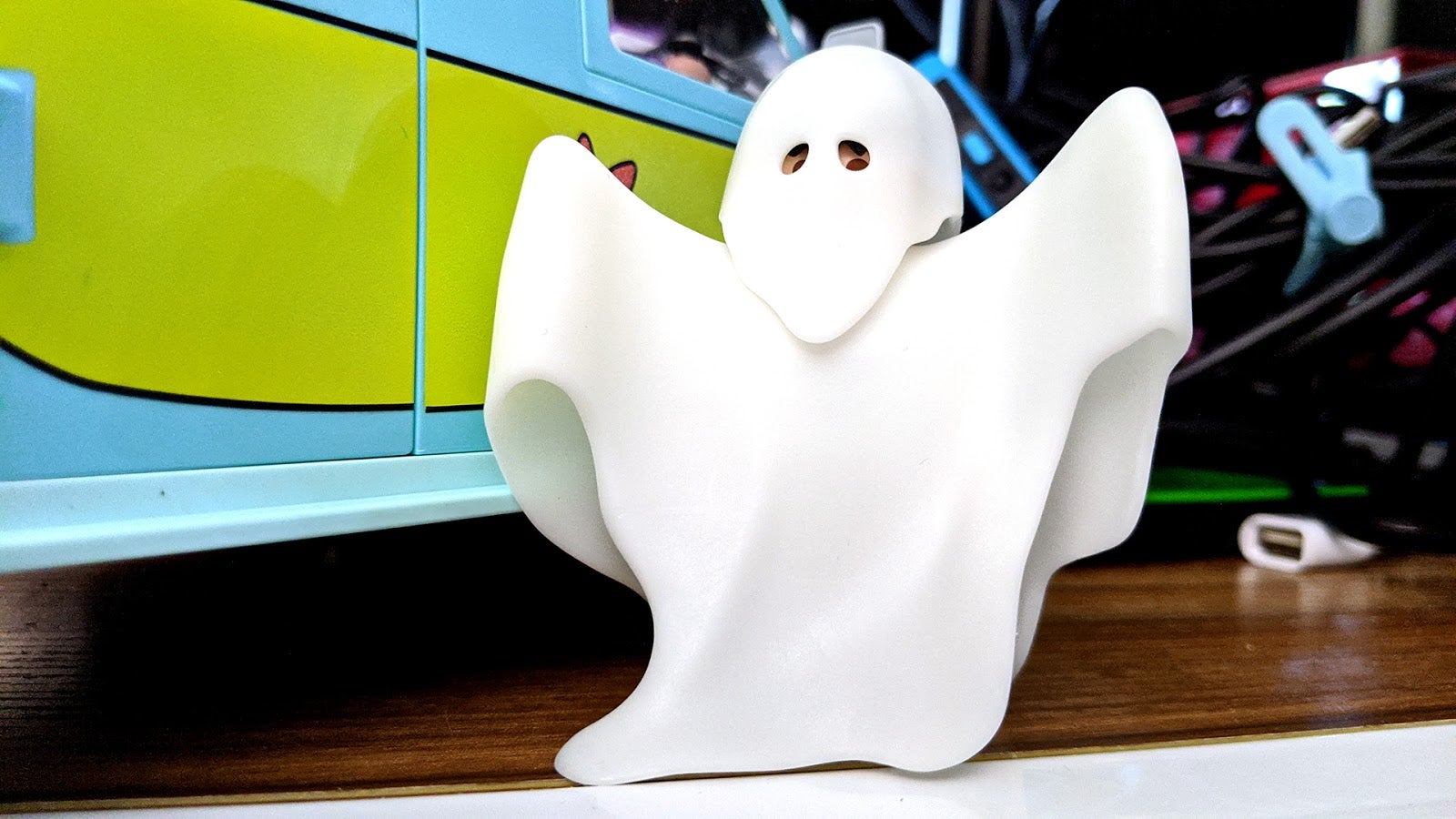 I think Scooby-Doo and Playmobil is a perfect fit. The two sets are lovely, with plenty of moving parts, accessories, and opportunities to set up entertaining scenarios, if you’re into that sort of thing. For bonus fun, combine them with Playmobil’s Ghostbusters sets and watch the gang try to rip masks off of actual undead spirits. Jinkies! 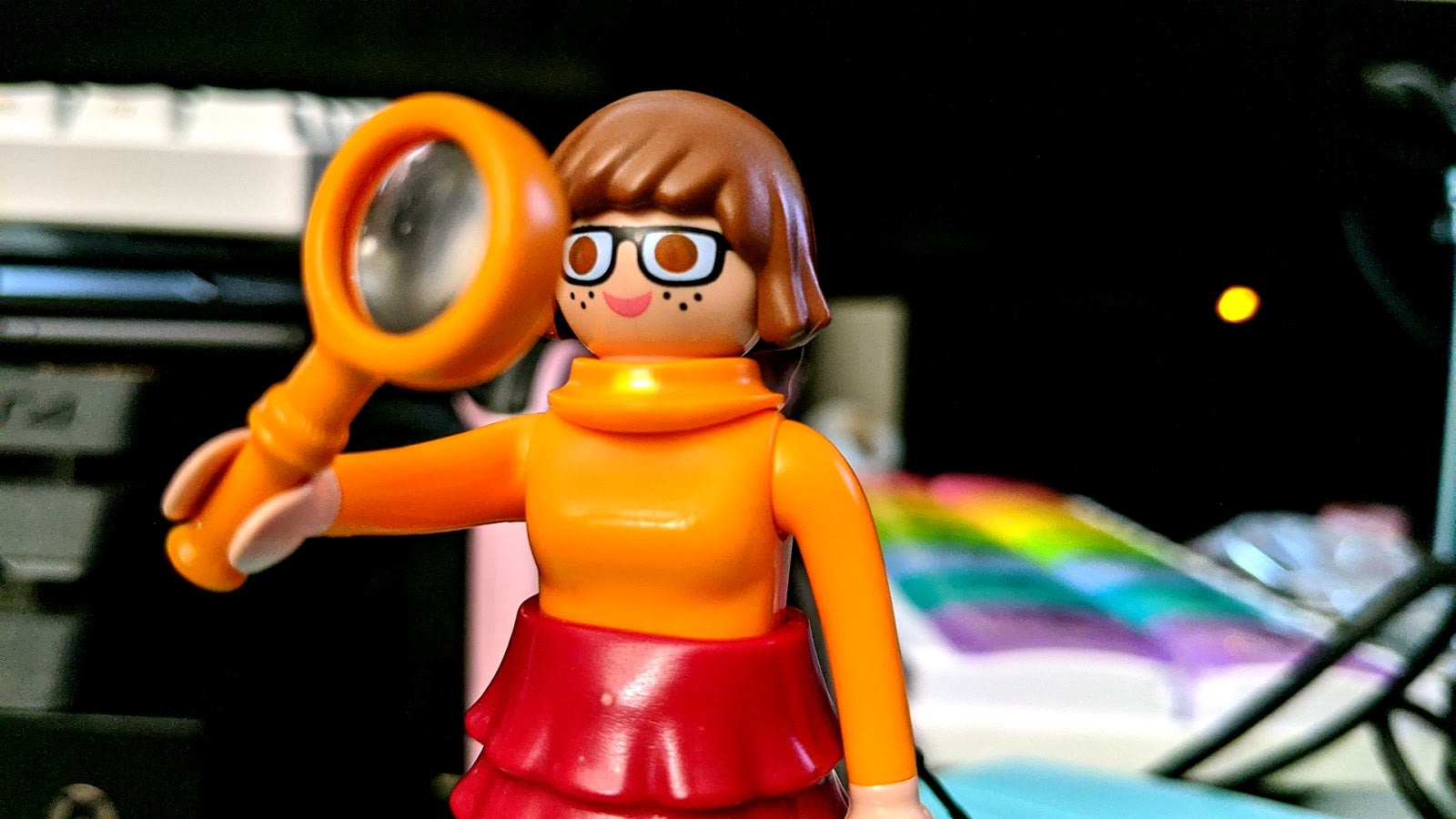