Serious Sam 4 Is Set To Launch In August, So Get Ready To Kick Big Alien Butt

Serious Sam 4: Planet Badass has been a long time coming. While it previously held a nebulous 2020 release, it’s now been confirmed the game is releasing in August this year. Here’s what you can expect.

Serious Sam‘s last main franchise entry came in 2011 with FPS shooter Serious Sam 3: BFE. Taking place in Egypt, the game was a prequel that tracked Sam through his early days of conquering aliens and protecting the Earth.

Serious Sam 4 continues all the alien invasion action with Sam facing the greatest alien siege on Earth yet. As Mental’s hordes spread throughout the globe, it’s up to Sam and his Earth Defence Force goon squad to save the day.

On the way there, he’ll be tasked with blasting a variety of new and returning enemies including towering monsters, minions, zombies, skeletons and a rather unpleasant-looking fellow known as the “Werebull”. As you might expect from the Serious Sam franchise, players will be armed with a variety of explosive weaponry and killer tools from the simple double-barrelled shotgun to the mighty laser beam of death.

You can go it alone, but if solo mode isn’t your jam you’ll also be able to play through the game with up to four friends in online co-op mode.

Alongside the announcement, Croteam and Devolver Digital have also released a brand new trailer, which you can check out below:

It’s set to be a rip-roaring ride.

Serious Sam 4 launches in August 2020. Around the launch, Devolver is planning a sale event on all Serious Sam games with past titles going for up to 90 per cent off. You can find further details at the Serious Sam website.

Serious Sam 4: Planet Badass will launch on Steam and Google Stadia. (Note that Google Stadia is not yet available in Australia.)

Stay tuned to Kotaku Australia for more news about the game and the upcoming Serious Sam celebration. 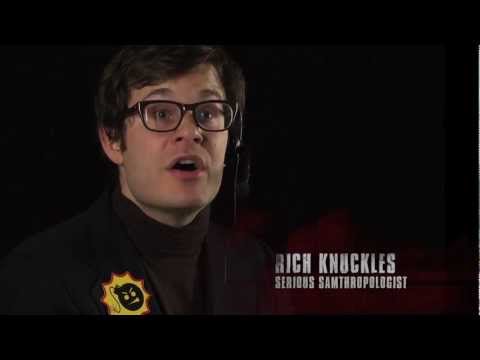 A History Of The Serious Sam Series

Call this a developer diary, call it a trailer, I don't care. There's facts beneath the bullshit, the bullshit is entertaining, and that guy has a great turtleneck on.