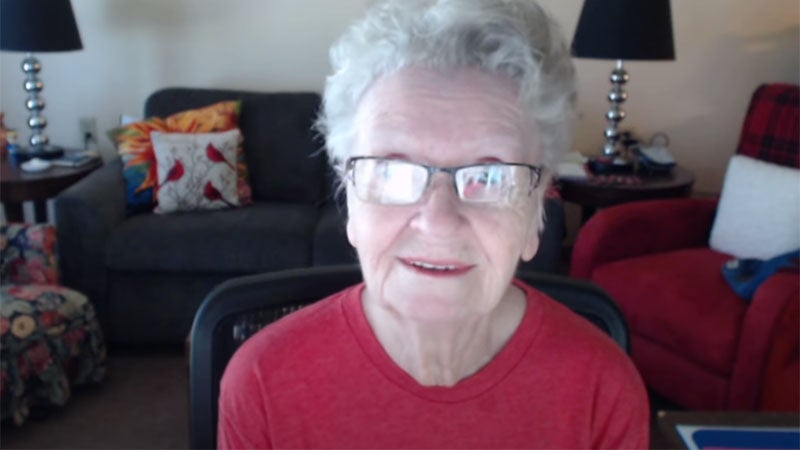 Skyrim Grandma, aka Shirley Curry, is one of the most pure, honest and wholesome video game streamers around. It is absolutely heart-breaking to learn, then, that she’s had to make a new video specifically for the people who cannot stop upsetting her.

In a video posted earlier this month, but only gaining traction over the weekend (which is part of the problem we’ll get to in a minute), Curry explains that she’s tired of constantly being on the receiving end of comments that range from irritating to hurtful.

“I know I shouldn’t let these things stress me out, but they do” she says. “From now on I will respond to very, very few comments. I will be deleting a lot of comments.”

An important thing to note here is that she’s not going to be talking about openly abusive comments. Instead, it’s largely comments where some arsehole thinks they’re being helpful, but is instead, perhaps under the impression the world needs to hear what they have to say, contributing to a swarm of noise that can be everything from tiring to, in this case, genuinely upsetting.

“I don’t have to be reminded and told all the time” which games to play, she says. “I look at all the games, I’m a gamer, if I wanted to play them I would be playing them”.

“I don’t have to explain myself”.

Curry is also sick of having to explain that she’s playing Skyrim to roleplay, not to speedrun or max levels, and that she just has “much more fun when im just playing by myself.”

Aside from the comments, though, another issue she’s confronting is that the nature of streaming has her stressed out. She has a ton of YouTube subscribers—829,000 at time of posting—yet most of her videos only get 5-8k views. Then among those who do watch, most are only sitting around for an average of five minutes, when the clips go for 30-50 minutes.

“I’m wasting my time, and it’s stressing me out” she says, upset that she’s telling stories through her roleplay that she feels nobody is watching or appreciating.

As a result of this, and in addition to a much stricter comment policy, she’s going to be stepping back from trying to post once a day (after she takes a two week break), and will doing things at a rate where she’ll be uploading “a lot less videos”.

“I’m trying to get my health under control, I’m not trying to be cranky.”