Some Tips For Animal Crossing: New Horizons’ May Day Maze 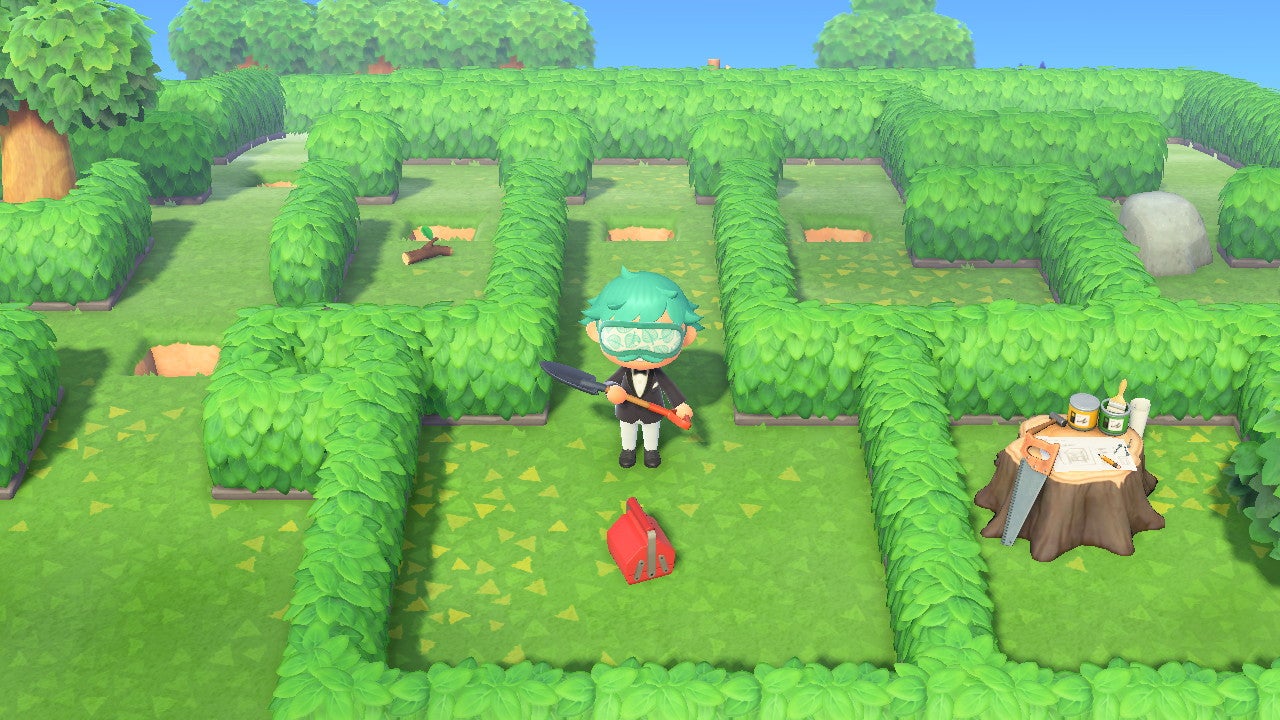 Historically, May Day is a holiday with deep-seated spiritual roots, but you may know it more from its modern reinvention as International Workers’ Day. Animal Crossing: New Horizons is lorded over by the most insidiously craven capitalist in animalkind, but Tom Nook is still using the occasion to let players earn some Bells by navigating a hedge maze.

New Horizons has its own May Day-themed event, starting today and running through May 7. When you visit Tom Nook in Resident Services, he’ll veer awfully close to acknowledging that your island sojourn has been little more than an endless stretch of busywork. Then, he’ll introduce you to the May Day Tour. The May Day Tour is described as a “vacation from your island vacation.” He’ll leave a May Day Ticket for you at the airport, which you can use to visit an island with a maze. Navigating a maze is new, but this holiday-themed event is also more of the same crafting, shoveling, and chopping down trees to earn some sweet, sweet bells.

On the plus side, the May Day event rewards you well for your work: 27,000 bells, if you do it right.

The May Day Ticket grants you a round trip to an island occupied by nothing more than a hedge maze and a merino-clad cat. Before you go, Orville will hold on to all of the stuff in your inventory—don’t worry, you get it all back—so when you arrive, you have nothing in your disposal to help you navigate the maze. The first thing you’ll see at the island is a toolbox, which contains a shovel, which you can use to start puzzling your way through the maze.

We won’t walk you through the maze step-by-step (where’s the fun in that?) but here are a few pointers.

On the northeast corner of the island is Rover, a purple cat with red eyes and a sweater-vest that wouldn’t look out of place in a Greenwich yacht club. Reaching him is the ostensible goal. For your efforts, he’ll give you Rover’s Briefcase. The real goal, in my opinion, is to collect all of the Bell Vouchers.

Bell Vouchers are golden tickets you can sell for 3,000 a pop. There are nine on the island: four in the northeast corner and five in the southwest. You can access the north four easily enough with your shovel. The five in the south are a bit trickier.

The maze contains fruit, which can give you the ability to dig up a whole tree or smash a rock if they’re blocking your way. Try to eat as little fruit as possible while solving the maze: You’ll need to eat three fruits to power-up enough to break the three boulders gating off the five southern Bell Vouchers. If you don’t have three fruits to eat at the end, you’ll find yourself in a position like this: 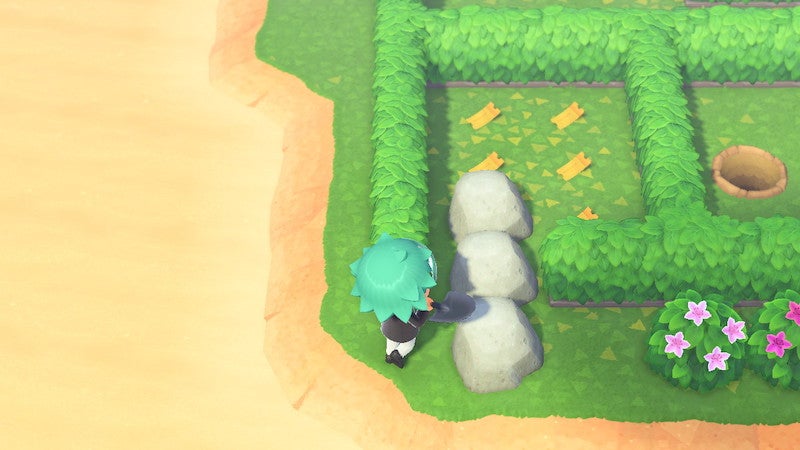 If you get stuck at any point, you can mayday (get it?) for help by using your Nook Phone’s “Rescue Service” app. It’ll cost you a 100 Nook Miles, but you’ll be whisked back to the start of the maze, which will reset. This means you’ll lose all of the Bell Vouchers and tools you’ve picked up. (You’ll still keep Rover’s Briefcase, if you earned that on a first walk-through.)

It looks like you can only run the maze once—don’t blame me for time-travelling, but, when I set my Switch clock ahead a day, I wasn’t offered a May Day Ticket—so make sure you grab all the loot before you leave.