You may remember the great Donkey Kong controversy of 2018, which stripped divisive arcade gamer Billy Mitchell of a years-long reign as Donkey King, of Guinness World records, and of his name from the leaderboards. Now, as Ars Technica first reported, Mitchell has filed a defamation suit against the gaming organisation Twin Galaxies, the highest scorekeeper in the land, which ruled his all-time high scores to be illegitimate. Citing a litany of positive media write-ups declaring him to be one of the all-time best arcade gamers, the complaint argues that the rejected score was part of a conspiracy of malice, an attempt to get “internet ‘clicks’”, and that Twin Galaxies had called him a “cheater.”

Footage of his over one-million point scores (the subject of a 2007 documentary The King of Kong: A Fistful of Quarters) fuelled a public blowup in 2017 when a user on the Twin Galaxies forum noticed that the graphics display in the video of Mitchell’s gameplay appeared to have been produced on MAME emulation software—which could theoretically be manipulated to speed the game up—rather than the original arcade hardware. (As one investigator has pointed out, the arcade version tellingly generates images in strips.) 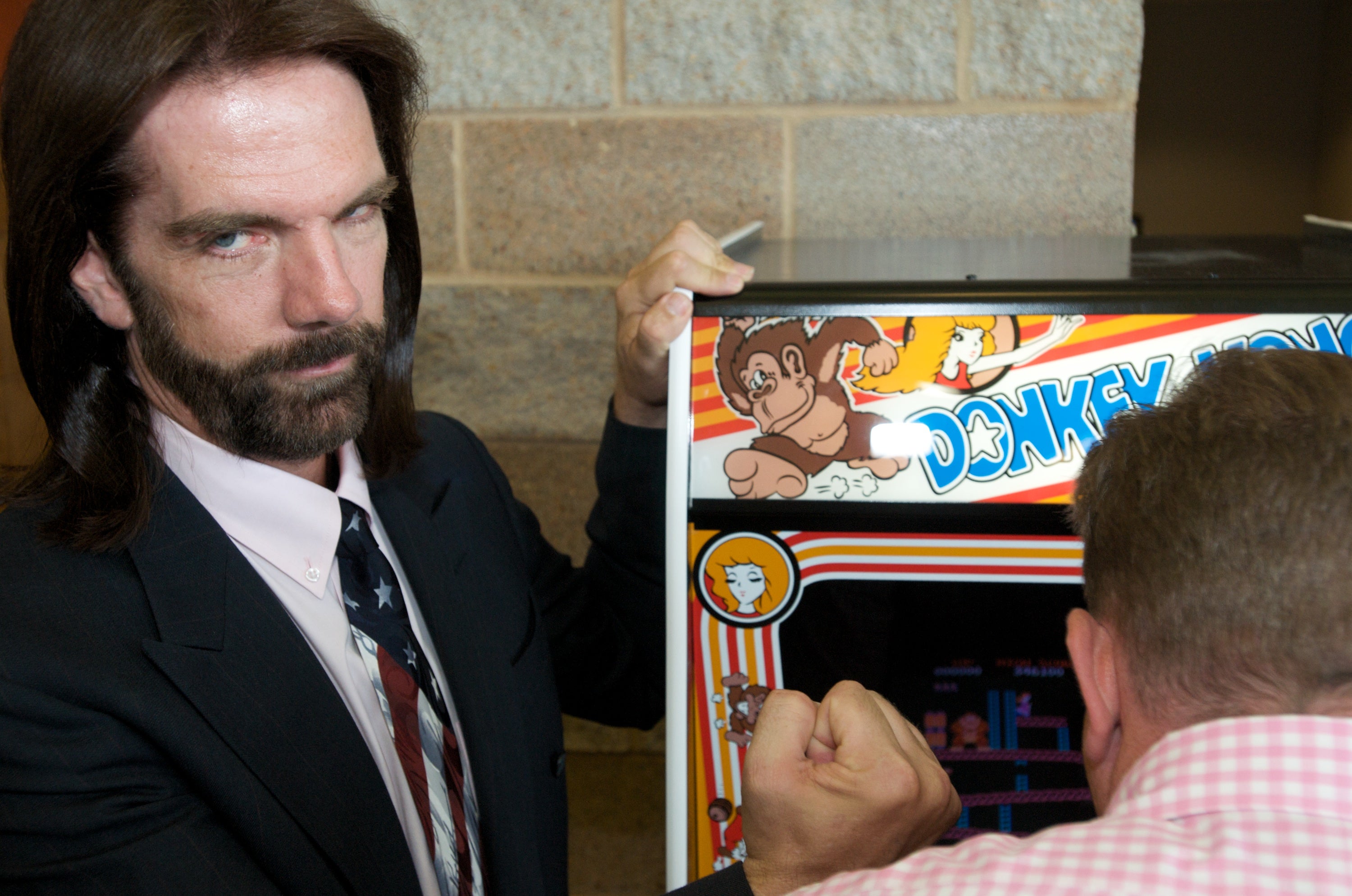 Billy Mitchell Brings Out The Lawyers To Reinstate His Disqualified Records

Over a year ago, the arcade records of Billy Mitchell were almost entirely expunged following accusations that his scores were achieved on the MAME emulator instead of a proper arcade cabinet. The removal of Mitchell's records also banned the King of Kong star from taking part in the Twin Galaxies arcade leaderboards in the future, but Mitchell has recently threatened action Twin Galaxies and the Guinness World Records seeking to clear his name and have his records reinstated.

According to a declaration by Twin Galaxies CEO Jason Hall, the original dispute claim thread was viewed nearly 2.4 million times with 107 unique contributors and 3,770 entries, ending with a public vote of 198-13 in support of the evidence against Mitchell.

Twin Galaxies then launched what Hall describes as an over two-month, multi-thousand-dollar investigation, involving the procurement of Mitchell’s recording hardware, high speed video camera, several VCRs, and a live-streamed public demonstration. “Twin Galaxies believes that this was the most professionally documented and thoroughly investigated video game score of all time,” Hall stated.

“We could not replicate the images and artifacts, and we tried,” the statement adds. (“Team Billy” enlisted engineer Carlos Pineiro to perform an analysis of the direct output video recording device that Mitchell used; Twin Galaxies noted that Pineiro’s test supported their findings.)

In the end, the organisation ruled that Mitchell would no longer hold the record as the first player to hit one million points in Donkey Kong and expunged him from their competitive leaderboards, including his flawless Pac-Man performance and high score, which Guinness wiped as well. The 2018 statement reflected, with malaise: “Anyone looking into their own past with honesty and a desire to improve will likely find things potentially messy and uncomfortable.”

“With this ruling,” it concluded, “Twin Galaxies can no longer recognise Billy Mitchell as the 1st million-point Donkey Kong record holder.”

The full statement, quoted in Mitchell’s complaint, never actually uses the word “cheater,” but instead formally asserts that Mitchell’s use of a system other than the “original unmodified DK arcade PCB” did not follow the “competitive rules.”

“The statement is libelous in its face,” Mitchell’s complaint reads. “[I]t asserts that Mitchell did not achieve his record scores legitimately, i.e., through ‘the competitive rules’ applicable to all players. Instead, it asserts that Mitchell achieved his record scores only by impermissibly and secretly shortcutting those rules. That is, Mitchell achieved the scores by ‘cheating’ as Webster’s dictionary defines cheating: to ‘violate rules dishonestly.’”

Mitchell’s team claims that the records were witnessed by “hundreds of people” and that over 25 of them have signed affidavits to attest to this. The complaint alleges that Hall declined testimony from “key eyewitnesses” during the investigation, including a senior engineer at Nintendo who allegedly certified the board in his second-highest-scoring Donkey Kong game. The complaint also quotes Twin Galaxies founder Walter Day, who claimed that Hall’s “biased and negative nature toward Billy Mitchell was very concerning.”

In his declaration, Hall said that throughout the public dispute thread, Mitchell did not directly respond to request for evidence.

In a phone call with Gizmodo, Twin Galaxies’s attorney David Tashroudian argued that Twin Galaxies was exercising its right to free speech by providing a public forum for debate and that Mitchell is a public figure. Moreover, Tashroudian added that a ruling in Mitchell’s favour would do a public disservice. “If anyone whose score is found to be invalid can go to the courts to sue, you’re not going to have Twin Galaxies anymore,” he said, “because it’s going to be defending countless lawsuits.”

Mitchell has threatened to sue Guinness World Records as well, Tashroudian noted. “If Guinness publishes a world record for the video game arena or some other arena, and you have a person being able to challenge that record or Guinness’s decision to wipe their record in court, Guinness isn’t going to want to take that risk,” he said.

In an email to Gizmodo, Mitchell declined to comment.