Today in Japan, McDonald’s launched a ramune-flavored shake. And today, I immediately made a beeline to my local McDonald’s drive-thru window. With the hot summer months fast approaching, it makes sense to see a ramune shake. The beverage is Japan’s national soft drink.

“Ramune” (ラムネ) is from the English word“lemonade,” but the soda doesn’t taste quite like lemonade, nor does it taste like clear, lemon-lime soft drinks Sprite or 7-Up, though the flavour is similar. Classic ramune tastes like, well, ramune, which is why there are also ramune-flavored candies, with the flavour being immediately recognised. Today, there are a wide range of flavours available, such as strawberry, melon, and more.

Originally, however, it was not a Japanese creation. Scottish-born pharmicist Alexander Cameron Sim created the drink while living in Kobe’s foreigner settlement, which was the first place in the country that foreigners and Japanese lived side by side. According to A Victorian Sailor’s Grave in the Seto Island Sea, Sim based his carbonated beverage on lemonade. The drink was released in Kobe’s international community in 1884 with its now iconic bottle design.

If you’ve never used this kind of bottle, here is a how-to explanation from Tombow Beverages: 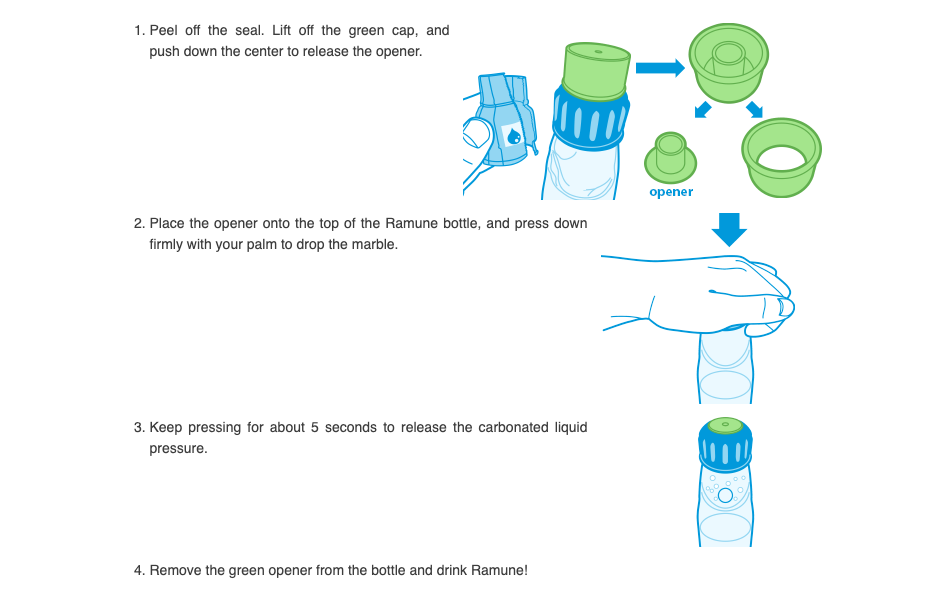 The clinking noise the marble makes in the ramune bottle immediately evokes summertime in Japan.

This design was British—invented in 1872 by Hiram Codd. The bottles are sealed with a marble, which is pressed down, breaking the seal. The marble falls and is caught in the bottle’s tapered neck. This was used widely by drink makers throughout the world; however, today, it seems like the Codd-neck bottles are used for ramune in Japan and banta in India. 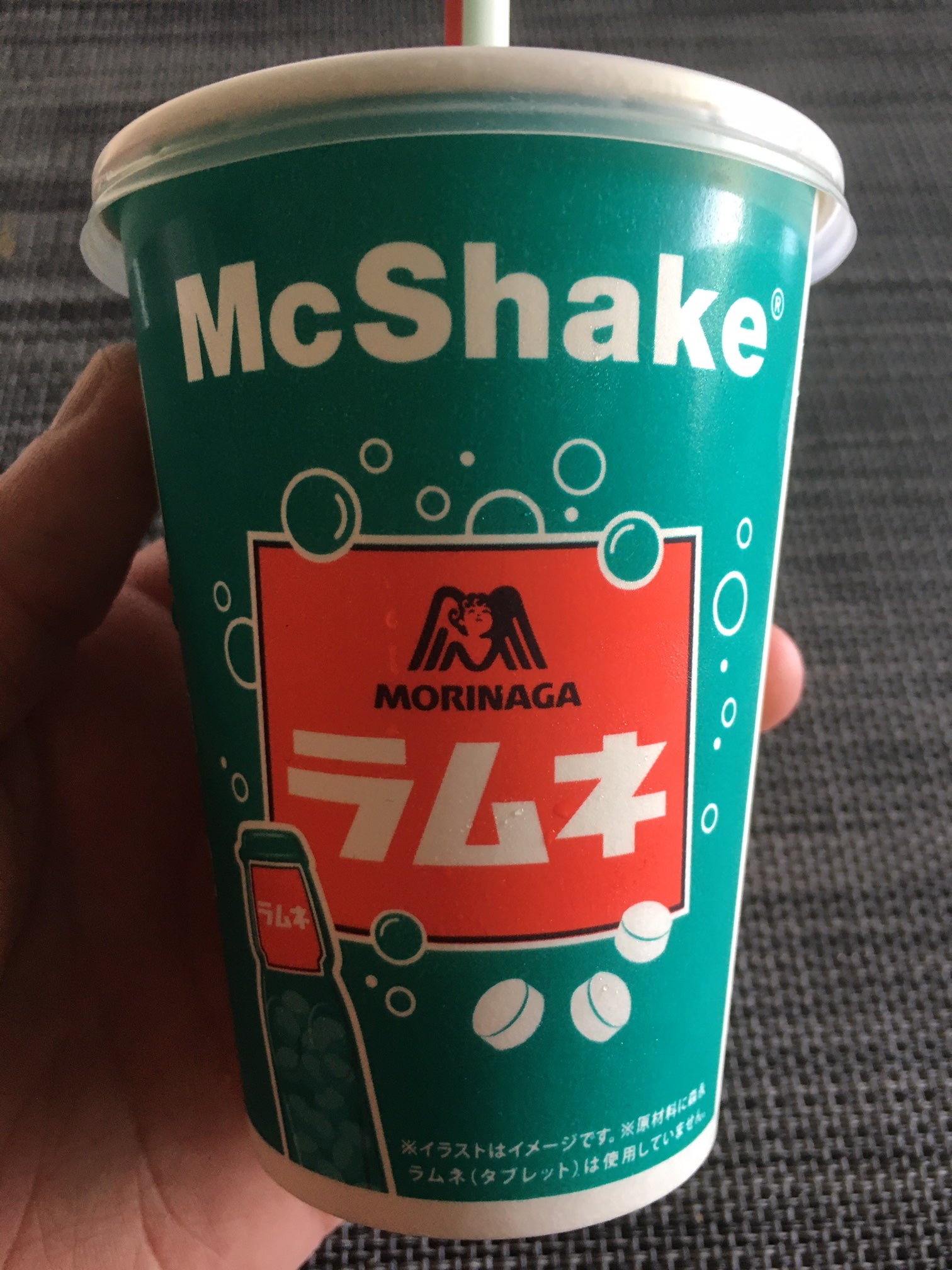 After its introduction ramune quickly became popular in Japan. Other companies, like Tombow Beverage (above), became making the drink, and one Tokyo newspaper even promoted ramune as a way to prevent for cholera.

Considering the current pandemic, could there be a better time for a ramune-flavored McDonald’s shake? I certainly don’t think this will protect against anything, but at the very least, it might help combat the summer humidity!

The McDonald’s shake isn’t actually based on the ramune candies and not the soft drink. Ramune candy has a strong chalky flavour that’s thirst inducing, leaving a strong aftertaste. I was expecting that with the shake, but was pleasantly surprised.

The McDonald’s shake very milky, and the ramune notes were subtle. There’s no carbonation, so it didn’t remind me of the soft drink, either. 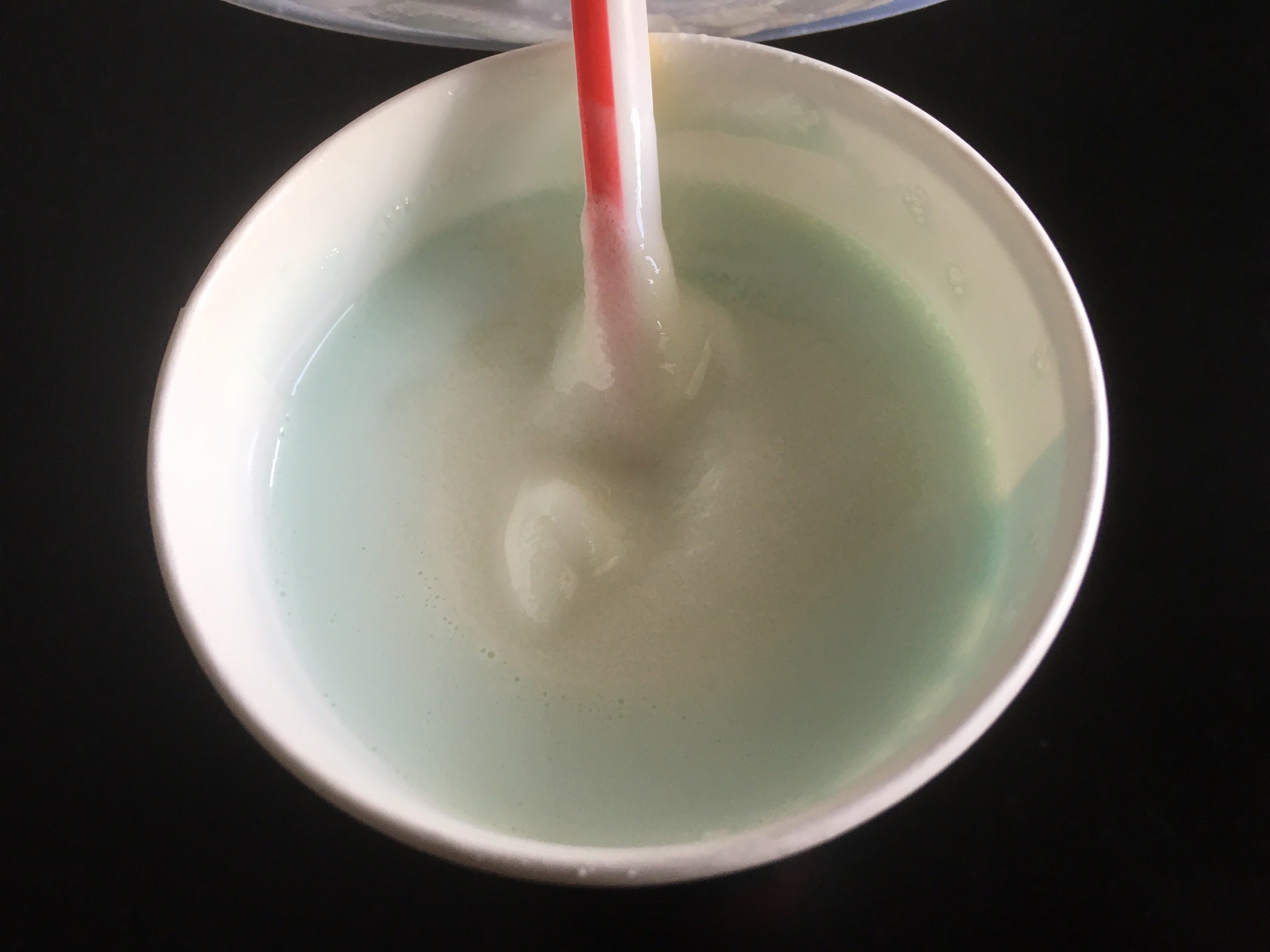 It was good, though, and with the weather getting warmer, it did give me a hankering for real ramune soda, clicking glass marbles, and lazy summer evenings.