Strike fear in the hearts of your enemies in Red Dead Redemption II when you ride up on ‘em mounted on the back of a giant cougar.

Horses are great. They are extremely useful and reliable. But they are also so boring. However, folks don’t want to walk around everywhere either. So why not ride a giant boar or even better, a giant cougar. Well, this is now possible thanks to a Red Dead Redemption II PC mod called “Pig Rider.” You can also ride giant dogs, too. 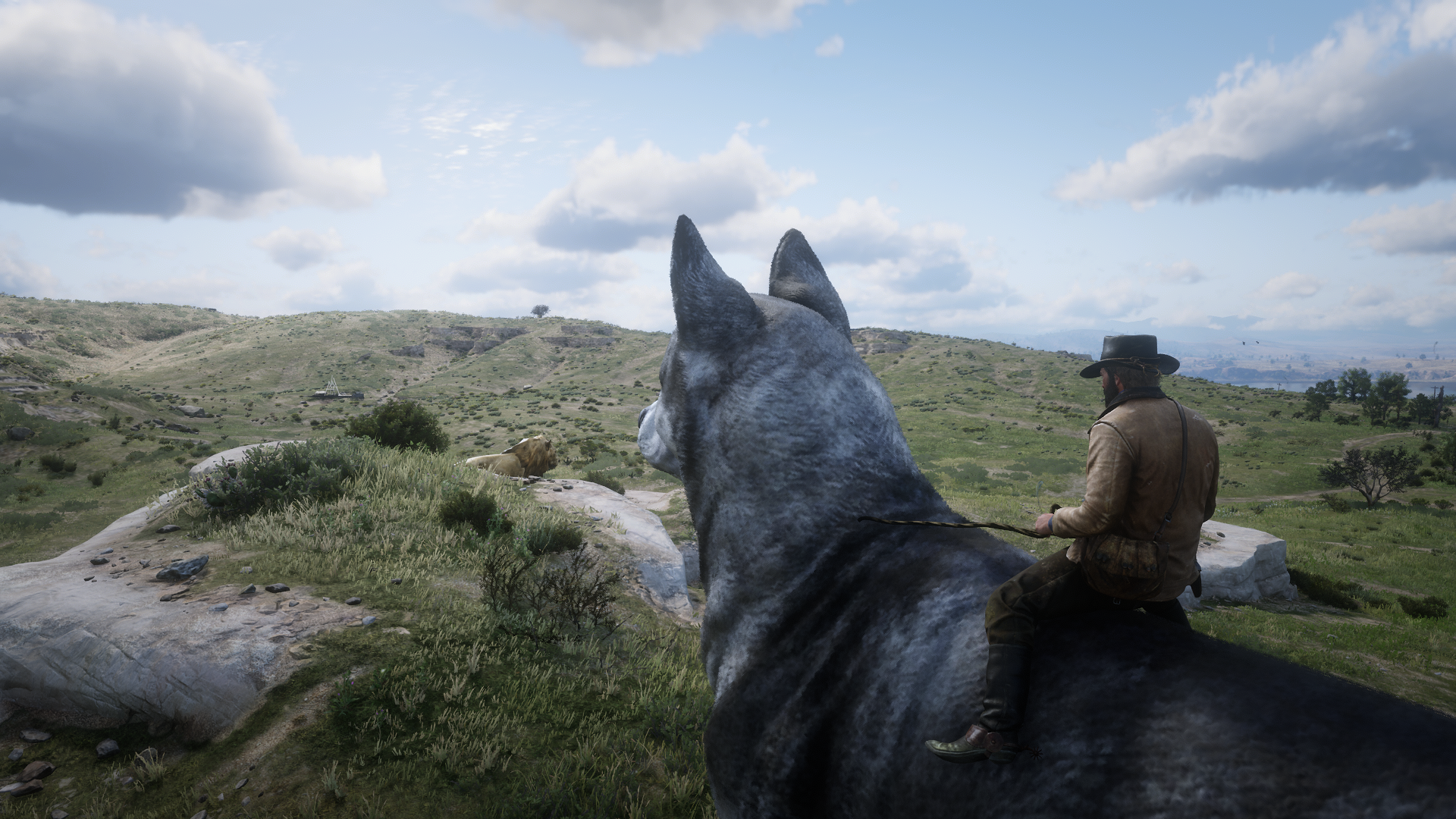 As spotted by PC Gamer, this mod from JulioNB will let players climb up on a few different, giant animals and ride around the world of RDRII, confusing local townsfolk in the process.

The mod isn’t currently available to download for free. To ride a big cat, you’ll need to be Patreon supporter of JulioNB at the $US5 ($8) level. That’s because the mod is currently in a prerelease form, so it will eventually be released for everyone at a later date. Until then, for a few bucks, you can ride the open plains He-Man style, on the back of a giant feline.