Ubisoft isn’t happy about Area F2, a free-to-play shooter on the Google Play and Apple App Store that appears to be a clone of their successful game, Rainbow Six Siege. Ubisoft is now suing to remove the game from the popular mobile app marketplaces.

Bloomberg reports that in a complaint filed in a U.S. court in Los Angeles on Friday, Ubisoft called Area F2 “a near carbon copy” of Rainbow Six Siege. Ubisoft claims that “Virtually every aspect of AF2 is copied from [Rainbow Six Siege], from the operator selection screen to the final scoring screen, and everything in between.”

Ubisoft says they reached out to both Apple and Google about the game and their concerns, but the companies refused to remove the game. We contacted Google, Apple, and Ubisoft for comment.

Update: Monday 12:15 am AEST: Ubisoft sent Kotaku this comment about the lawsuit.

“Ubisoft and our teams have poured years of talent, creativity and resources into making Rainbow Six Siege the success that it is today. While we are not able to comment on pending litigation, we can confirm that Ubisoft is committed to protecting its intellectual property.”

Area F2 was created by Ejoy.com, a company that is owned by Chinese multinational technology company Alibaba. Looking at screenshots of the Ejoy.com created Area F2, it isn’t hard to spot many, many similarities between it and R6 Siege. 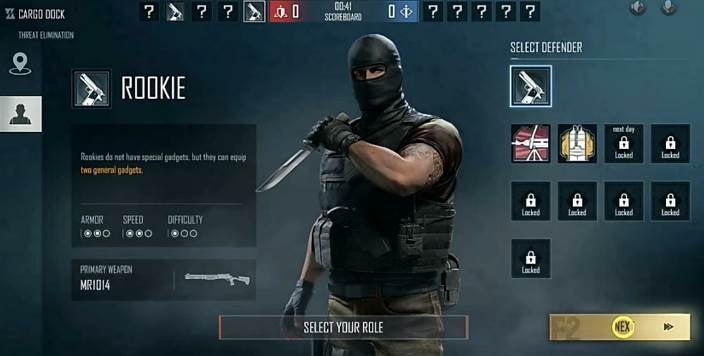 Ubisoft explains in their complaint that R6 Siege is one of their most “valuable intellectual properties” and they believe Area F2 is built to “piggyback” on their popular game.

It might seem weird for Ubisoft to sue the store owners and not the actual developer and publisher of Area F2 but as Engadget speculates, it might have to do with where Alibaba and Ejoy.com are located. Suing for copyright infringement in China is challenging and it might be easier for Ubisoft to get the game removed from popular stores like Google Play, which would make it harder for Area F2 to find new players.