What The Golf Turns Everything Into Golf, And It’s Great

I knew What The Golf? was brilliant just a few minutes after it began. An early hole was structured such that I could bank a shot off a mound and a get a hole in one, as opposed to sloppily shooting around an obstacle — in this case, some cats chilling out nearby. Setting up this shot made me feel clever. I charged up my metre and sent the ball soaring. It bounced off the mound and into a nearby cluster of explosive barrels, which proceeded to blow up all of the cats. I laughed out loud in surprise. Since then, many What The Golf? levels have made me do that. Laugh out loud in surprise, I mean, not blow up cats, although that’s happened a fair amount, too.

This article has been updated to coincide with the release of What The Golf? on Nintendo Switch.

What The Golf?, which is out now on PC and the Apple Arcade, posits two ideas that seem contradictory at first: Regular old golf is boring, but also, with a little bit of ingenuity, anything can (and should) be golf. Moving furniture around? It’s golf. Avoiding traffic? It’s golf. Propelling your own fleshy bone bag of a body through the air? It’s golf.

Golf can happen anywhere, at any time, without notice. In an office, in space, in a side-scrolling platformer level complete with parody Super Mario Bros music, except with lyrics that just say “what the golf” over and over again.

All it takes is a simple swing metre — you know, the kind you can aim in a direction and charge by holding a button, like the ones in all the other golf games you have or have not ever played. What The Golf? slaps that little, arrow-shaped sucker on everything under the sun, as well as things above and around the sun, like literal planetary bodies.

It’s a shotgun confetti blast of absurd ideas, where many levels last mere seconds, but they’re guaranteed to get at least a smile out of you, if not a full-blown golferly chortle. What The Golf? never stops escalating, always finding some silly new thing to turn into golf.

I had to pause the game when it tossed me into a Flappy Bird clone with golf mechanics; I couldn’t help but put the controller down and physically applaud its willingness to be as hog-bonkers ridiculous as possible with its core conceit. 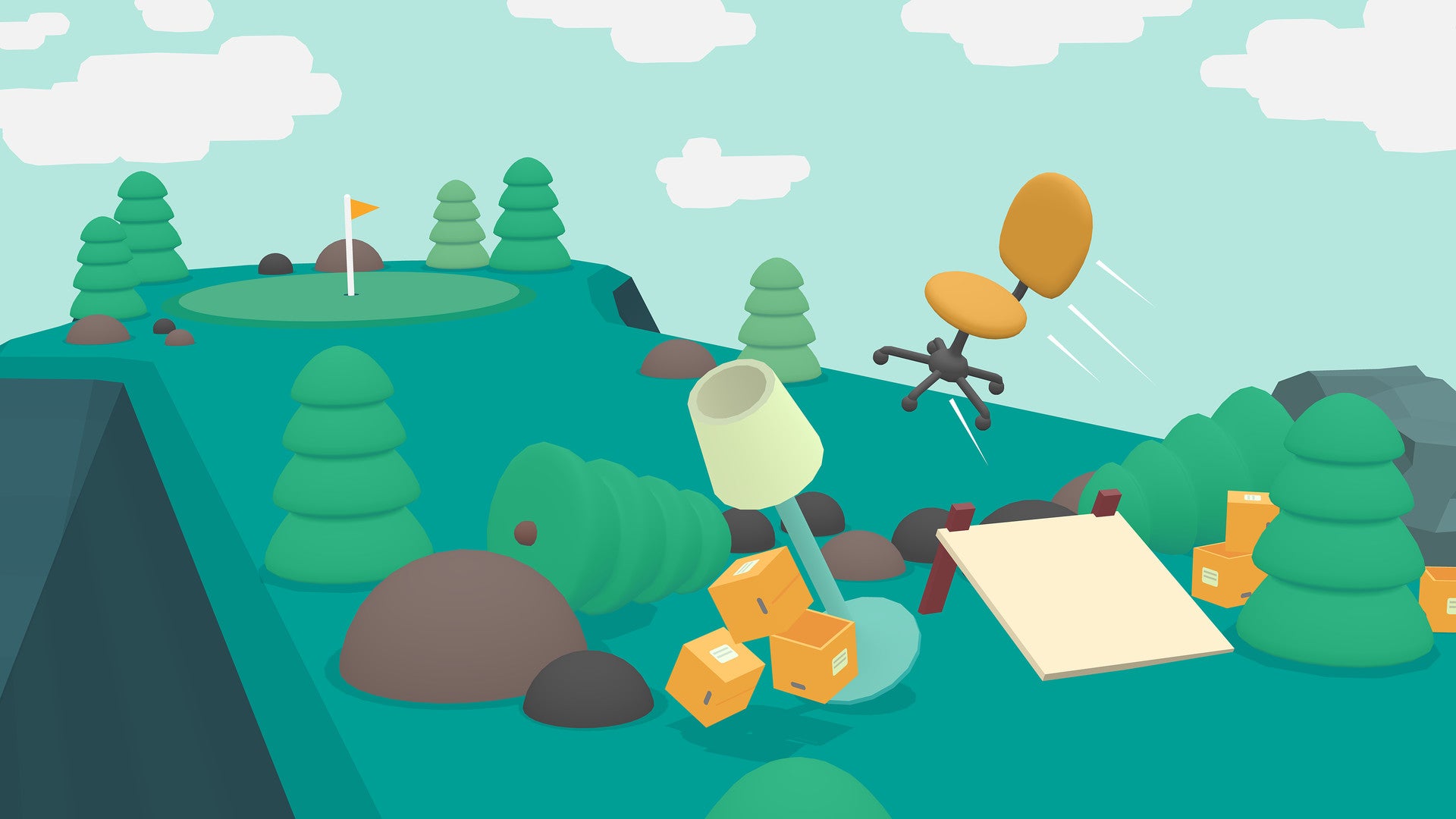 Another especially inspired level had me load furniture into a moving truck using — what the golf else? — the golf swing metre, at which point I assumed I’d then golf the moving truck to my new destination. Nope. Instead, the truck began to move of its own volition, and I had to follow it by golfing a house, sending it tumbling down a neighbourhood street.

There are also elegantly simple goofs, like a level where you golf a regular hole into a giant hole in the ground shaped like the number one, thus scoring a “hole in one.” If What The Golf? can’t make you laugh, you might be dead inside. Or a 65-year-old retiree who treats golf with a grave seriousness.

Underlying all these jokes are some surprisingly savvy game design chops. Levels are housed in an experimental golf-laboratory overworld you can explore (as a ball), but it’s mostly an excuse to let you revisit levels at your leisure. That’s when the real fun begins.

Every level has two additional challenges that stretch the initially silly gag ideas to their limits. Some challenges involve hitting par — finishing a level in, say, six shots — while others force you to execute nail-biting manoeuvres like golfing an easily breakable flower vase into a hole while wind causes it to swerve erratically and nearly shatter against a variety of obstacles. 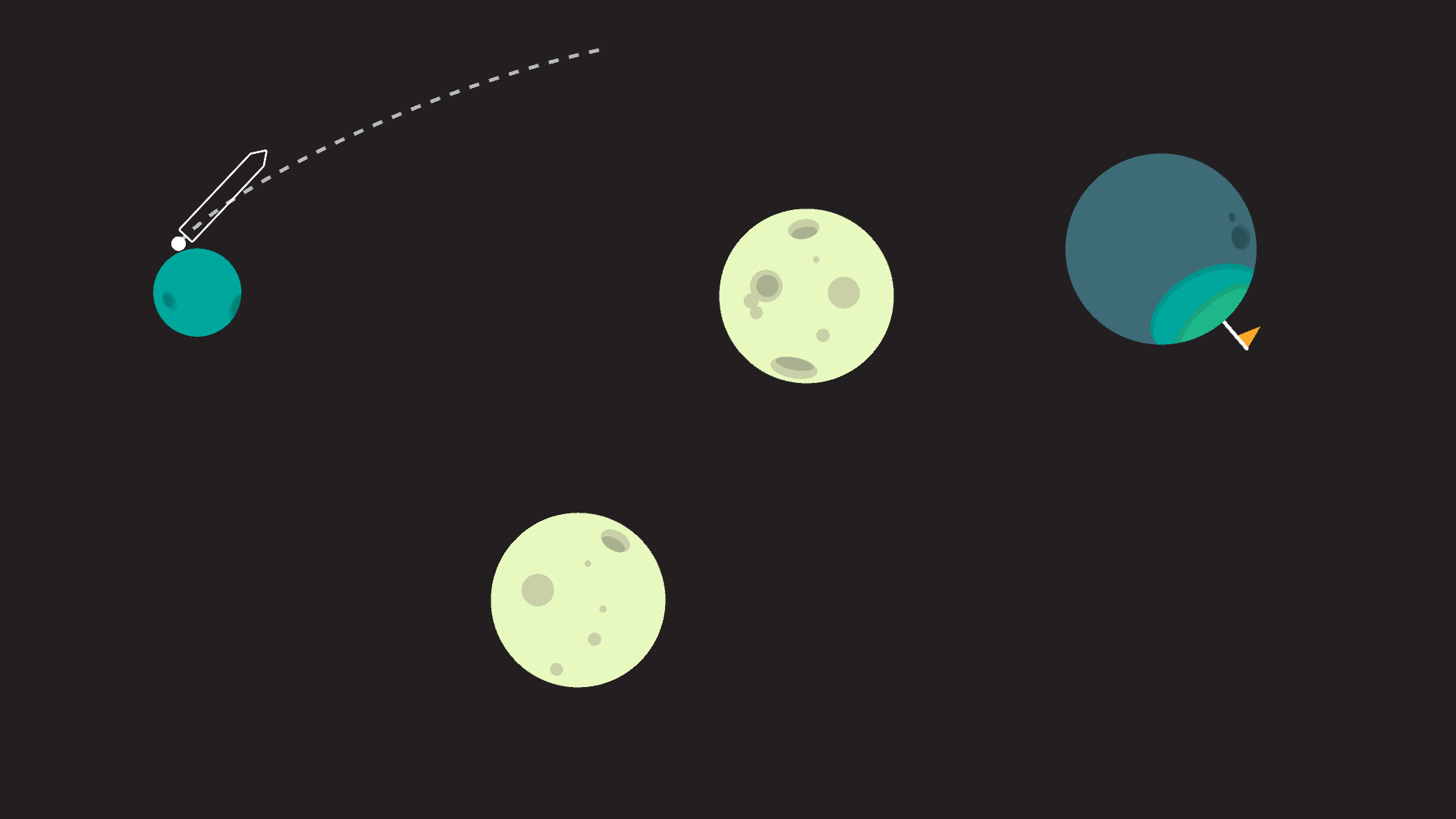 My favourite challenges, though, are the ones that dial up the absurdity to preposterous meta levels. For example, in one level, the thing I was trying to golf into a hole was the golf metre itself, and the challenge version of that level suddenly switched to a top-down perspective and had me whirl the golf metre around the hole to stave off a tower-defence-like swarm of enemies trying to invade it. The game did not even try to explain why any of this was happening.

What The Golf? is a master of that rare sort of comedy where jokes emerge not from dialogue or situations but from the game mechanics themselves. It nests jokes within each other, first making you laugh at what you’re doing and then laugh even harder when it turns that mechanic on its head. It’s a clever little game that seeks to delight at every turn, and, occasional frustrating levels aside, it succeeds with flying colours — which are, of course, flying because you golfed them into the air.