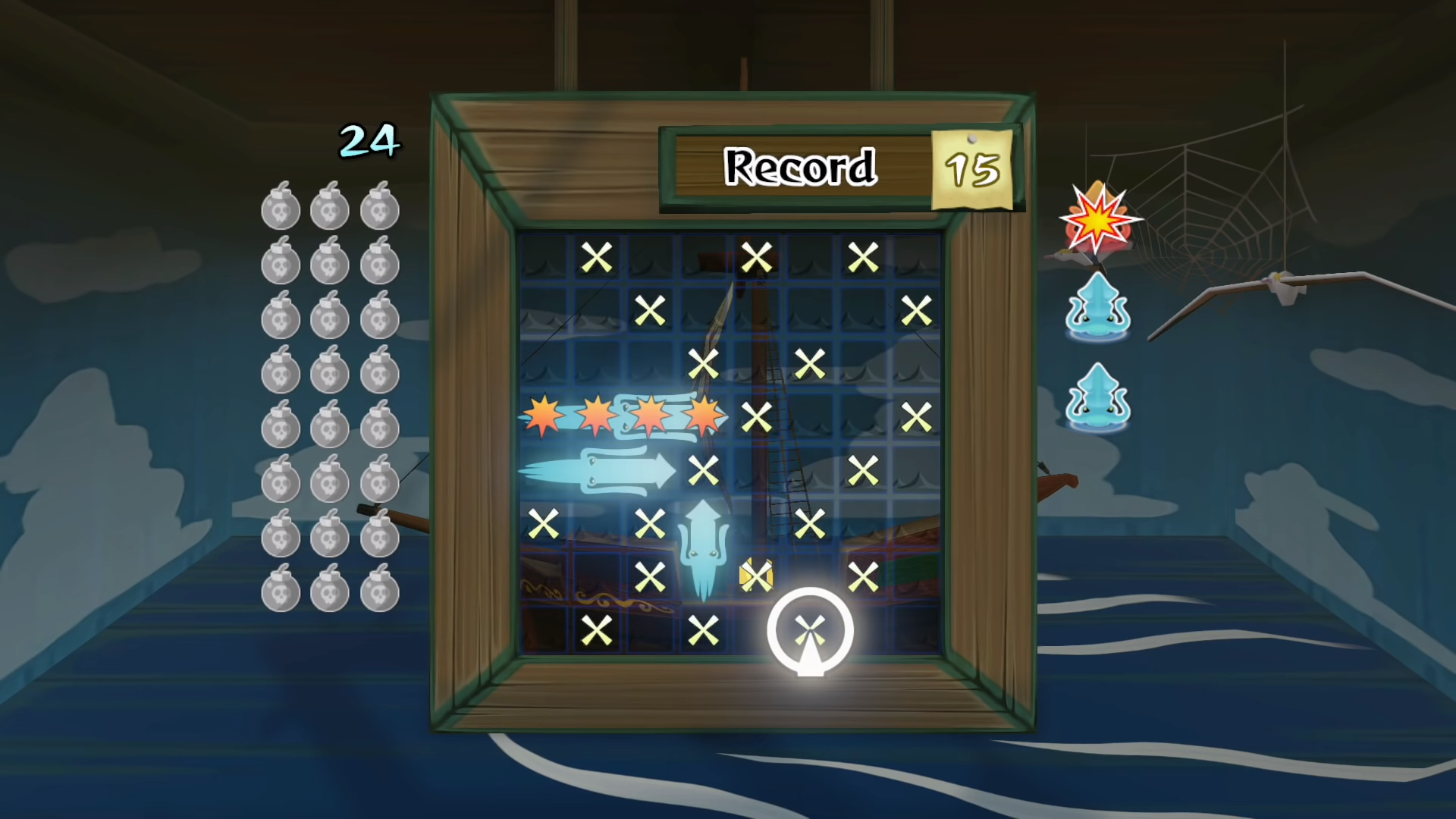 Randomness can be a problem in even the best-planned speedruns. No matter how good a runner gets at memorising patterns and performing intricate manoeuvres, an unlucky bit of RNG can ruin a run in no time flat. This was frequently the case with the “Sinking Ships” minigame in The Legend of Zelda: The Wind Waker, but after coming together to develop a third-party tool, speedrunners no longer need worry about this pernicious side-quest ruining yet another world-record pace.

Sinking Ships (or as it’s known colloquially, “Sploosh Kaboom”) is the bane of 100% speedruns in Wind Waker. In order to collect everything the game has to offer, runners need to win Sinking Ships three times. But that’s easier said than done. Modelled after the real-world game “Battleship,” it tasks players with hitting squids that are both hidden and random. This made the minigame a frequent source of restarts and, since it’s encountered half an hour into Wind Waker, a huge time sink.

In a new video, Wind Waker HD 100% world record holder Linkus7 explains how he and several of his fellow speedrunners finally reverse-engineered Sinking Ships to effectively eliminate the randomness factor that can blow up otherwise-promising runs.

The group’s method for “solving” Sinking Ships is enormously complicated, requiring a deep understanding of numerous, tiny nuances involved in how the background code generates random numbers for the game’s various systems. Wind Waker then chooses which of Sinking Ships’ 604,000 possible layouts to give to the player depending on when they enter the building that houses Sinking Ships.

I won’t embarrass myself by trying to describe things like RNG step counts and bell curves—definitely check out the video for the full explanation—but all of this research and experimentation resulted in the development of a third-party tool that runs alongside Wind Waker. By calculating a general estimate of when the player entered the Sinking Ships building, the tool can eventually generate a heat map of likely squid locations.

The wildest thing is that the program doesn’t connect to the game or even use screen capture to track the player’s actions—it’s all up to the speedrunner to manually enter the relevant information. The Wind Waker community voted in favour of using the tool during speedruns, completely eliminating Sinking Ships’ ability to kill promising runs… provided a player is capable of learning how to effectively use the tool. Linkus, for instance, uses one hand to control the game and the other to enter information into the Sinking Ships solution program.

This breakthrough in Wind Waker speedrunning is almost on par with bypassing the Hyrule Barrier, another complicated trick that players tried to accomplish for years. And while it might not result in extremely low completion times, the Sinking Ships tool should go a long way toward making 100% speedruns less frustrating overall.