Bathe In Fake Blood At The Evangelion Hot Springs

18 Years Later, Here’s Why A Gamer Was Duct-Taped To A Ceiling 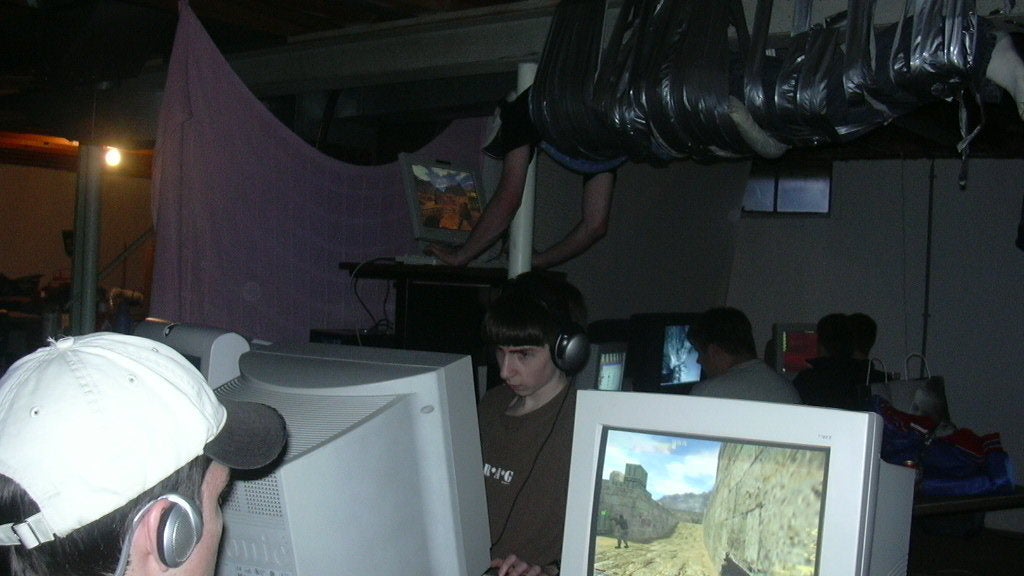 Many have laid claim to this image. “I was there,” they say. “It was me, I took this photo,” others declared. We reached out to those people — most didn’t respond or couldn’t provide proof. But one thread surfaced: A group of small-town gamers who hauled computers to each other’s houses to play, among other games, Counter-Strike.


This article has been updated since its original publication.

“I don’t want to say it’s a closely guarded secret,” said Brian Schaeffer, one of the LAN goers. “But half the fun of seeing that picture pop up on the internet is all the stories where people say, ‘Oh yeah I know the people there.’ No you don’t! It was a small town, a random group of friends, and we literally just got goofy one day.”

“It was still early in the day and the LAN had already become fractured,” said Nick Wellman, another LAN goer. “There were about 10 of us there, and we were already playing three, four different games. Tyler was looking around and said, ‘I think you can duct tape someone to that I-beam.'” 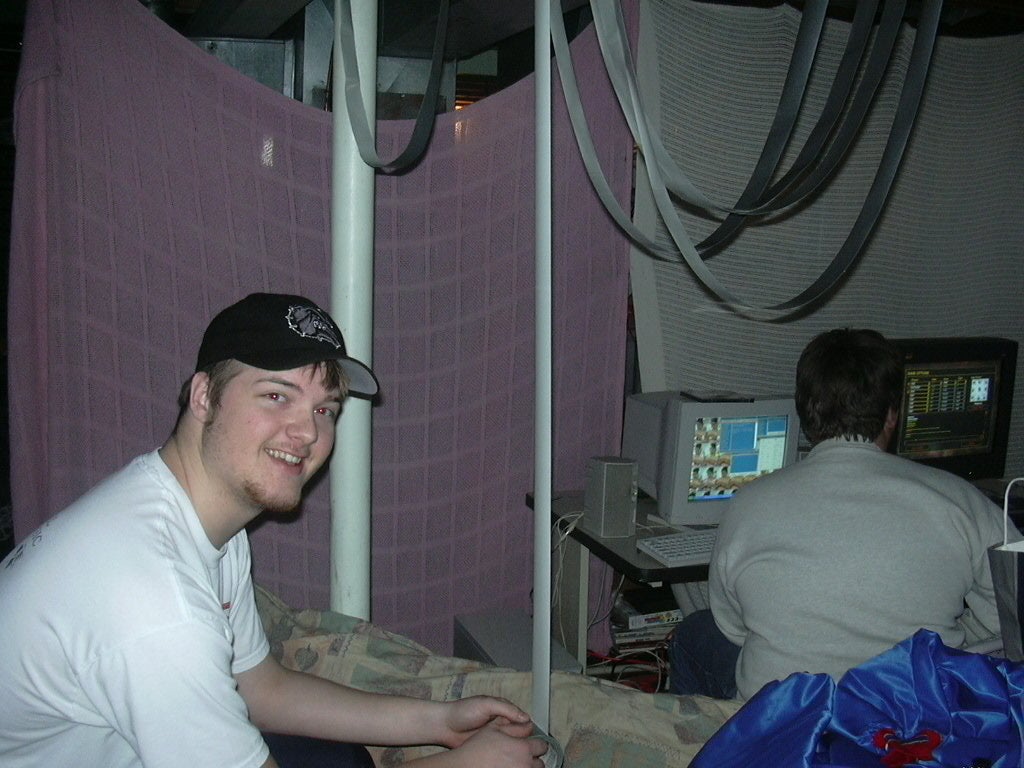 At this point, the teens gathered the necessary supplies, bought duct tape on a friend’s employee discount, and had the tallest attendee, Brian, hold the subject, Drew, aloft while the rest taped him up.

What you see in the now-iconic photo is actually the group’s second attempt to suspend their friend from the ceiling with duct tape. After about 10 minutes, the tape digging into his sides, Drew asked to be cut down. They revised their plan, adding pillows, and strapped him back up. Once on the beam, someone else had the idea to stack some tables up so Drew could still play on his computer.

“That is the funniest part about the picture,” Nick told us. “Gaming from the beam was a complete afterthought.”

Brian, who happened to bring along his digital camera from photography class that day, saved some snapshots to commemorate the moment. Drew posted the photos to a gaming forum, where it would stay duct-taped to the memories of gamers for all eternity. (We reached out to Drew for this story, and made contact, but he didn’t get back to us in time before publishing.)

“We tried to keep a list of all the places we saw the picture pop up, but it just kept started showing up in more and more places,” said Brian. “It also speaks to how when something’s on the internet, it’s always going to be up there, you can’t hide it.” 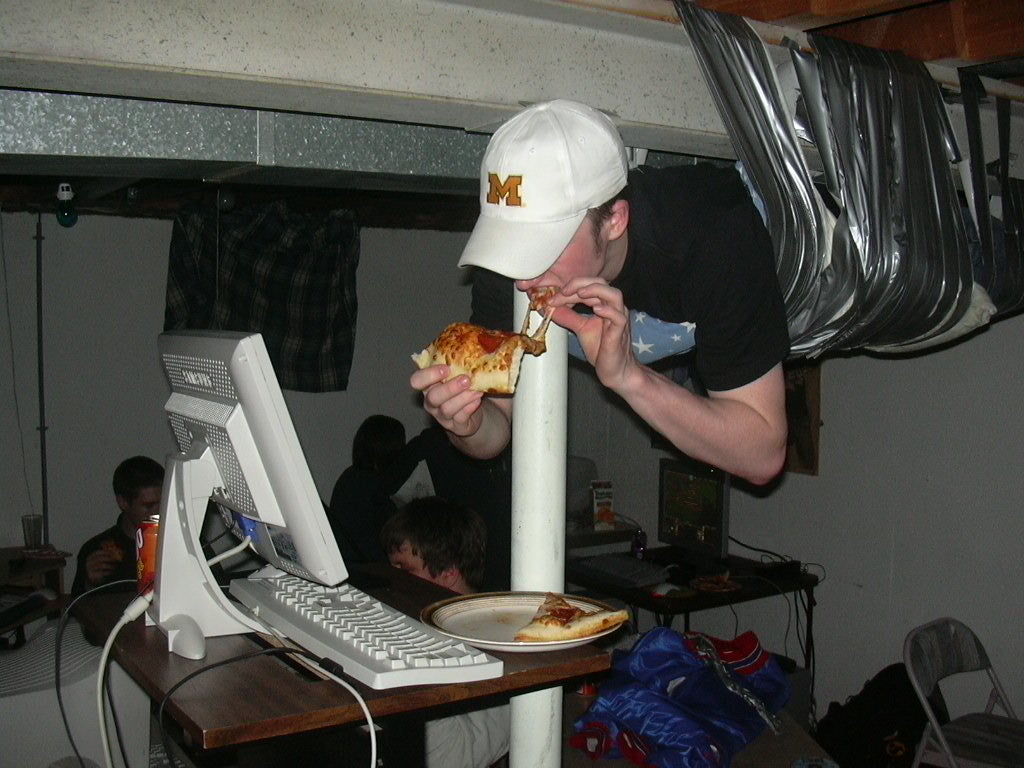 For the Mason alumni, it’s a little reminder of a simpler time.

“It’s so funny, because if you see the Reddit threads, every time this picture goes around every couple years it’s like a little Mason reunion,” said Jonathan Watrous, another LAN-goer.

“Not quite LAN parties,” said Brian of recent Mason get-togethers. “We’ve done some of those, but we’re all adults. Dragging the rigs around aren’t quite as easy as it was back then, and we’re all adults now, too. We had more time back then.”

“I don’t see most of the people in the picture all that often, but this was before smartphones and ubiquitous social media,” said Nathan Gamber, another LAN attendee. “So it’s one of the few moments in that time that we’re reminded of every couple years.”