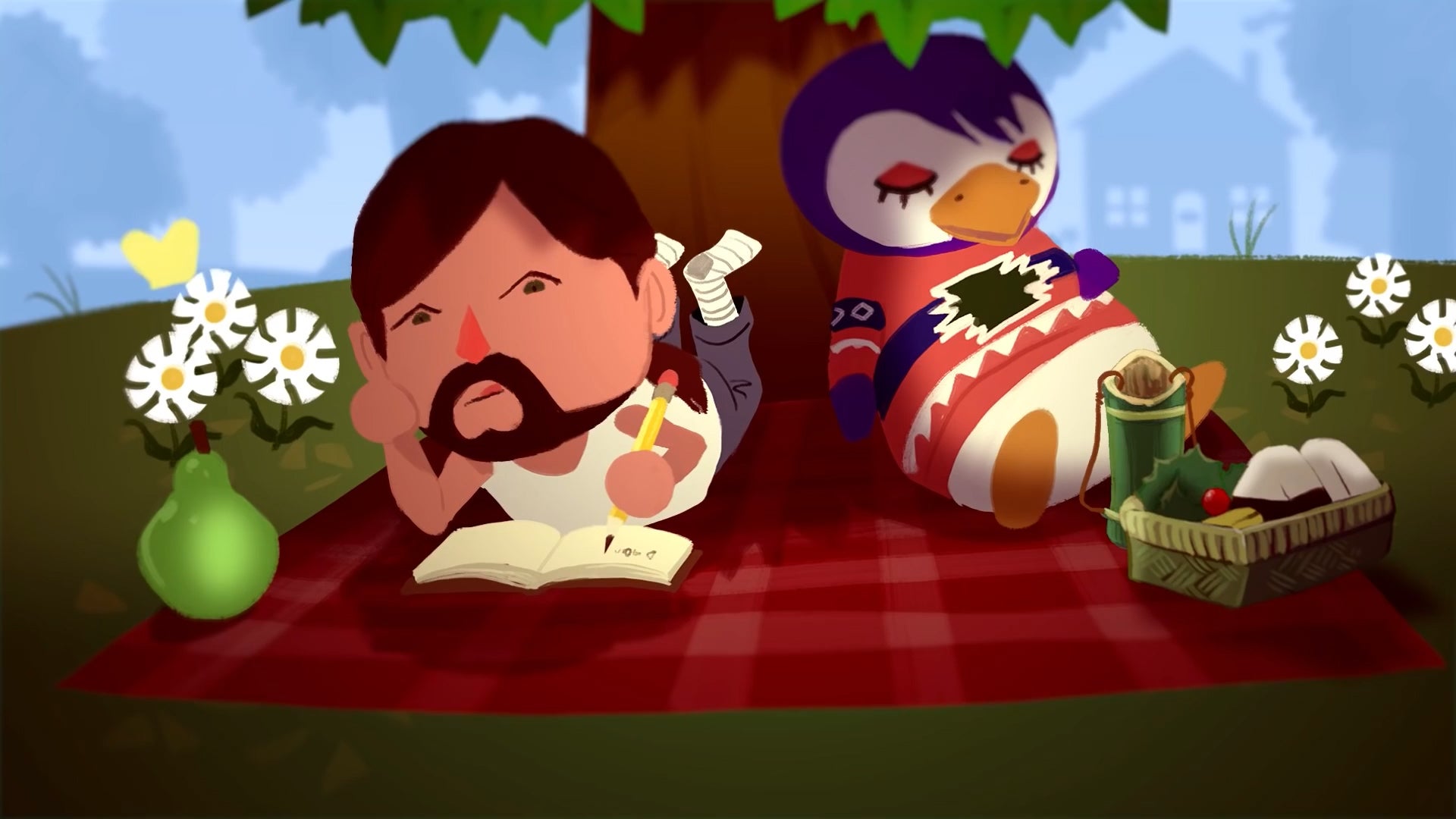 The softer side of Trejo. (Illustration: <a href="https://www.youtube.com/watch?v=eG0RlaRftZA&feature=emb_title">Gary Whitta YouTube</a>)

In the first episode of “Danny’s Diary,” a new segment in Gary Whitta’s star-studded in-game talk show Animal Talking, see the power of Animal Crossing: New Horizons transform one of Hollywood’s toughest, most intimidating actors into an adorable butterfly-collecting islander.

Yeah, I just called Danny “Machete” Trejo adorable, and for good reason. It’s the only word to describe the gruff actor’s glee as he leads game developer and Animal Talking band leader Adam Nickerson around his island home. He releases butterflies from his pockets. He fishes. He visits ninja villager Snake, one of the most Trejo-appropriate villagers going. At one point he gets distracted by a dragonfly and gives chase. He’s even built a tiny Trejo’s Tacos stand near the entrance to his island, with plans to expand into a full building.