Nothing like standing on the shores of a tropical island reeling in great whites, vicious predators that can grow up to 21 feet long and weigh over a ton. Great white sharks are one of several varieties of cartilaginous fish phased into Animal Crossing: New Horizons with the changing of the seasons. The great whites, whale sharks, saw sharks, and hammerheads are all active starting in June and ending in September.

I have yet to catch the elusive saw shark. (Gif: Nintendo, Kotaku)

Sharks are pretty easy to spot while fishing on your private island. Unlike regular fish, shark silhouettes sport a telltale fin when swimming off the shoreline. Well, mostly telltale: The symbiotic suckerfish also sports a fin, so try to keep your excitement in check, just in case.

I am delighted that sharks don’t use the basic fish silhouette. I can barely tell a huge fish from a simply large fish, so knowing there’s a good chance I’ll get one of these huge water monsters is quite welcome. 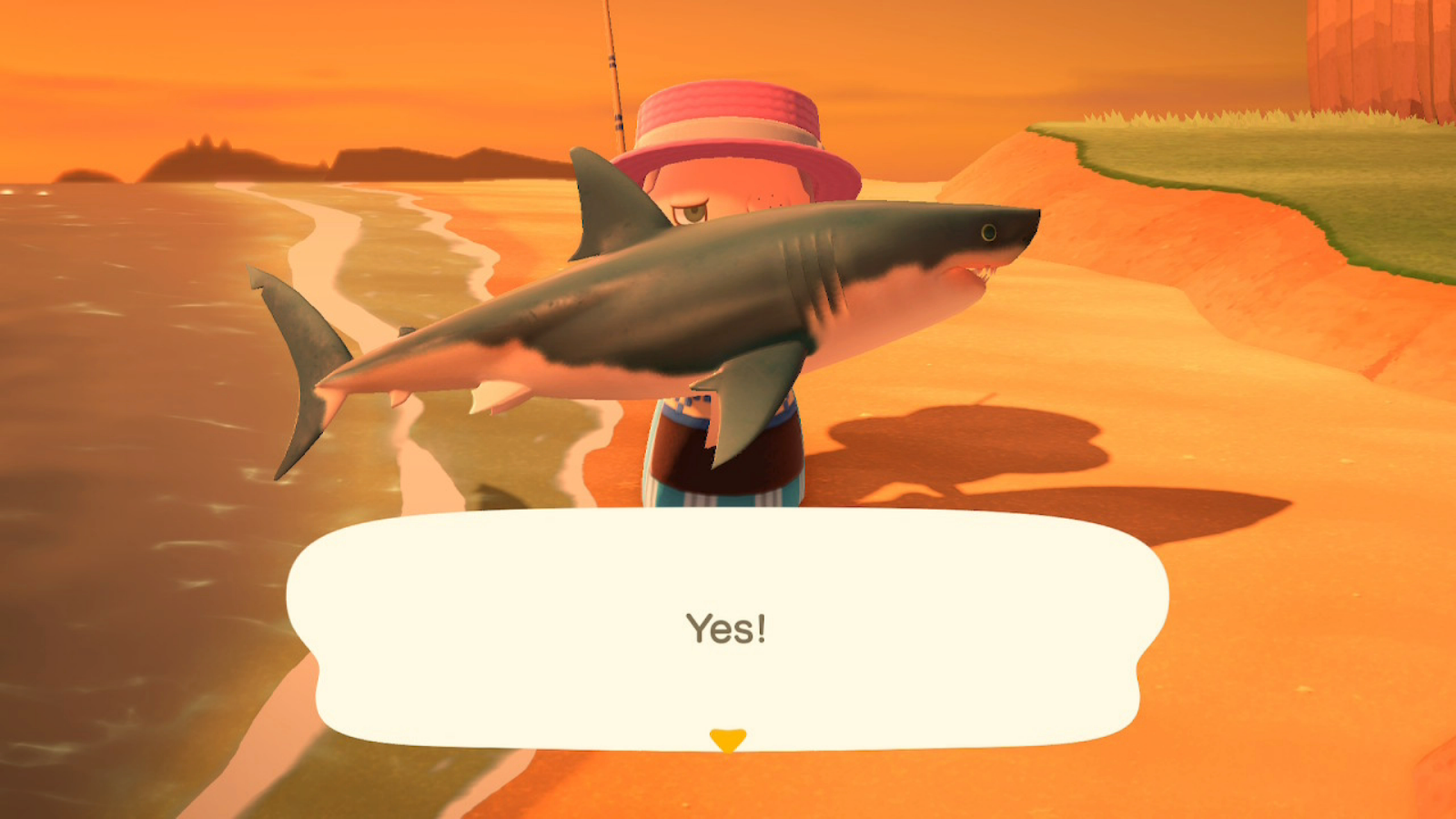 In real life I would be dead. (Screenshot: Nintendo, Kotaku)

My only wish is that my Animal Crossing villagers were more impressed by my shark-catching ability. They stop and clap politely if they see me holding a ginormous flesh-devouring fish with my bare hands, but mostly they seem bored. If I came into your house and presented a writhing, jaw-snapping hammerhead shark, would you freak the heck out, or would you react like Ankha? 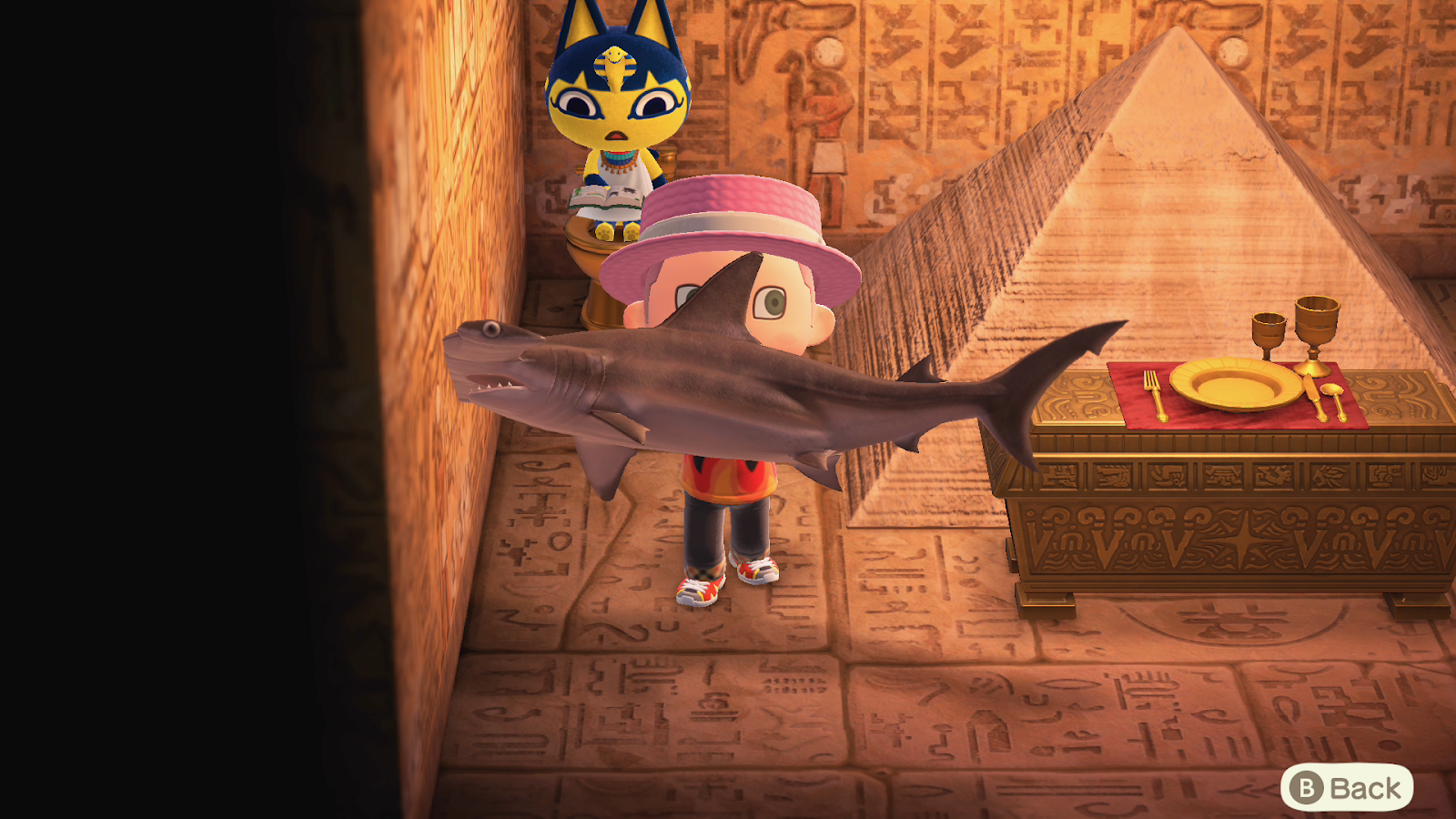 It’s good manners to look up from your magazine while I show you a fish while you’re pooping. (Screenshot: Nintendo, Kotaku)

Whale sharks will be showing up all day long through the end of September, with saw, great white, and hammerheads on a 4 PM to 9 AM schedule. They are an excellent reason for there not to be swimming and diving in Animal Crossing: New Horizons.

And in case you think the rivers and lakes are safe… 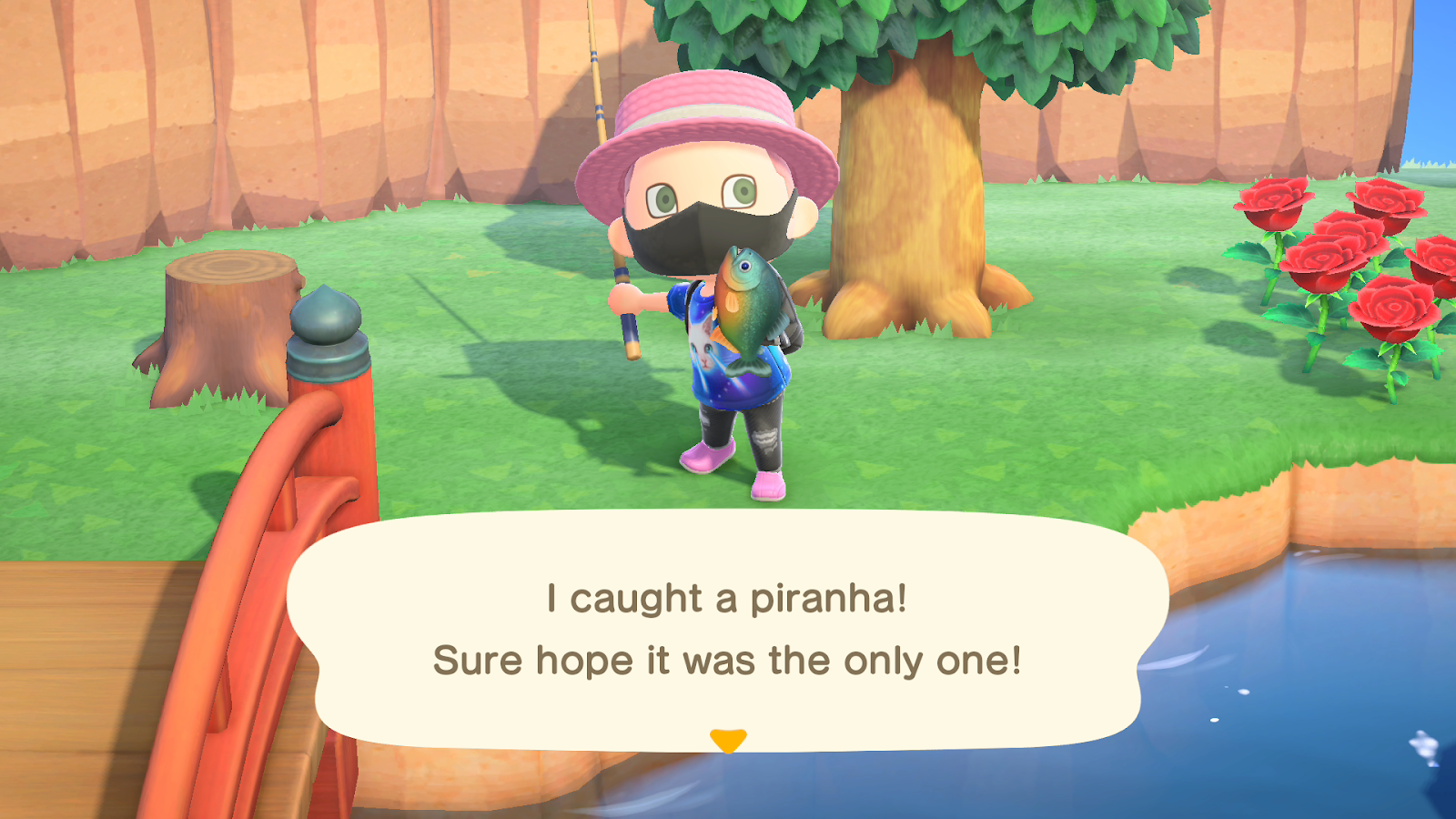 …they are not. Happy fishing!