Destiny 2’s Current Season Is Hurtling Toward A Confusing End

Pyramid ships. Planet eaters. A new alien race. Bungie is teasing a ton of upcoming stuff in Destiny at the moment, but so far, none of it looks like it’ll arrive in time to save the current season.

With one week left on Season of the Worthy, the massive Almighty spaceship that was sent hurtling toward Earth back when the season first began in March is still on its way. Even after today’s weekly reset, it’s not yet clear when it’s finally gonna hurry up and get here already. Players have spent the last couple of months powering up Rasputin, the Russian warmind AI constructed to help protect the solar system, so it can blow the Almighty out of the sky before it makes contact. After millions of tedious public events, however, it seems Rasputin’s still not quite ready.

Meanwhile, Bungie has been busy teasing Destiny 2‘s next big chapter. Last Friday, it dropped a one-minute sound file, full of quiet, ethereal tones, on Twitter. No one knows what the tones belong to, but people immediately began to speculate that they must have something to do with the giant black pyramid-shaped ships teased at the end of the main campaign. One was discovered on the Moon in last year’s Shadowkeep expansion, and a bunch more are headed into the solar system, their continued approach tracked and updated weekly on a map in Rasputin’s bunker.

Following today’s reset, players were greeted by a new, extremely brief cutscene showing one of the pyramids passing by Jupiter. Those who follow Destiny’s datamining scene have been aware of it for weeks. Now that it’s finally in the game, players are wondering whether it has anything to do with how this season will wrap up, or if is purely a tease for the next big expansion coming this fall. A now-deleted video on Bungie’s Instagram found yesterday showed Eris Morn trudging through the snow on what appeared to be Europa, one of Jupiter’s moons, potentially signalling that it will be explorable in the near future.

And still the Almighty hangs in the sky, falling ever closer toward Earth, its silhouette against the sun now twice as big as it appeared last week. 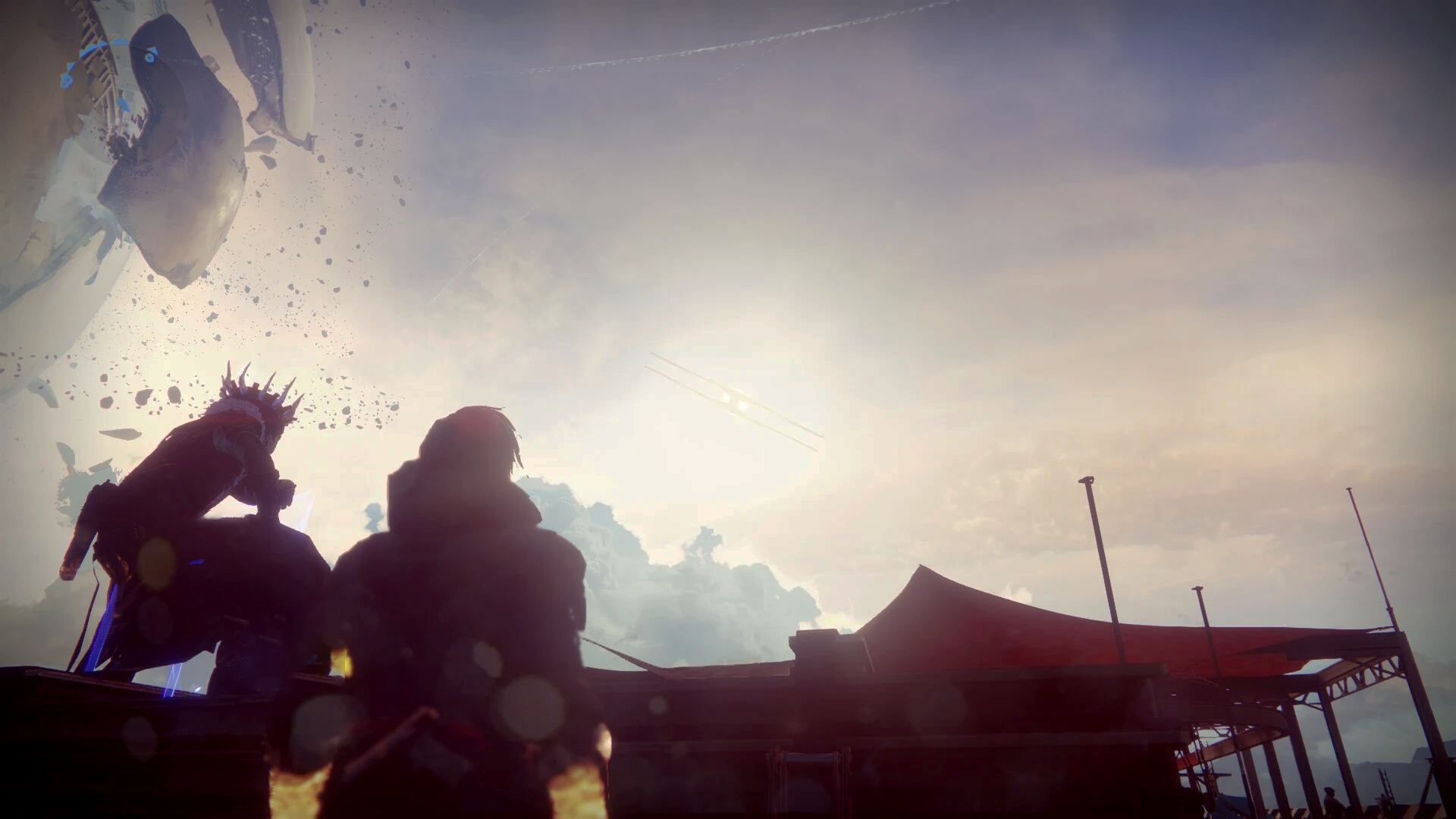 As one person put it on the Destiny 2 subreddit, it certainly feels like this season was just an “anime filler arc,” like the episodes full of training, talking, and weird tangents in the lead-up to a big showdown in Dragon Ball Z. Unlike last season’s rescue of Saint-14, Season of the Worthy didn’t really have a memorable story-based questline with a beginning, middle, and end. It didn’t have a clear villain, either. Instead the last several weeks have felt mostly like a series of detours to keep players busy: The return of Trials of Osiris only proved rewarding for a small group of very skilled players, the Guardian Games turned out to be more work than play, and the return of Felwinter’s Lie was marred by a bugged quest step.

I, for one, am excited to finally learn more about the black pyramids and their relationship to the Darkness, which is still the big mystery at the heart of Destiny. Getting to finally visit Europa, whose gorgeous concept art was teased for the first game but eventually cut, would also be cool. But all of that feels completely divorced from how the current season is currently unwinding. Destiny 2‘s new seasonal model has been criticised for how it seems to hop back and forth between seemingly-unrelated story threads that don’t help to shape a larger narrative. With Season of the Worthy, even its own mini-story feels incomplete. 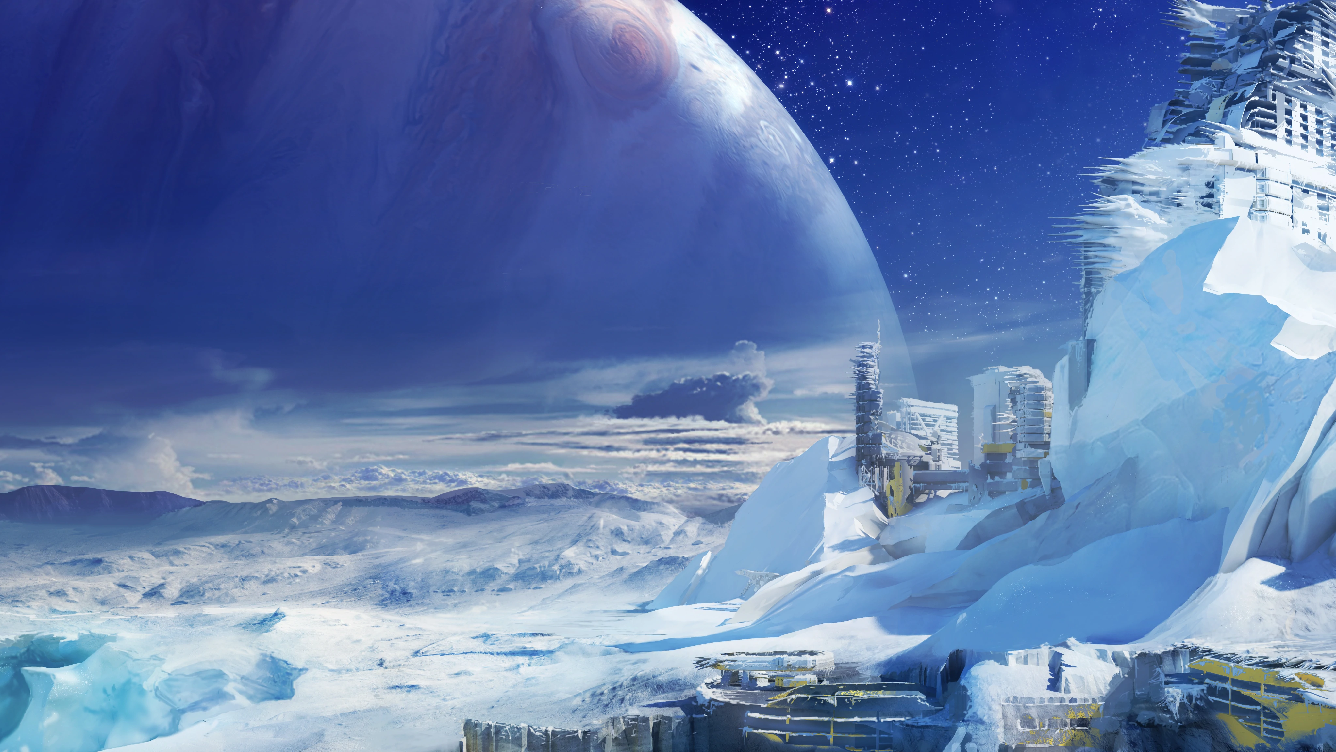 It’s possible that something still lies in store for players in the next few days. There’s already speculation that Bungie might be planning a Fortnite-style live event to cap off this season this weekend. Others are already searching Rasputin’s bunker for clues and comparing new audio clips of voices from the Garden of Salvation raid to old ones to see if they’ve changed.

Bungie has been more secretive about content updates this season. One result of this has been more subtle environmental storytelling“sometimes maybe too subtle. A returning player who has been away from the game for a while might not even realise that a giant spaceship is about to fall out of the sky. And a week from now, they might never know it did.