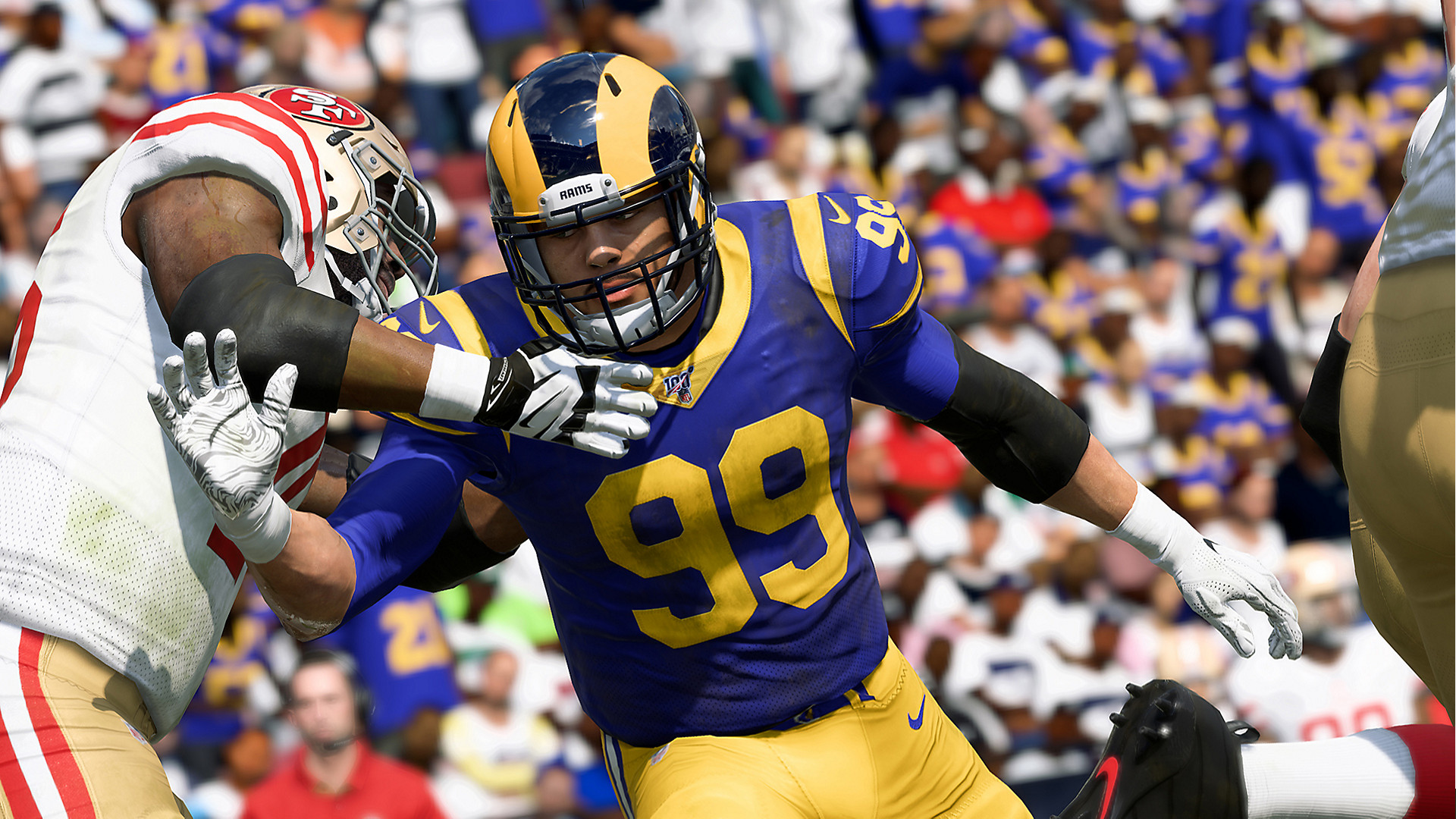 Screenshot: EA, Madden NFL 20
To sign up for our daily newsletter covering the latest news, features and reviews, head HERE. For a running feed of all our stories, follow us on Twitter HERE. Or you can bookmark the Kotaku Australia homepage to visit whenever you need a news fix.

A showcase of EA’s newest football game will have to wait. The game publisher has delayed it as protests against police violence swept the country over the weekend following the killing of George Floyd.

“We stand with our African American/Black community of friends, players, colleagues, and partners,” the game publisher wrote in a statement yesterday. “Our immediate attention is on actions we can take to drive change against the unjust treatment and systemic bias that is plaguing the nation and our world.” Set to come out later this year, Madden NFL 21 was first shown at Microsoft’s Xbox Series X event last month, but only for a split second. EA now says it will “find another time to talk football.”

EA did not immediately respond to a request for comment about what these actions to drive change are.

The delay comes nearly a week after George Floyd, a black man, was killed while in custody of the Minneapolis police as a white officer, Derek Chauvin, kneeled on his neck for over eight minutes, according to the criminal complaint filed against him. The killing sparked protests in Minneapolis which have spread to cities across the country. On Friday night and into the weekend largely peaceful crowds calling for justice for Floyd and an end to racist policing were tear gassed and, in some cases, shot with nonlethal rounds.

EA is just one of a number of gaming companies that have acknowledged the outrage over Floyd’s death and the ongoing protests in some way. Many have even used more direct language, with companies like Sony and Bethesda including the BlackLivesMatter hashtag in their remarks, and Astro Gaming putting out a statement specifically naming Floyd. Only a few of them explicitly mentioned the police.

EA was criticised back in 2018 for scrubbing a mention of Colin Kaepernick from Madden NFL 19. The quarterback, blackballed from the NFL after peacefully protesting police violence, is mentioned in rapper Big Sean’s “Big Bank,” but that mention was removed from the track’s appearance in Madden NFL 19. At the time EA said it was a mistake.

“We made an unfortunate mistake with our Madden NFL soundtrack,” a spokesperson for EA said at the time. “Members of our team misunderstood the fact that while we don’t have rights to include Colin Kaepernick in the game, this doesn’t affect soundtracks.” The company then added the full track back to the game in an update.