Tetris Is Getting A Competitive Game Show On Smartphones

Crash Bandicoot Gets A New Mobile Runner, Courtesy Of King 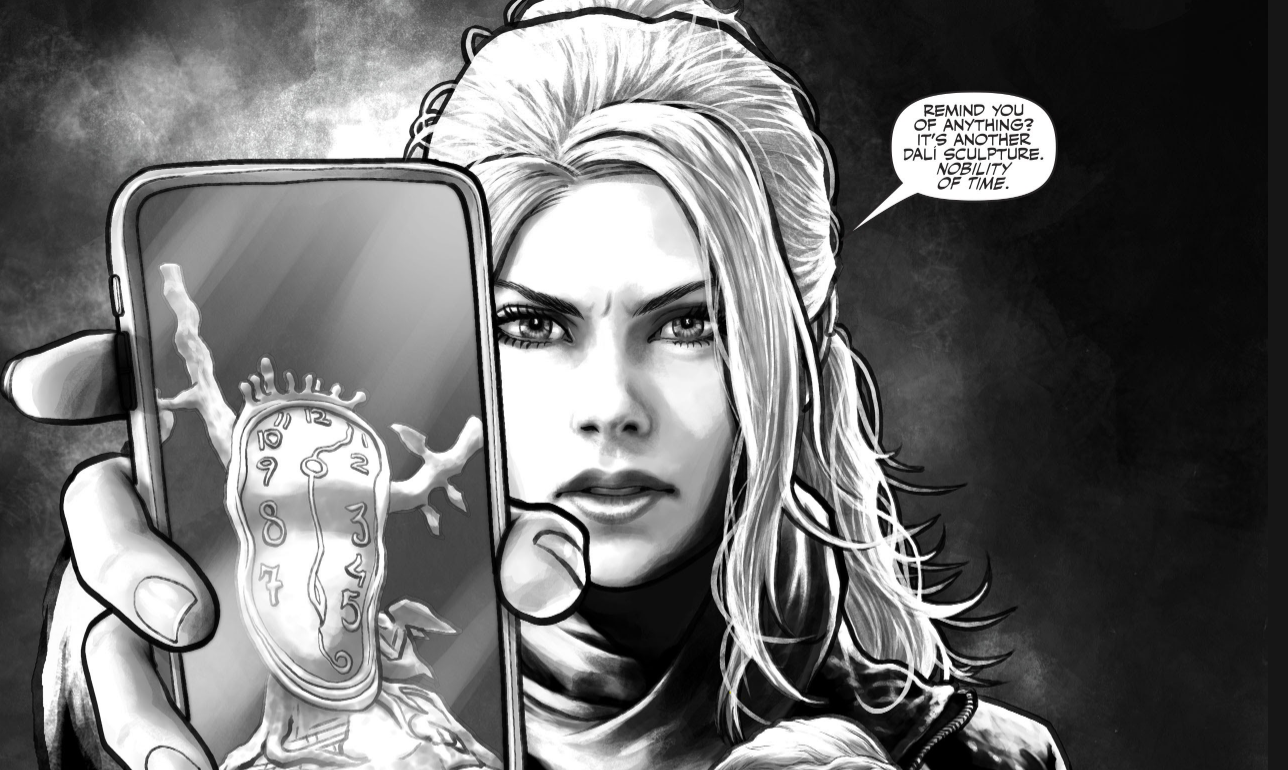 What do Salvador Dali, Harley Quinn and the Joker all have to do with one another? Take your time to think through the question before you continue on.

Joker/Harley: Criminal Sanity, the ongoing DC series written by Kami Garcia with illustrations by Mico Suayan and Mike Mayhew, is the sort of Elseworlds (though not technically Elseworlds) comic that makes you understand how much untapped narrative potential still exists within the publisher’s larger portfolio.

In this telling, Harley and the Joker aren’t really peers in the traditional sense. Rather, she’s a detective working for Gotham PD and he’s a disturbed teenager who’s just beginning to come into his murderous tendencies. As the Joker’s string of extravagant and decidedly artful killings send the police into a frenzy, Harley’s inspired because the case at hand is unlike anything Gotham’s ever dealt with, and it pushes her to tap into the full scale of her deductive abilities.

What makes Criminal Sanity so fascinating to read is that while the general backdrop is very Batman, the series as a whole spotlights the sort of hard detective work that one could only imagine Jim Gordon and his fellow detectives really digging into. This take on Harley doesn’t really rely on bats and jokes in order to make her point. Instead, her strength comes from her ability to mentally dissect people who are deeply troubled and in desperate need of understanding.

Different as this Joker also is from his multiversal counterparts, Criminal Sanity establishes that he is the monster we know, but contextualizes his monstrousness within a story of a child who was brutally abused. As Harley becomes increasingly invested in the case at hand, Criminal Sanity features a number of moments (in flashbacks) that explain how the Joker came to be the person he is in the present day. Following his mother’s death, his father turns his grief into anger that he inflicts upon his son. Because the Joker never has an opportunity to work through the grief and devastation that he’s dealing with, he leans into the parts of himself that are objectively dark, which is one of the important things to understand about the series.

Criminal Sanity never tries to make it seem as if trauma in and of itself categorically turns people into killers. Rather, it spends a considerable amount of time illustrating that the kinds of villains we’re used to seeing Batman fight (though he’s yet to show up) are people with deep, deep issues that require immediate medical attention—and then years of therapy just so that they can be functional. Throughout the entire series, there have been moments when classic Batman villains show up as they’re being marched to jail, and while their presence serves to make you understand that you’re seeing a version of Gotham, it’s more than just that.

Beyond just being a story about Harley trying to stop the Joker being, well, the Joker, Criminal Sanity is an examination of the rot that lives within Gotham writ large. The city is sick, and that’s an elemental part of the larger Batman mythos. But while the city is in a permanent state of existential decay, there are still people living within it, and they also have stories that are worth hearing about.