It’s not Persona 5, but if you were hoping for Atlus to pull their finger out and get more of the Persona games over to PC … it’s finally happening.

The company tweeted recently that they’d have some special news to announce during the PC Gaming Show, but it looks like that news might have dropped early. A listing for Persona 4: Golden, a spin-off of the JRPG series released exclusively for the PS Vita in 2012, has appeared on the Denuvo DRM website.

“If you’ve reached this page by launching Persona 4 Golden, it is possible that you have a firewall active that has prevented us from authenticating your game,” the Denuvo listing says.

After the news broke overnight, SteamDB creator Pavel Djundik tweeted that he’d received “information privately” that an app uploaded to Steam was Persona 4: Golden. He warned caution, though, noting the recent faked Battlefront 3 listing that appeared on Steam last week.

Got some information privately, does actually appear to be P4G.

Persona 4 Golden is still available on the PlayStation Store today, but only for those with a PS Vita. It’s never been ported to other platforms, even Sony’s mainline consoles. The current rumour is that Persona 4: Golden will be announced and released on the day of the PC Gaming Show, which kicks off Sunday morning Australian time. It’s a strategy popularised by Bethesda after the rampant success of Fallout Shelter and the short lead time between Fallout 4‘s reveal and subsequent release.

There’s also suggestions online that Persona 3 is getting a PC release as well, but at the time of writing there’s no credibility to support that rumour.

The chatter comes not long after Atlus unveiled a new creator page on Steam. Only the one game is listed there for now — Catherine: Classic, which hit Valve’s platform in January 2019. It makes sense for the company to expand its PC presence, though, with a wealth of franchises or titles that deserve a remaster or a second lease of life, including Trauma Centre, Shin Megami Tensei and Dragon’s Crown Pro. 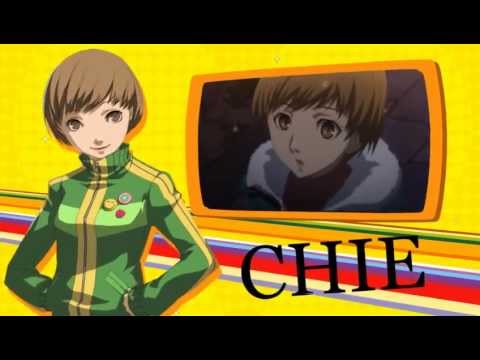 Here's a new trailer for the Vita remake of Persona 4, which Atlus will release on November 20. Anyone buying a Vita just for this? I'd totally consider it if I didn't have one already.