Borderlands 3’s Final Song Makes Me Miss The Heck Out Of...

Bakugan For Switch Has The Most Boring Battles 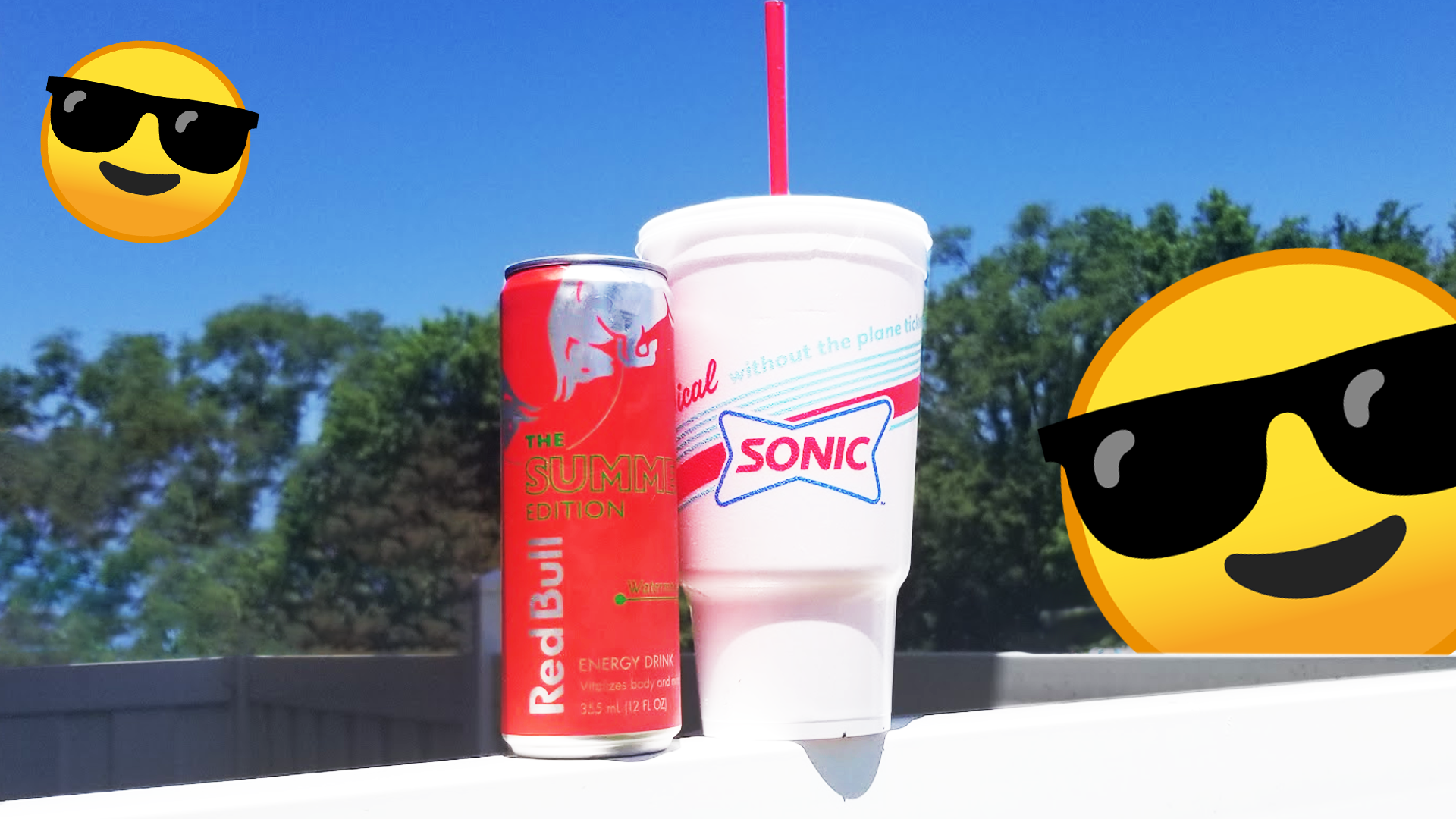 Summer is fast approaching the Northern Hemisphere. Days are getting warmer. The sun seems brighter and I’m wearing more shorts. And Red Bull has released a new Summer-inspired flavour but in two forms. The traditional canned energy drink and an icy slush drink at Sonic. Which is better? Read the headline. And the rest of this post!

This drink has technically been floating around the U.S. for a few weeks or longer, but finally, I found some around me. So with summer a few weeks away for the Northern Hemisphere, it felt like the perfect time to try this new Red Bull flavour. And while I was out, safely wearing gloves and a mask, I hit a local Sonic and grabbed their new Red Bull Summer Edition slush. I also didn’t think about what drinking two energy drinks at the same time would do to my heart or body. I can’t think about that stuff or I would probably never consume any of these drinks again. Behind the scenes of the top image. (Photo: Zack Zwiezen)

First, I tried the standard canned variant of this new flavour. I will preface my thoughts with the fact that I enjoy a nice Red Bull. It’s not my favourite energy drink anymore, but it’s still good. I’ve always liked the bite in a Red Bull. And the Summer Edition flavour keeps that bite, but it’s not as strong. Instead, it’s replaced with a nice watermelon flavour. The aftertaste of Red Bull is still there, I’m used to it by now, but if you don’t drink it often it might catch you off guard.

I sat out on my patio during a recent warm day and drank this can while it was ice cold and it did feel very refreshing. If I want another Red Bull in the near future I’ll probably grab another can of Summer Edition.

After drinking some of the canned variant, I tried the slush from Sonic. I was instantly disappointed by the lack of slush. It was more like a super cold juice. I stirred it a bit, hoping to get some ice bits on the bottom to incorporate with the rest of the drink, but it didn’t help much. The other thing that became apparent after a sip was just how much sweeter this slush version is compared to the can. The watermelon is hard to taste in the slush drink and I feel the Red Bull aftertaste and bite are also gone. If you told me this was a generic “red” slushie I wouldn’t argue with you. Partially because I trust you and also because it just tastes like oversweet juice. The kind of sweet that feels like it is going to give you a cavity in a few minutes.

And yes, for those who like it when I make terrible combinations using energy drink and sodas, I poured a third of the can into the slush and stirred it up. I liked it a lot! Suddenly the nice watermelon flavour of Summer Edition was more pronounced and the mixture seemed a little less sweet. Though I don’t think I should tell folks to go out and mix together two energy drinks into a large frozen franken-drink. That seems unsafe. But if you don’t care about things like heart attacks or sugar crashes, give it a shot!