Nioh 2’s free PS5 upgrade is out today, and with it there’s one less excuse for anyone to ignore last year’s best samurai combat game.

Released last March, Team Ninja’s Nioh 2 is an impressive Souls-like based in 1500s Japan that weaves together political intrigue, mythological creatures, and tons and tons of weapons. In addition to giant Ōdachi swords and Kusarigama blade chains, there are abilities, magical transformations, and different weapon stances that combine to create a deep combat system and lead to some really cool boss fights. (You can find out all of the things that make Nioh 2 great, and a few that hold it back, in former Kotaku senior critic Heather Alexandra’s excellent review).

DualSense support has also been added, but only when you’re using long-range weapons like bows. (Screenshot: Team Ninja / Kotaku)

Now, thanks to a next-gen upgrade on PS5, this combat can play out at a high framerate without compromising visual quality. The original version on PS4 offered players the choice between an action mode prioritising up to 60FPS and a cinematic mode emphasising graphics locked at 30FPS and under. The PS5 version now plays at 60FPS while looking better than either of those, with the option to go up to 4K. There’s also the option to do 120FPS at a lower resolution, if the hardware is hooked up to a display that supports those options. 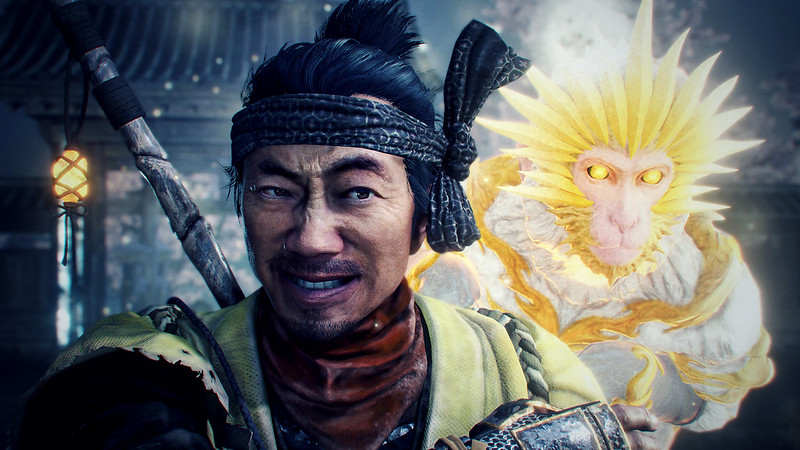 Since I don’t have a 120hz TV, I wasn’t able to check out Nioh 2’s 120FPS mode. Still, the game plays smoothly and responsively enough at 60FPS, and not having to sacrifice visual fidelity means that textures, lighting, and shadows all look crisper and aren’t popping in after the fact. Nioh 2’s PS5 upgrade isn’t as visually stunning as Control’s, which adds ray-tracing and thus a whole new level of atmospheric detail, but it’s free and does a decent job of lifting the game up for its next-gen debut. The biggest compliment I can pay to Nioh 2’s PS5 upgrade is that it allowed me to focus 100% on the intricate dance of dodges, counters, combos, and Ki pulses that make its combat feel fast-paced but still weighty and substantial.

While Nioh 2 certainly draws a ton of inspiration from Dark Souls — you’re at the mercy of a stamina bar, it’s easy to die, and you start back at a shrine when you do — it offers its own unique spin on a lot of those elements, creating a much more approachable game in the process. While still rewarding patience and learning, Nioh 2 leans more into arcade-y hack and slash combat, with lots of extra mechanics you can learn to exploit to help give you the edge in fights. It also has a much bigger focus on loot, which can at times be to its detriment, but also helps provide smaller rewards in the short term to work towards and feel good about.

Simply put, even if you’re not interested in Souls-likes, you should still be interested in Nioh 2, and hell, maybe it’ll even make you want to give those other games a second look once you’re done. My suspicion is that a lot of people might have missed out on it during last year’s early spring release blitz, which included Animal Crossing: New Horizons, Doom Eternal, Resident Evil 3, and Final Fantasy VII Remake. I certainly did. That was a mistake, and one I started 2021 by correcting. Now’s a good time for everyone else to do that, too.