I have played 40 hours of Forza Horizon 4. I love it. I made a 22-minute video about how much I love it.

In Forza Horizon 4, players experience all four seasons of a fictionalised British Isle, which includes one Scottish city (I won’t spoil which one). In keeping with this theme of four seasons, I divided my video into four chapters. Each of these chapters focuses on one wish I found myself making while playing Forza Horizon 4.

I wished this game had existed when I was nine years old. I loved cars then, though back in 1988 a kid could only get so far loving cars through Hot Wheels. I would have played no other game than this if it had come out when I was a kid.

Forza Horizon 4 is the Rolex watch of Hot Wheels playsets.

I wished that I could convince some of my friends to play this game with me. They’re all so busy, or they’ve fallen off of video games, though I know for a fact they would love this one and we would have an incredible amount of fun.

I wished I had a car again. I moved from a suburb in Northern California to New York City a year and a half ago, and I spend a lot of time on the subway fondly thinking of my old Ford Crown Victoria Police Interceptor.

I tried as hard as I could to unlock that same car in Forza Horizon 4 so as to include an overly detailed 45-minute segment about it in my video. Unfortunately, the car is exclusive to the game’s prize wheel spins, so I’d be better off buying a lottery ticket.

The last wish was pretty much just an excuse to talk about the graphics. Oh my god: The graphics. I want to eat this game.

So come along and hang out with me. You’ll get to see me drive a Skyline, a GT-R, a 1998 Subaru WRX, a ridiculous Ken Block Hoonigan, a couple of Lambos, a Ferrari, and a hilarious Jeep Trailcat. It’s all my favourite cars!

Except Toyota cars, because Toyota apparently decided they don’t like putting their cars in racing games any more. Is a racing game without a Toyota Supra even really a racing game? (Mitsubishi is absent as well, though I’m not as upset about that.)

There is the awkward presence of a handful of Toyota trucks. They look so lonely, representing their brand without their famous car siblings anywhere in sight. 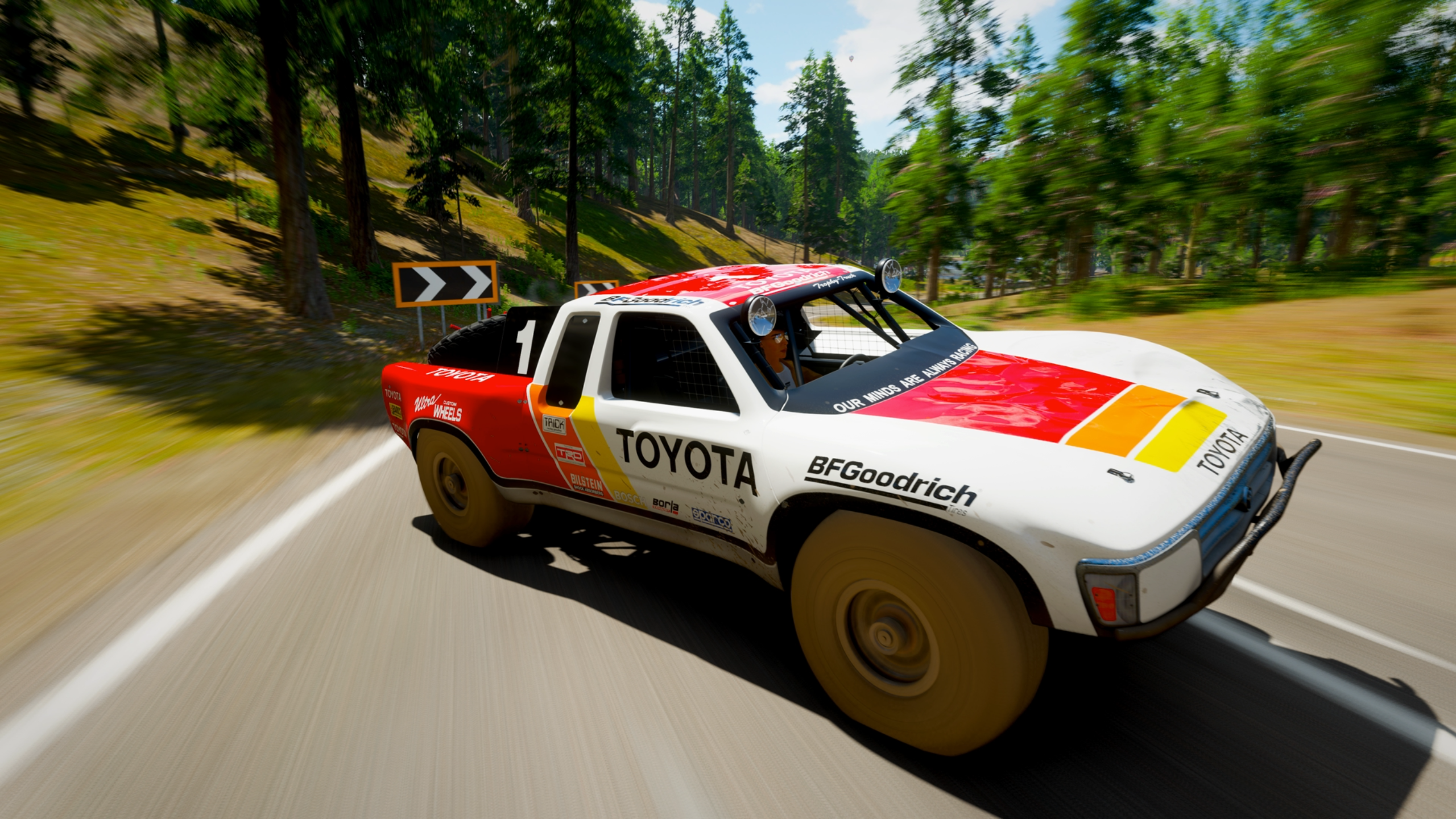 Much to my overjoyed surprise, one of those Toyota trucks is a 1993 Toyota Baja Trophy Truck, done up with the sponsorship worn by none other than Ivan “Ironman” Stewart. I paid 500,000 credits for it, and I gotta say, that right there is definitely the Toyota Supra of trucks.