Watching the first episode of Yasuke, Netflix’s new fantastical animated show about the life of a Black samurai, I started to cry. I remembered how it felt to be a 16-year-old girl watching anime in the nighttime darkness of my living room. Watching Yasuke, with its titular Black character kicking arse to a soundtrack by musical producer Flying Lotus transported me back to that time, and it feels fucking amazing.

I was an anime nerd growing up, but when I was young I could only watch the shows piecemeal at my cousin’s house. When I was 16, my family moved from the apartment complex I’d lived in my whole life into a new house. It was our first house, and it was the first time I remember having a cable package that included Cartoon Network. For the first time, I could watch anime in my own house, especially the shows on Adult Swim.

Adult Swim is probably one of the most formative TV experiences to an entire generation of Black millenials. Introduced in 2001, Cartoon Network’s late-night “mature” programming block featured a lot of the shows that Black nerds point to now and say, “That’s what got me into anime.” Dragon Ball Z, Yu Yu Hakusho, Inuyasha, Samurai Champloo, Ghost in the Shell: Stand Alone Complex, and the great-grandaddy of foundational anime shows for Black weebs: Cowboy motherfucking Bebop. 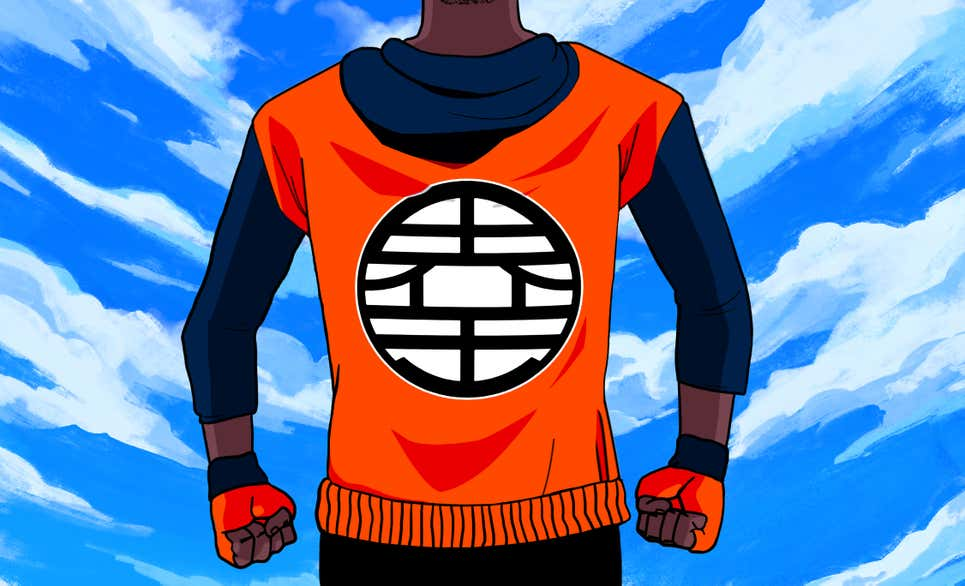 If it was anime on Adult Swim, I watched it. Because the shows came on so late, I wasn’t allowed to watch them live, so every night I’d set up my VCR to record them, then rush home after school and watch shows from the previous night. Just as important to me as the shows themselves were the “bumps” — short musical interludes that played before and after a program and during commercial breaks.

Sometimes bumps were silly, nonsensical things filled with untranslated Japanese characters. Old heads will also remember the swim-themed bumps, like “No diving in an empty pool.” The bumps that stuck with me most were ones that featured some peaceful scene as ambient music played. I loved that kind of music, maybe because it was so similar to the kind of music Tsutchie, Fat Jon, and Nujabes (RIP to an absolute legend!) made for Samurai Champloo. When I went away to college and hooked up with other anime nerds, I finally learned that one of the artists responsible for the music that played during those bumps was a DJ and music producer from Los Angeles named Flying Lotus.

Flying Lotus became a musical mainstay in my life. Because of his association with Adult Swim and the anime I watched as a teenager, anime and his music are intrinsically linked to me. In an interview with Vulture, Flying Lotus says that anime played an important role in his life too.

“I have a deep connection with Dragon Ball Z, like a lot of people do,” Flying Lotus said to Vulture. “I was really into Akira early on. But when Dragon Ball came out is when it was like…Man, the drama.”

When Netflix first started working on Yasuke, Flying Lotus was brought on to produce the music. In his Vulture interview, he calls it a “full-circle” moment — going from being anime adjacent with his Adult Swim bumps to being featured in an anime he himself helped produce.

Watching Yasuke feels like a full-circle moment to me too. Growing up, and even now as an adult, I never expected to see Black people in anime. I’m surprised and delighted when I do — provided it’s not a racist depiction. (I am looking at you, Sister Krone from The Promised Neverland. Yes, I know she’s a good character, but the way she’s drawn…yeah, nah I take issue.) Black characters in anime are rare, so whenever they show up, I hoard them like precious jewels. As I’ve gotten older, there seems to be more Black anime characters than ever before. And now, I’m getting shows made by Black people too. It’s like a Black anime character renaissance for which Yasuke is the crowning jewel.

In Yasuke, I have an anime featuring Black people, made by Black people, and scored with Black music I’ve loved for the latter half of my life. It’s no wonder I cried.