Battlefield 2042 Won’t Have A Campaign

When Battlefield 2042, the next entry in DICE’s long-running series of first-person shooters, releases this October, it will launch as a multiplayer-only game. Sorry, fans of those War Stories. No campaign this time around.

First revealed (well, officially) this morning, Battlefield 2042 takes place in the future, a marked departure from the recent historical-based games and, before that, those set in the modern era. In 2042, catastrophic climate events and a decade-long recession on the scale of the Great Depression force the United States and Russia into a geopolitical stalemate. Sound familiar?

That sure sounds like a ripe setting for a campaign — one in which modern themes can be explored vis-à-vis a futuristic setting — but previews from Eurogamer and other outlets affirm that no such traditional narrative mode will be available from the jump. But some previews indicate story-telling won’t be entirely absent from Battlefield 2042.

“We really want to push the scale here and deliver on our three key multiplayer experiences,” DICE general manager Oskar Gabrielson told GamesRadar. “We’ll still be able to deliver a compelling narrative within the world that we’re building and, as you’ll see, the world and the narrative will develop through the live service.” 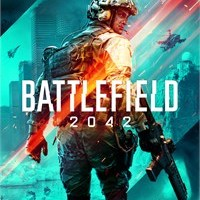 Like every multiplayer game ever, Battlefield 2042 will feature seasons, each of which comes with a battle pass. The game will also do away with the old class system in favour of so-called specialists, each of which comes with two unique perks but other allows for fully customisable loadouts. DICE plans to roll out four of these seasons — and four of these new specialists — during Battlefield 2042‘s first year.

At the moment, it’s unclear whether or not a campaign or a battle royale will show up in the future, either as part of those seasonal rollouts or as standalone expansions. Representatives for EA, Battlefield’s publisher, did not immediately respond to a request for comment.