The original PlayStation wasn’t the first video game system to use interchangeable memory cards for save games, but it certainly took the idea mainstream. Many folks accrued small piles of the things by the time PS2 rolled around, in a variety of styles and colours. And now, one enthusiast thinks he’s collected all of them. Well, almost.

I *think* this is the retail SCPH-1020 #Memorycard collection now complete?

(Not inc. a couple of special edition colours that were promotion items in specific regions or the Yaroze Access card)
PocketStations included here because PocketStations.

There were, he allowed, a few super-obscure regional variations he probably lacked, and then a commenter promptly informed him of two Japanese colours he might have overlooked. So it goes. But just getting to this point of collecting nearly all of them is quite an achievement.

A few years after 1994’s initial slate of all-grey accessories, Sony jumped on the colourful hardware bandwagon Nintendo was busy pioneering with Nintendo 64 and Game Boy, releasing a series of multihued PlayStation memory cards and DualShock controllers. For some reason the memory card variations aren’t particularly well documented, which explains why Lock used a few mild disclaimers when revealing his collection.

I reached out to Lock to hear more. Regarding the relative lack of reliable documentation, Lock notes that people routinely mix up even rare, big-ticket items like the black Sony Net Yaroze console and the midnight blue PlayStation limited edition that celebrated 10 million sales, which can look similar in photos depending on lighting. So, good luck finding clarity on piddly accessories like memory cards. He also acknowledges the existence of a large number of counterfeit cards, available in various colours, some of which are quite convincing.

Then there’s the ageing issue. You know how a lot of old electronics, like the SNES, turn an ugly yellow? Same here.

Read More: Our Best (And Worst) Memories Of The PlayStation, 25 Years Later

“A lot of memory cards [including the translucent ones] are bromine-afflicted these days, causing the pigment to take on a yellowed appearance, which distorts the colours,” he says. “I’ve seen at least one person claiming that beige is an official memory card colour!”

Beige was not an official memory card colour, but Neon Yellow was, and Lock cites it as his favourite of the bunch. (Only a true expert can tell you how the West’s Neon Yellow may vary from the Japanese colours “Sherbert Yellow” and “Lemon Yellow.”) In a bit of a cheat, Lock’s pick for second place goes to his Crystal PocketStation, which has thus far managed to avoid becoming yellowed. 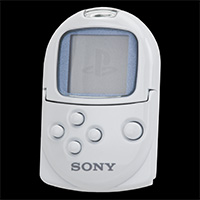 PlayStation memory cards were not known for their excessive capacity, holding just 128 kilobytes each. (A common 3.5″ 1.44MB floppy disk held 11.25 times as much data.) Including duplicates, Lock currently has 24 SCPH-1020 cards on hand, which adds up to a not-so-whopping 3 megabytes of storage capacity. For comparison, a single PS4 Ghost of Tsushima save requires 3.15MB. A standard PlayStation 2 memory card contains 8MB, or 2.67 times as much capacity as Lock’s entire stack of SCPH-1020 cards.

As every Sony kid will recall, PlayStation memory cards were split into “blocks.” 15 8KB blocks were available for game saves, with one remaining 8KB block acting as a hidden table of contents. (One last number: That Ghost of Tsushima save would require about 403 PlayStation memory card blocks, split across 27 cards.) Because “deleted” saves are really just scrubbed from the table of contents, Lock’s often able to recover deleted saves when he buys a used memory card.

“I do like to be nosy and see what people were playing on their PlayStations,” he says. “I can usually recover deleted saves, which can make for some interesting finds or [just] loads of [partially] completed Crash or Spyro saves.”

Only a Spyro 2 save on the new memory card? Let's see what the Xplorer FX's VMS can recover!
Much more interesting ????#retrogaming pic.twitter.com/kyWaBRWlce

At the system’s 1995 U.S. launch, the Sony-brand cards retailed for $US25 ($32), or around $US44 ($56) in today’s dollars. In retrospect, it’s pretty uncool that Sony didn’t include such a crucial accessory with the console itself. You don’t have to web-search very hard to find stories of kids playing through entire Final Fantasy games without saving (and worse, starting over when they died) because they either couldn’t find or couldn’t afford a PlayStation memory card back then. 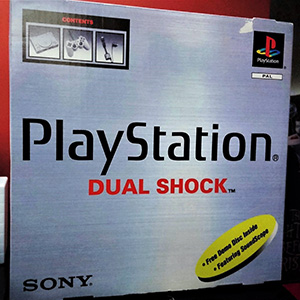 Surprisingly this red memory card was one of the hardest to find, only seeming to see an official release in North America. Tools of the trade. The weird-lookin’ X-Assist unit was part of the Xplorer FX (Xploder FX in the USA) cheat-finding device. You never know what you’ll find on people’s old memory cards, but Crash Bandicoot is At least they don’t break. Even after two-and-a-half decades, it’s rare to hear of official Sony memory cards failing.

“Oxidation builds up on the contacts over time which can cause reliability issues, but this can easily be solved with a suitable electrical contact cleaning and deoxidation product,” says Lock. “This issue is not unique to PlayStation memory cards, but just about anything that relies on physical electrical contacts. My original childhood one had at least one trip through the washing machine and is still actively used to this day.”

I asked Lock which official PlayStation memory card colours might be particularly rare, and it predictably varies by region. “[Here in] the UK, the frosted translucent plastic versions are uncommon, as we did not seem to get a domestic release or it was very short lived,” he says. “But also Red, which only seems to have had an official release in the USA, and possibly for promotional purposes in Japan.”

As for what he’s still seeking, well, there are those two Japanese colours he just learned about. But Lock has no desire to collect all the PocketStations or third-party cards — that’d be a nightmare — so one man’s quest to attain (almost) all SCPH-1020 PlayStation memory card variations is indeed close to its end. Now maybe he can focus more on filling them with saves from all the cool PlayStation games he’s collected in the process.