Today, the term “gaming chairs” is synonymous with those gaudy padded monstrosities you see in the background of a Twitch video. But in the late ’80s/early ’90s, a Japanese company had a much simpler idea.

These are Iron Craft’s efforts, which consisted of taking a rather uncomfortable-looking stool and sticking a controller at the front of it. That’s it. The only variable involved for the size of the player was the fact you could slide the controller forwards or backwards.

Looks awkward at first, but I admire the simplicity. The controllers look amazing, given the time (especially the one with a throttle), and while the design doesn’t look as though it’d support long sessions, it seems perfect for something like a fighting game tournament or FIFA night where people can just swap in and out of the hot seat. 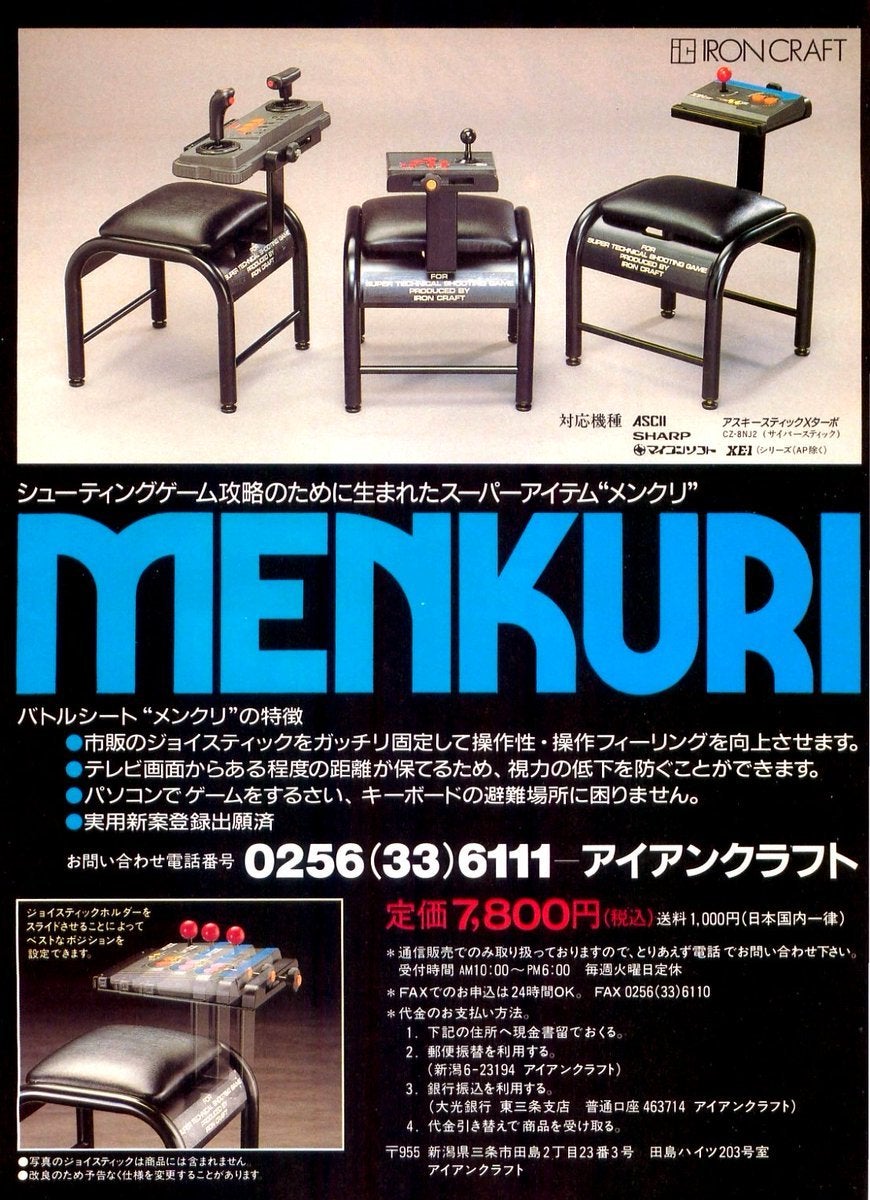