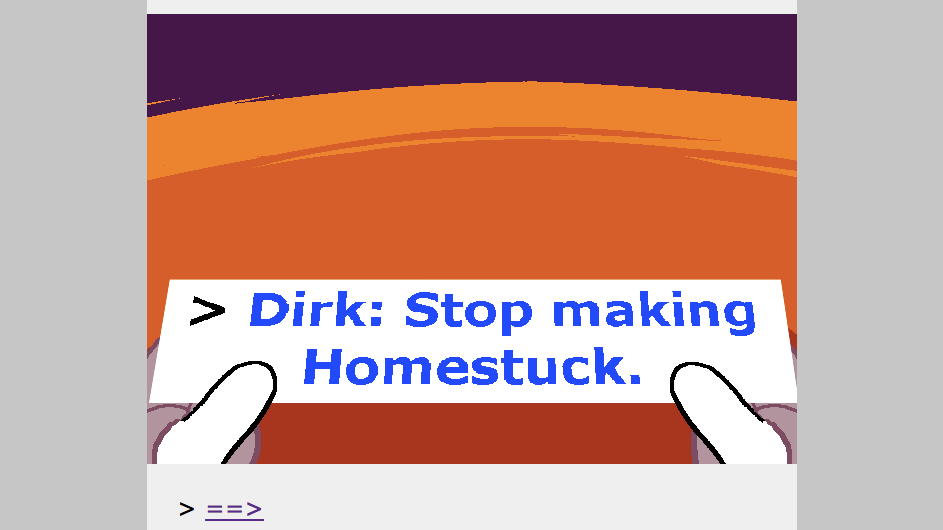 The Homestuck Game Is So Good, Y’all Image source: Gina Chacon/Tumblr, Twitter At long last, the first episode of the Kickstarted Homestuck game, Hiveswap, will be released, only five years after it was originally announced. Homestuck was one of the biggest fandoms of the early 2010s, but what exactly was it? Well, that’s a complicated question. After Seven Years, Homestuck Comes To An End

Jason Schreier
10
There are no more articles to be viewed