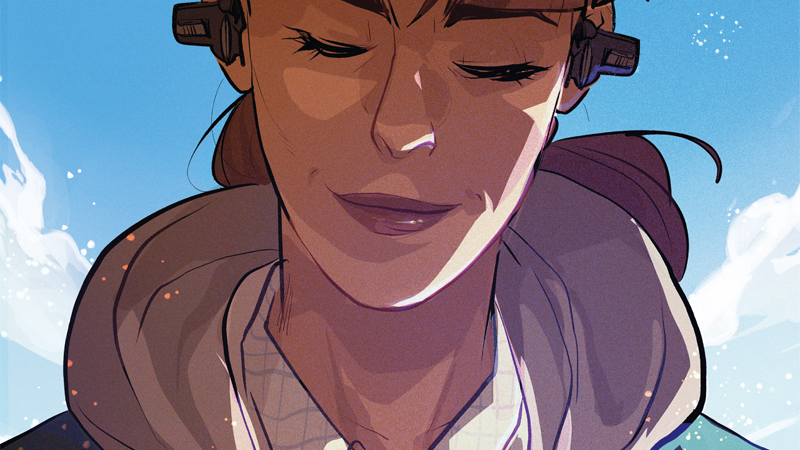 Basil is about to find herself aimless in a future defined by its self-purpose. (Image: Claudia Aguirre, Comixology)

When we think of the utopias of our science fiction, it’s all hunky-dory, perfectly fine—everyone’s ok as long as they’re part of something like Starfleet, or using their time to excel at their true purposes. But what if you were one of the weird outcasts of the world before humanity got utopian? The team behind punk rock adventure Kim & Kim want to find out in their new comic.

Check out a first look at Magdalene Visaggio and Claudia Aguirre’s next team-up—joined by letterer Zakk Saam and editor Joe Corallo— after the queer, sci-fi bounty hunting adventures with the myriad Kim & Kim series since they kicked off in 2016, and their later work on Morning in America.

Published through the Comixology Originals program and set in a socially reactionary future where humanity has united and looked to the stars, Lost on Planet Earth follows the disciplined Basil Miranda, as she prepares to follow in her family’s long tradition of military history and join the Interplanetary Union Fleet. 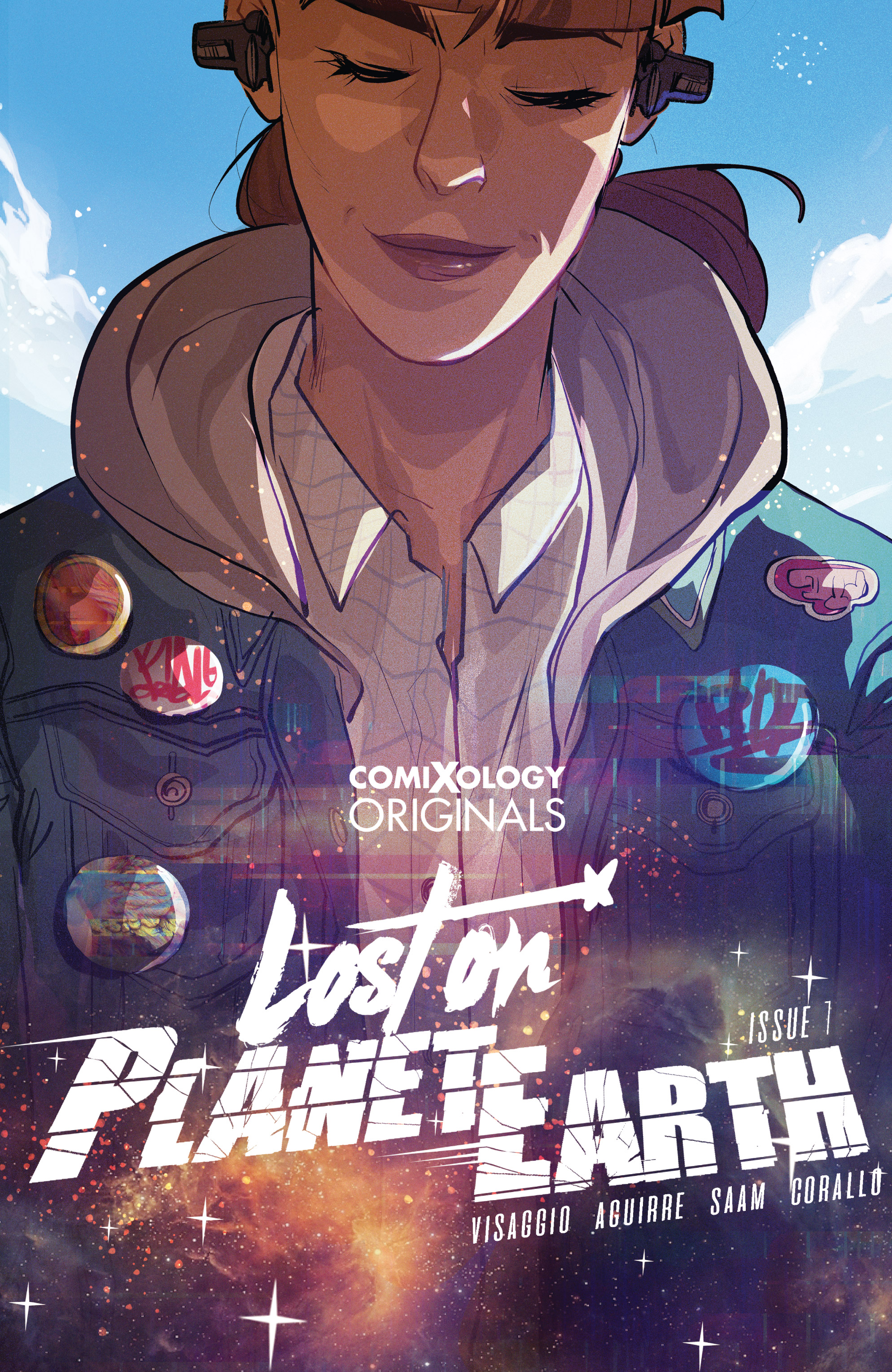 But then Basil gets hit by a curveball on her IUF admissions exam with a surprisingly simple question: What makes her happy?

Fleeing the exam in disbelief, Basil finds herself caught up in a relationship with an alien, Velda, as she introduces the now-purposeless young woman into a Richmond enclave for people who now, like Basil, find themselves trapped in a perfect society of purposeful people the aimless, the outcast weirdoes and minorities of a utopia.

“This is a series about the ones who stay behind, the ones who don’t like what they see. It is an examination of choice and self-determination and self-knowledge,” Visaggio said in a statement provided to Gizmodo. “At its heart, Lost on Planet Earth is a sci-fi slice-of-life comic about a burgeoning group of friends making their own way in a world that has no place for them.”

Before she finds that way herself, see Basil prepare for her life’s work in an exclusive preview of Lost on Planet Earth’s first issue below! 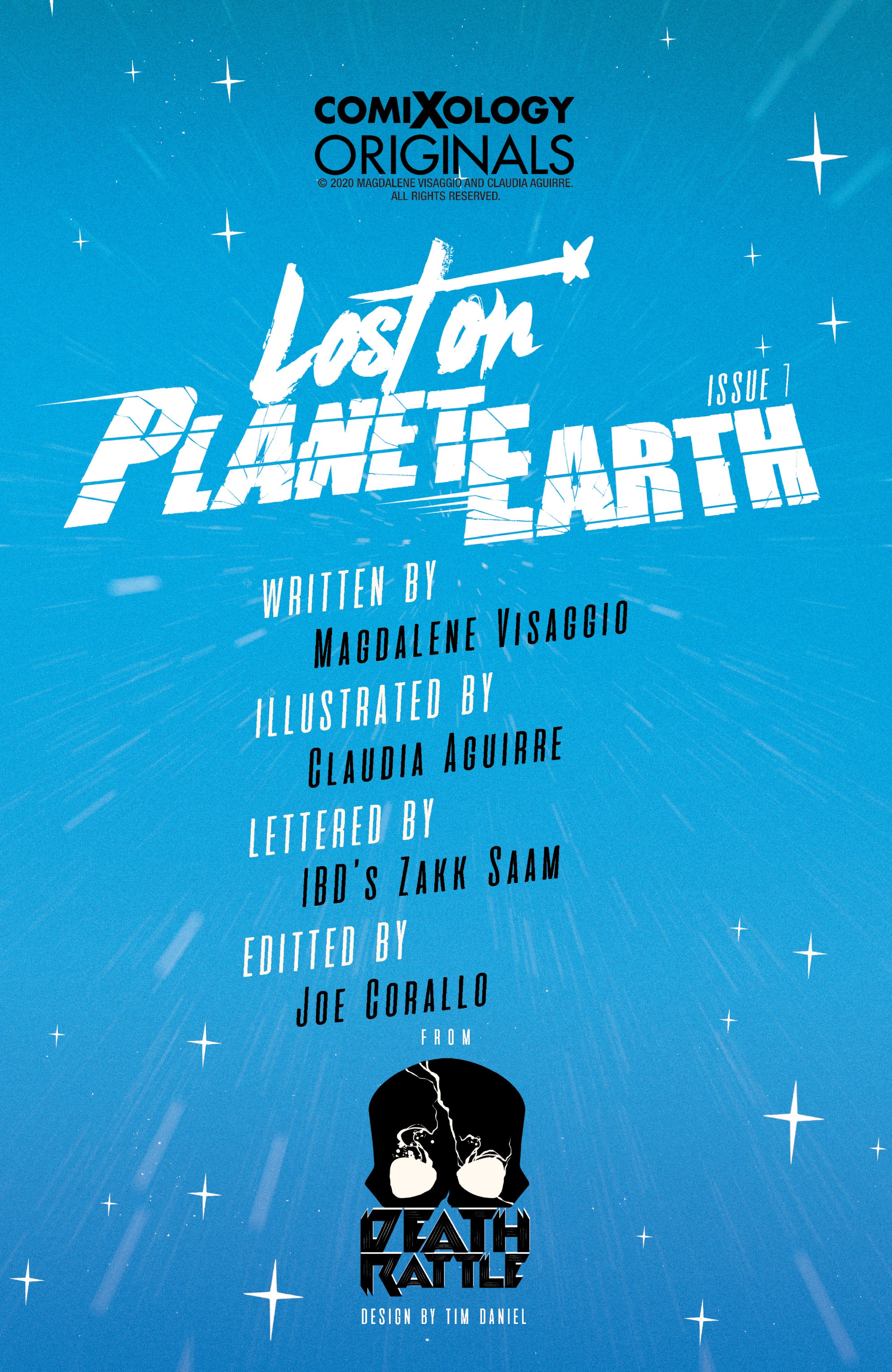 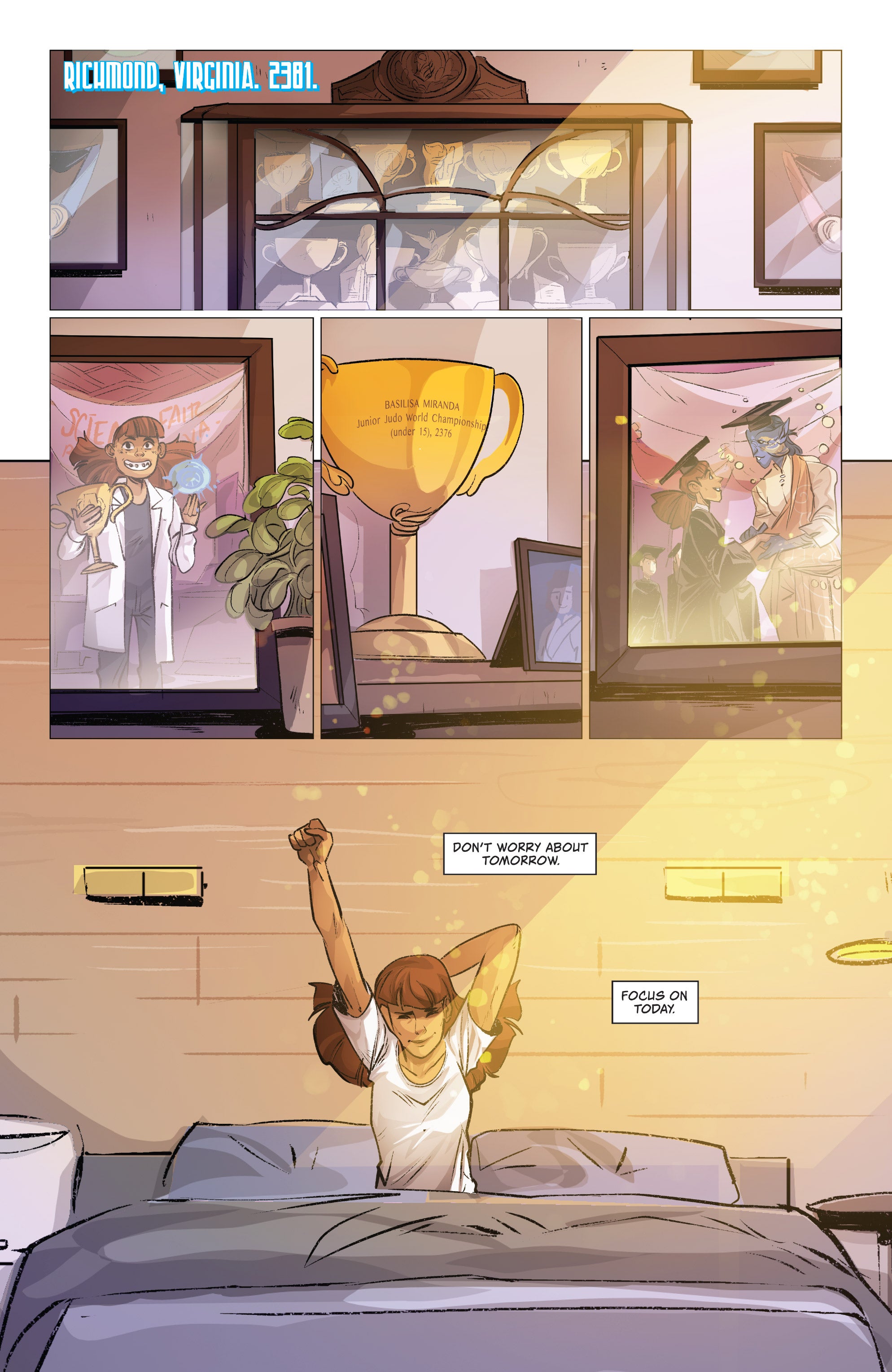 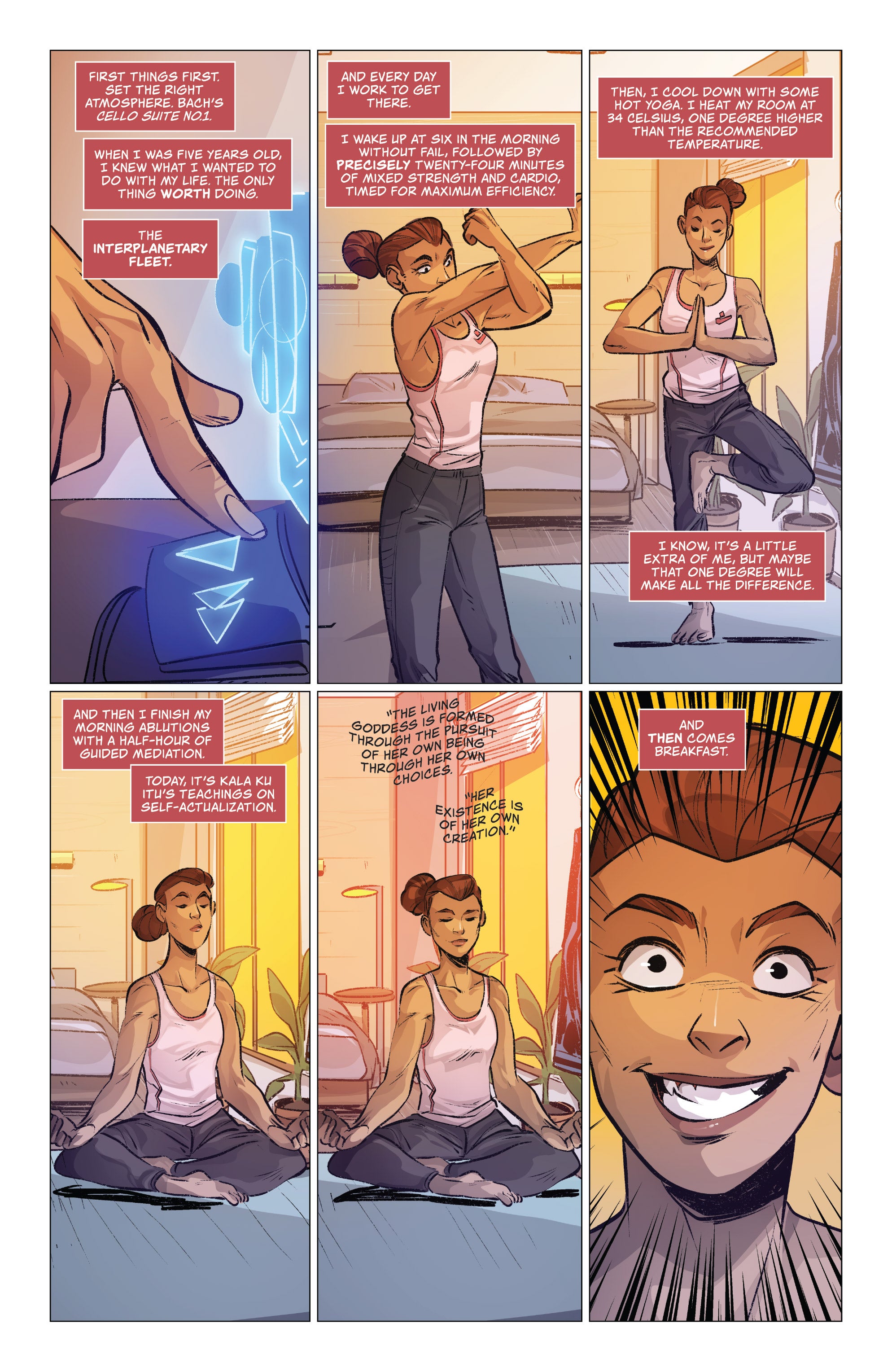 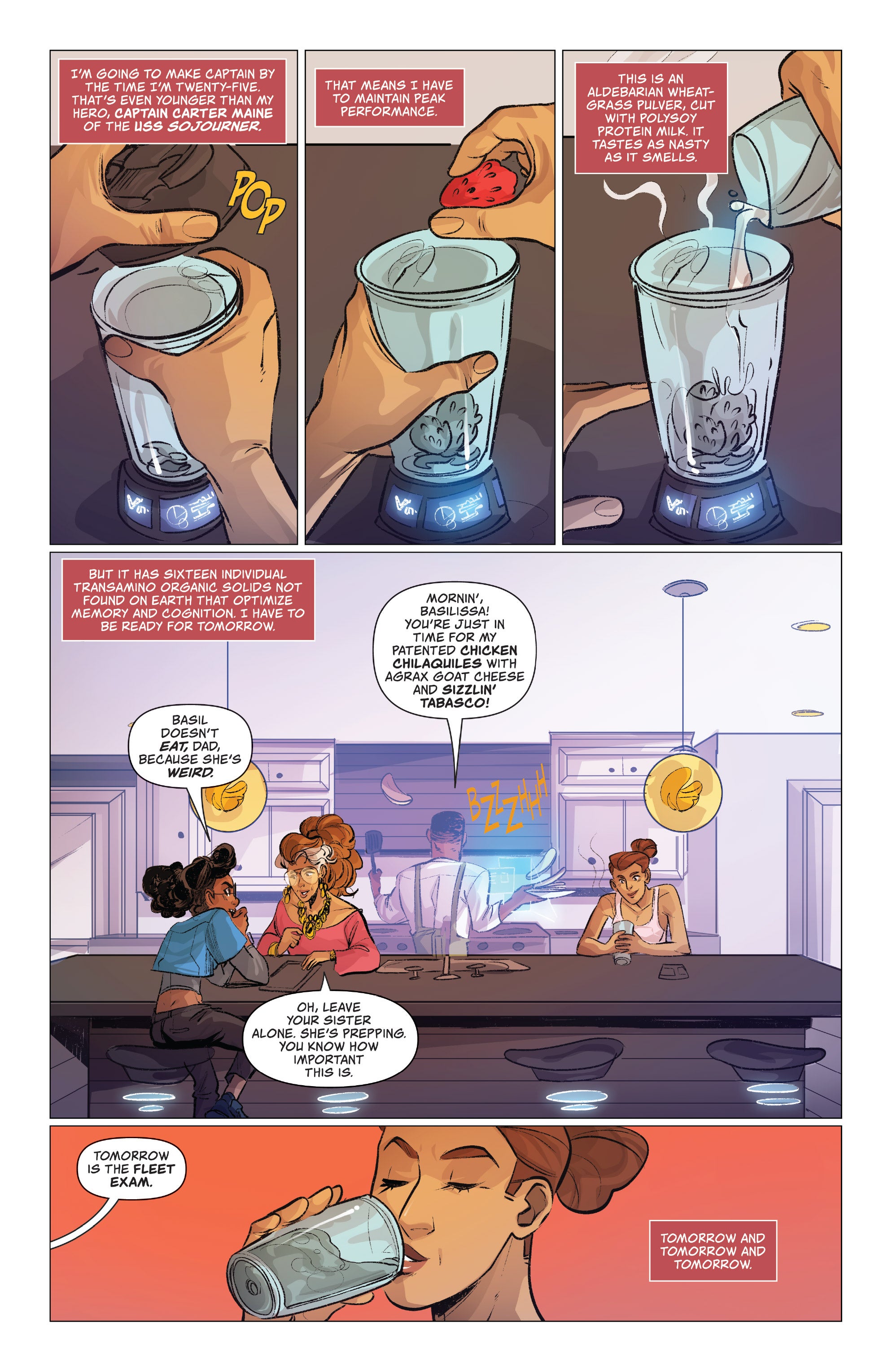 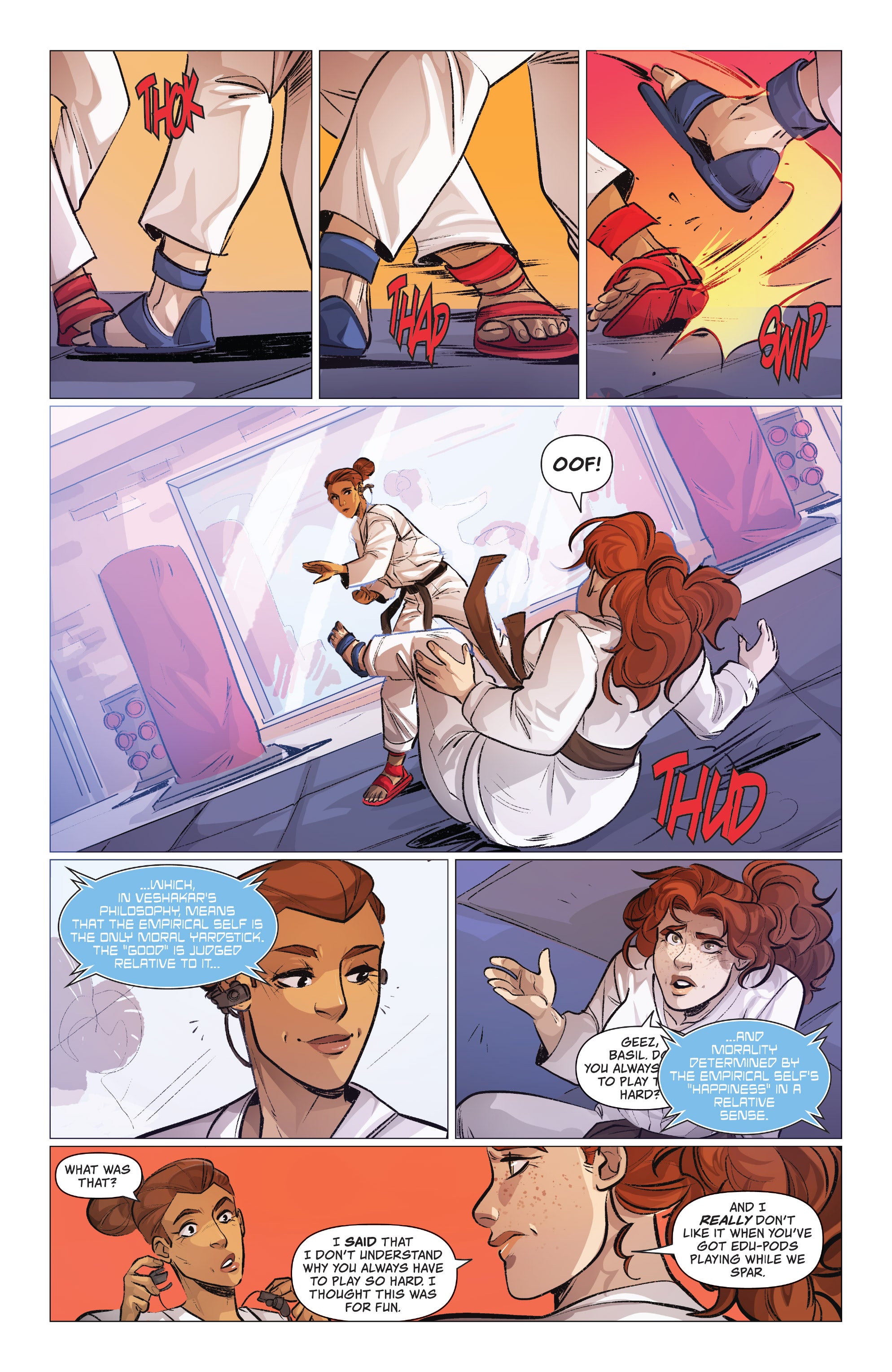 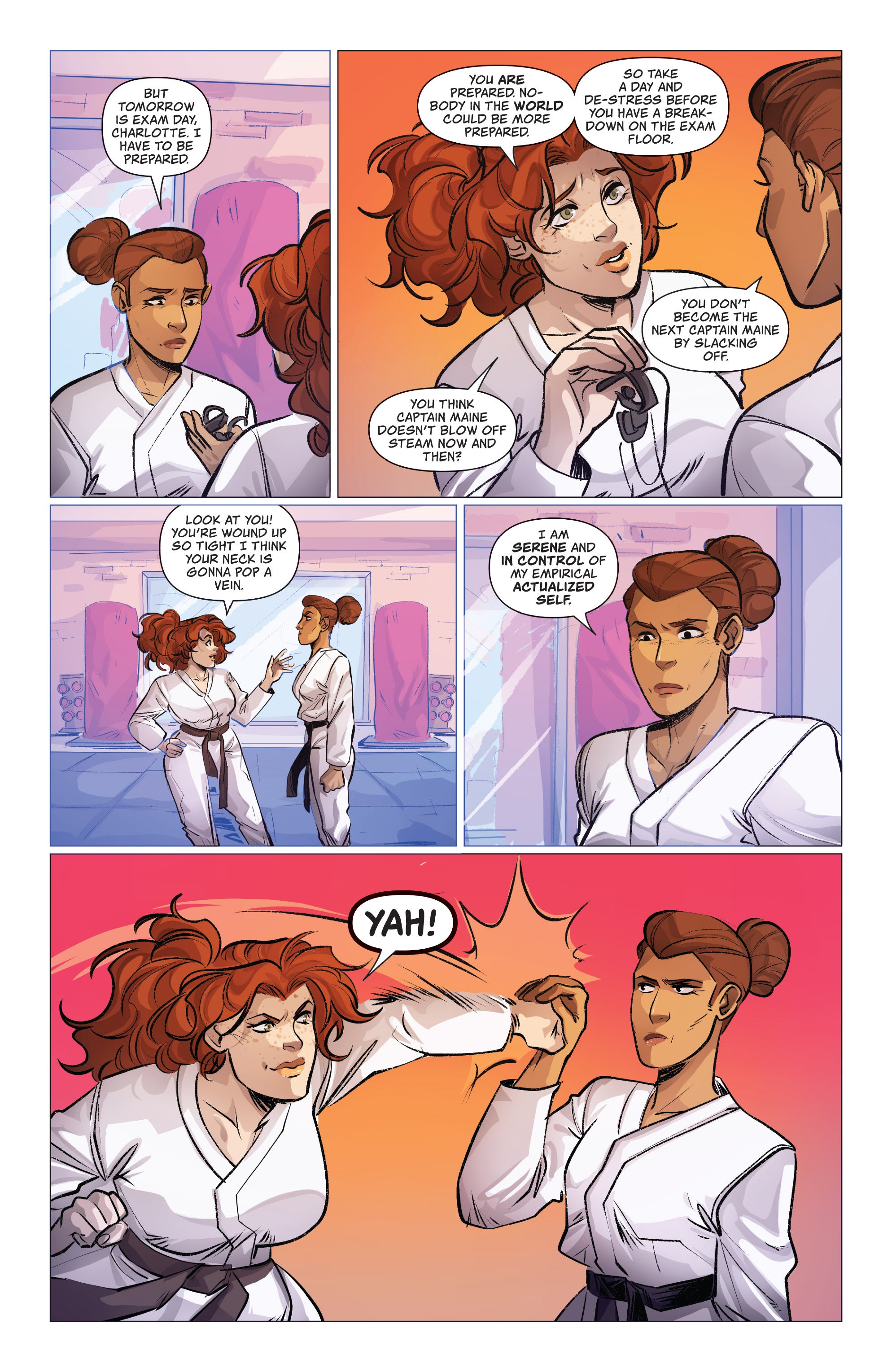 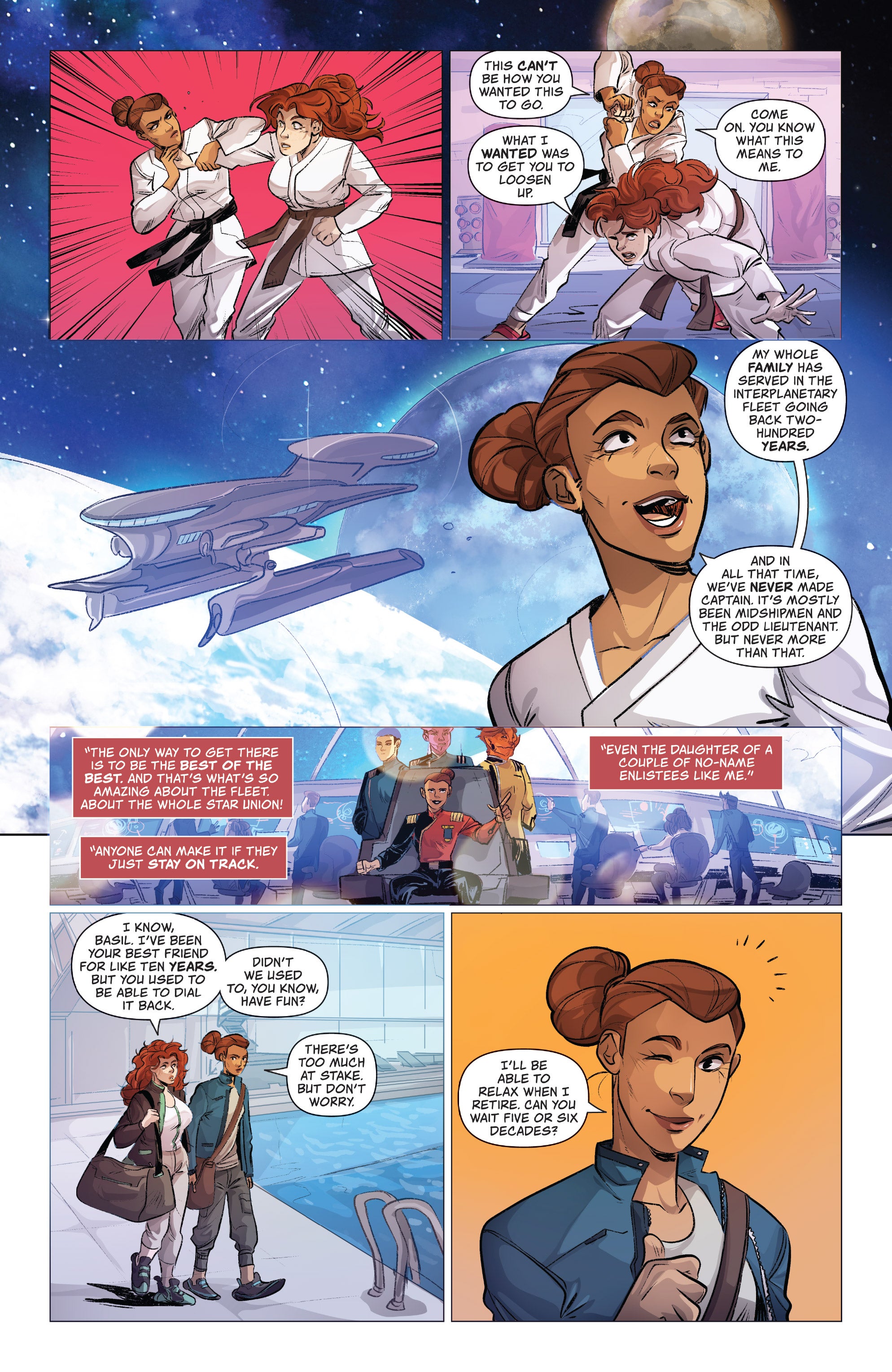 A five-part miniseries, Lost on Planet Earth begins on Comixology—accessible for free as part of the platform’s Unlimited subscription service, Amazon Prime, and Kindle Unlimited, or for purchase on Comixology and Kindle—this week, April 16.