Lorelei The Symphonic Arsenal was a prize card at the 2008 Yu-Gi-Oh! World Championships. There are only six in the whole world. Six real cards, that is.

According to YTV and MBS, 29-year-old Shunki Iwasaki allegedly sold a fake Lorelei The Symphonic Arsenal to a 20-something year-old Kyoto woman for 400,000 yen ($5048) through an online auction earlier this year.

After she realised it was counterfeit, the woman contacted the authorities, who have since arrested Iwasaki.

“I thought it might be fake,” Iwasaki is quoted as saying. 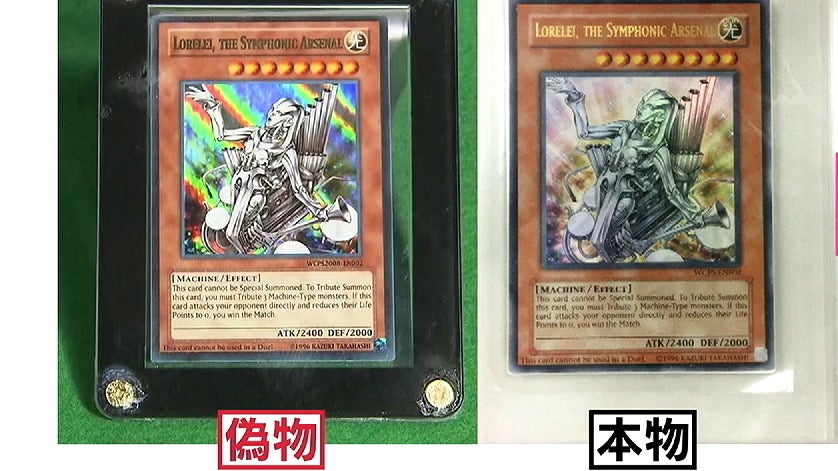 Here is how the real card, which is labelled 本物 (honmono), compares with the bogus card, labelled 偽物 (nisemono).

A closer look at the fake card.

Be careful when buying premium cards, whether that’s online or in person.