In This Hilarious Dystopian Future, Gang Wars Are Fought With DDR 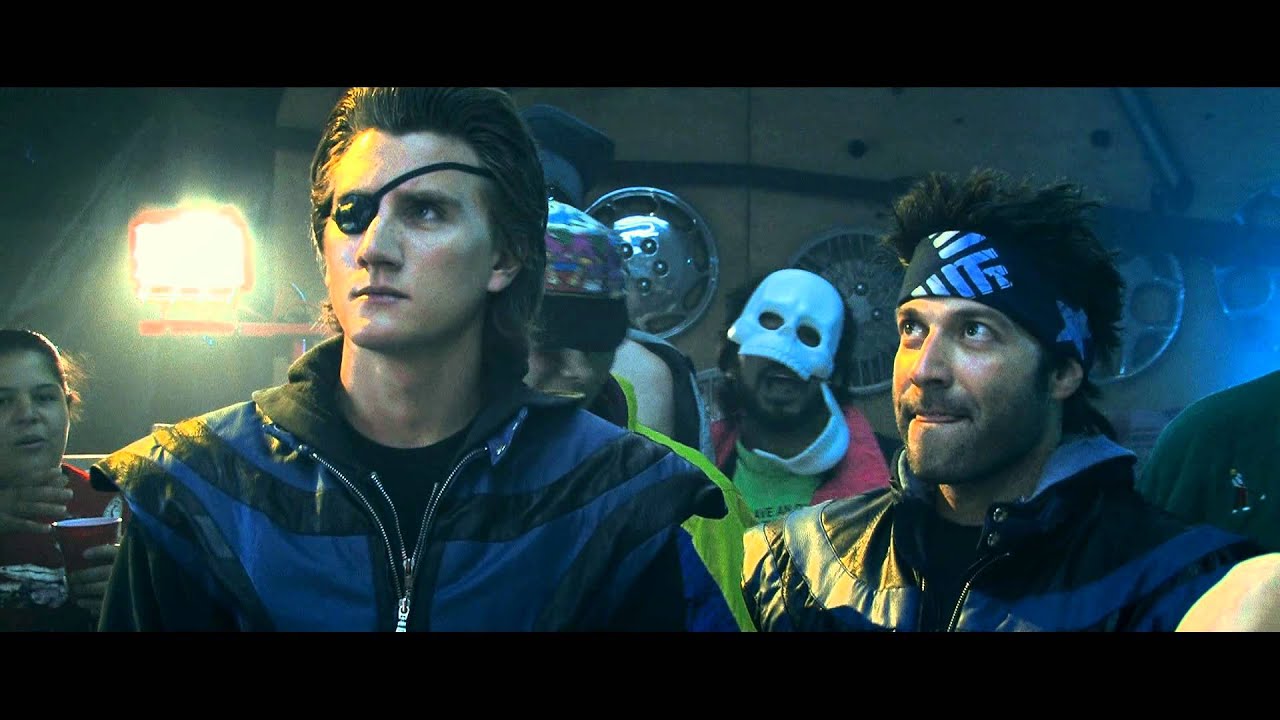 Welcome to The FP, Bitch! At least, I’m assuming that at some point someone in this movie will utter that line. As they do, you will be welcomed to The FP, a new and absolutely ridiculous movie from Drafthouse Films, which comes out tomorrow in US cinemas.

Above, you can watch the first 10 minutes of the film. You should. You really should. How can I describe it?

Two bros from a gang called The 248 (This is an Oakland county area code. So I guess they’re in Detroit?) meet up to take on some jive turkeys from the rival gang, the 245. But here’s the twist — in this super edgy and really tough version of America, gangs don’t fight with guns of knives, they fight with a video game called Beat Beat Revelation. Which is basically Dance Dance Revolution.

There’s also some weird stuff going on with Civil War iconography? The evil 245ers wear confederate gear, and their champion’s screen name invokes the n-word. Even though as far as I can see, everyone in the movie is either white or Asian… And the “FP” here stands for Frazier Park, which doesn’t appear to be a neighbourhood in Detroit… but why else would they use numbers like that for their gang names? Would there really be two all-white street gangs in Detroit? Clearly there is a complex backstory going on here.

I can’t quite get my head around whether I love this because it’s so ridiculous, dumb, and funny, or hate it because it’s such a blatant attempt to be “culty.” (I’m leaning towards love.) It’s narrated by James Remar of The Warriors. One of the bad guys carries a huge silver boom-box on his shoulder. The reluctant hero has an eyepatch. (!!)

The vibe reminds me of the amazing Foot Clan hangout from the Teenage Mutant Ninja Turtles movie. The tryhard gangsta dialogue is particularly amazing: At one point, someone calls someone else a “Trippin’-ass lip-smackin’ pancake munchin’ mo-fucker.” Before going into “battle,” the 248 champion gives the following incredible speech:

Don’t let this shit put your brain on flips, you gotta think of Beat Beat Revelation like it was the civil war! Four score and a couple years ago, ma and pa fought for some serious shit! Ya heard??

The challenge is up in this motherfucker, J-Tro! Now is the time! All these carpet-baggin, fut-buckin bitches from the 245, and us from the 248 – we gots to be ready for anything!

That’s why we gots to get each others’ backs! To the end, aiight?

What follows is a tense, action-packed game of… Dance Dance Revolution… which ends in them kicking it into Omega Gangsta Mode and then with the guy from the good 248 gang dying.

Yes! He is defeated so hard at DDR that he dies from it. And that is where things get bro-motional. Hands are thrown up to the heavens. The phrase “Nooooo!” is uttered.

Look, I don’t know whether this thing is good or bad, honestly. My sensors have been overloaded by it. All I can say is that I very much want to have some friends over (or head out to the Roxie in SF), crack open a six pack, and watch the entire thing.

The FP is playing in select theatres in the US (link is below) starting on March 16th, and viewers can also set up their own screenings through a website called tugg.