Sakura Trick Is My Favourite Anime Of Q2 2014

The Q2 2014 anime season was full of over-the-top action, tongue-in-cheek comedy and interesting thought experiments. But even with all those possibilities, the anime I most looked forward to wasn't one of those, but rather the lesbian romantic comedy Sakura Trick. Here's why. 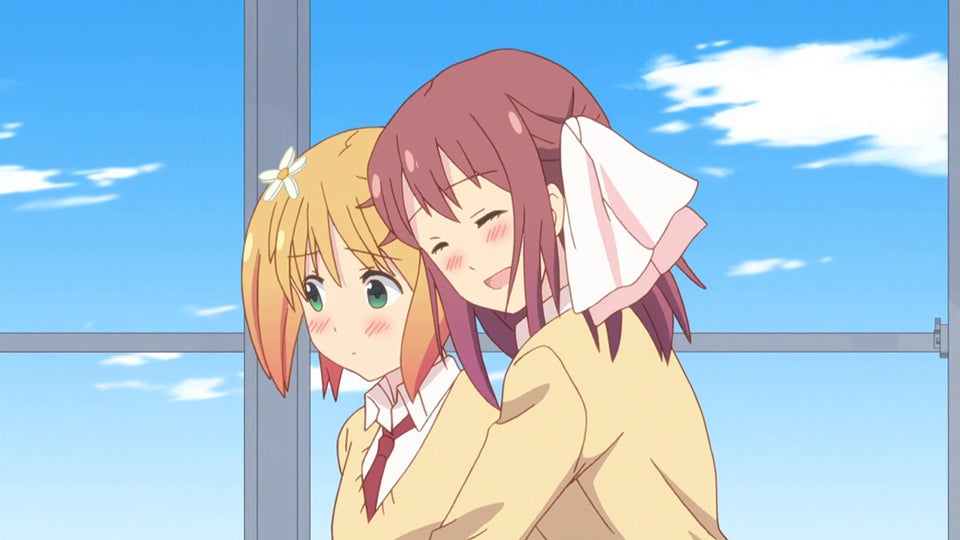 All too often, TV, books, movies, and especially anime all focus on a will-they-won't-they when it comes to romance — endlessly drawing out the dilemma until the final episode where the two admit their feelings. The problem with this scenario is that admitting you like another person is the beginning of a relationship, not the happily ever after. Sakura Trick is one of the few anime I have seen that does not fall into this trap.

Haruka and Yu, two best friends afraid of losing their friendship upon entering high school, decide to make their friendship special by doing something with each other they have never done with another girl: kiss. So from the first episode they are already together as a couple. However, as it happens with first loves, the two have almost accidentally fallen into their relationship and so have no idea what they are doing. Yet, despite this, they both clearly love each other and are dedicated to making it work.

Thus, the conflict of Sakura Trick is simply the tale of them trying to figure out what exactly a relationship is. It is not dark or overly dramatic and there are no bad guys. It's just the lighthearted tale of two people in love. 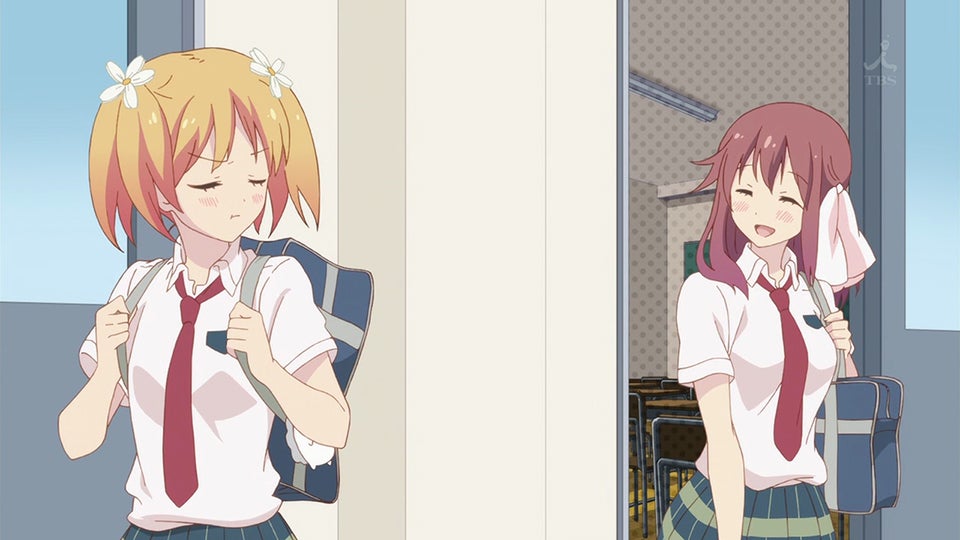 Both main girls are very human characters and work to overcome their flaws. Haruka is obsessive and overly attached to Yu, often over-reacting to some perceived rejection on Yu's part. Haruka's arc in the story is mainly her learning to deal with her feelings of insecurity and overcoming them — though she only has middling success.

Yu's arc, on the other hand, is her accepting that she loves Haruka as much as Haruka loves her and realising she can become just as jealous when she feels the relationship threatened. Her big stopping block is that she is unable to vocalize or instigate a romantic encounter with Haruka — as to do so would be admitting that she enjoys it as much as Haruka. Though, like any good character development, she overcomes her issues little by little as the anime progresses.

Being Gay is OK 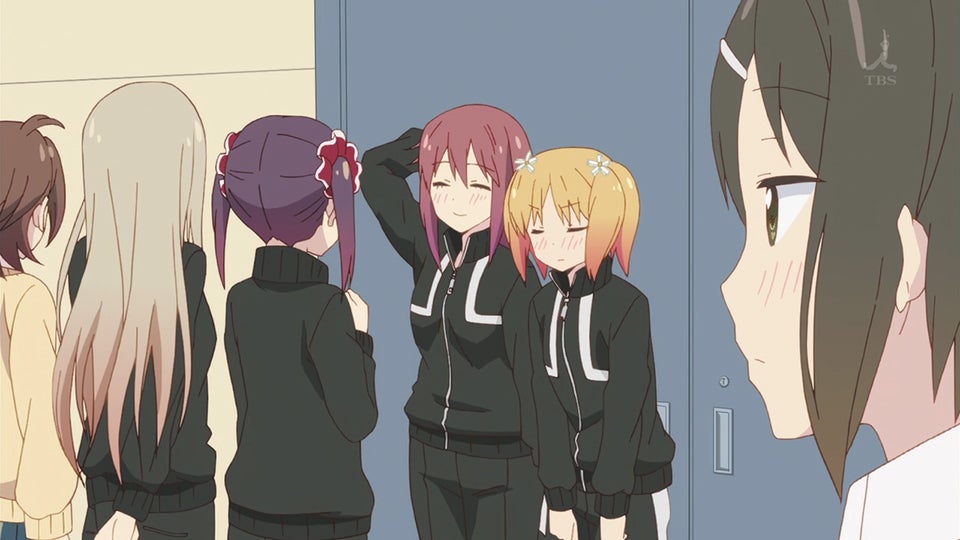 Japan isn't exactly the most accepting culture when it comes to homosexuals. Often, the idea of being gay is treated as a joke — in both real life and fiction. Male homosexual fiction, commonly known as "Yaoi," comes from a rather pejorative acronym: "yama nashi, ochi nashi, imi nashi" — or in English, "no climax, no resolution, no meaning." In fact, Japanese homosexual fantasies usually end in one of two ways: a tragic romantic finale where the two are forever separated, or a pseudo-exile where the two are forced to leave their homes and society to find somewhere more accepting.

Sakura Trick bucks this trend by showing a progressive world where Haruka and Yu's peers are quite accepting of their relationship. And even the characters that respond with the kneejerk "but you are both girls!" reaction come to terms with it rather quickly. However, the very fact that the girls feel that they have to keep their relationship a secret shows that while it seems to be changing, the cultural bias is still there. 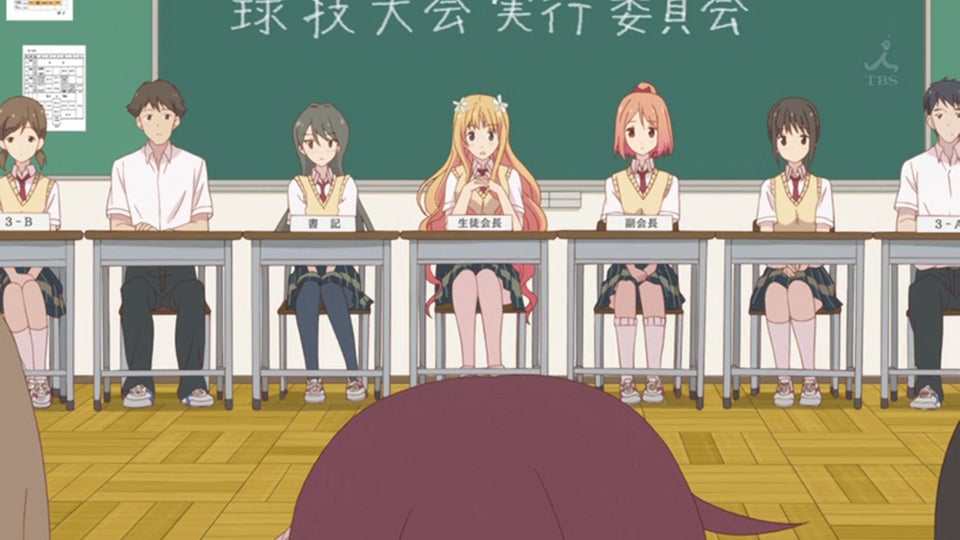 Like the fall season's Non Non Biyori, Sakura Trick is set against the backdrop of one of Japan's biggest real world problems: the declining birth rate. Many of the anime's conflicts stem from this problem.

Without enough students coming through the doors, Yu and Haruka's class will be the last the school has before closing. And with the impending closure, the school district feels no need to give proper funding to the school. Thus the girls are forced to fight for a normal high school life with all the memorable events that entails. 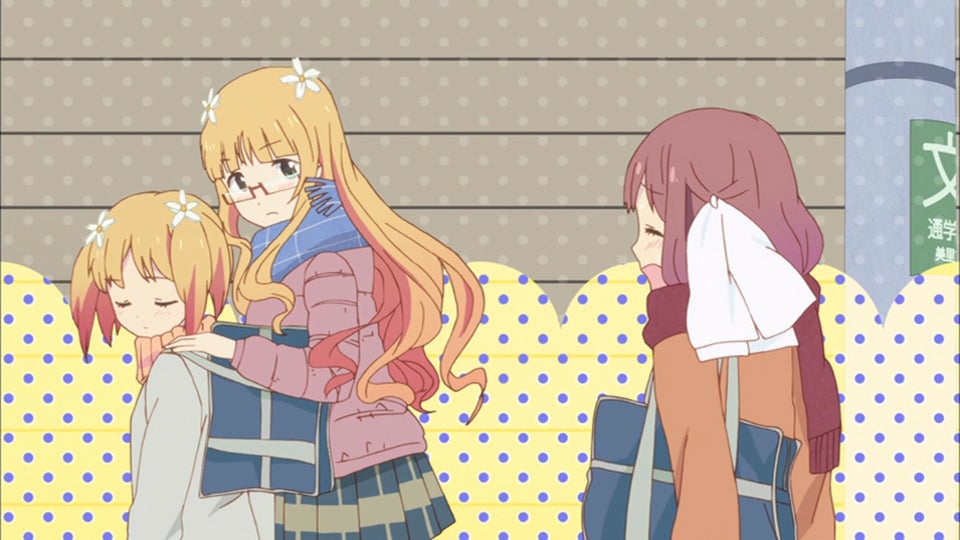 Each episode of Sakura Trick is split into two separate stories. Yet, while the show is episodic, there is still an overriding continuity — the consequences of one episode are still present in the subsequent episodes. This allows for a lot of fun standalone stories. But what's great about Sakura Trick is how the episodes tend to connect thematically, building on each other across the anime. Thus, unlike many slice-of-life shows, Sakura Trick always feels like it's part of a greater narrative instead of a meandering series of events. 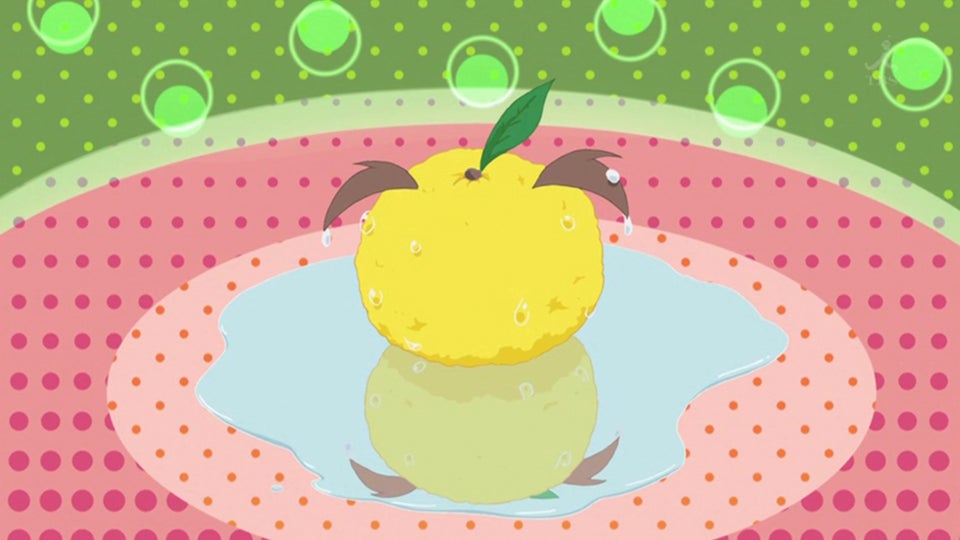 Thus, instead of showing a transitional scene showing the two walking across the classroom to meet each other, we'd instead see a quick animation of a sakura petal speeding towards a daisy. While undoubtedly a time/budget saving technique, these scenes are cute and often humorous — and much more fun than a simple scene of one person walking up to another. 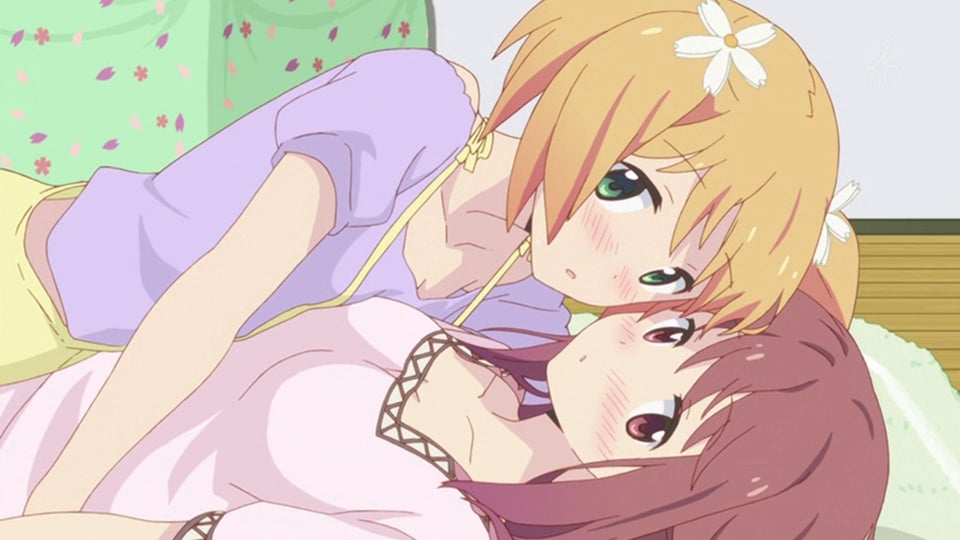 In the end, Sakura Trick is a breath of fresh air for anyone who enjoys romance or rom-com anime. While not overly deep or profound, it presents a lighthearted look at two people in love and revels in building their relationship. Really, I have nothing negative to say about Sakura Trick. It is one of the few shows I've seen that succeeded in what it was trying to do in every way. It was a pleasure to watch.

Sakura Trick aired on TBS in Japan. It can be seen for free with English subtitles on Crunchyroll.