World Of Warcraft Player Reaches Level 100 Without Choosing A Faction 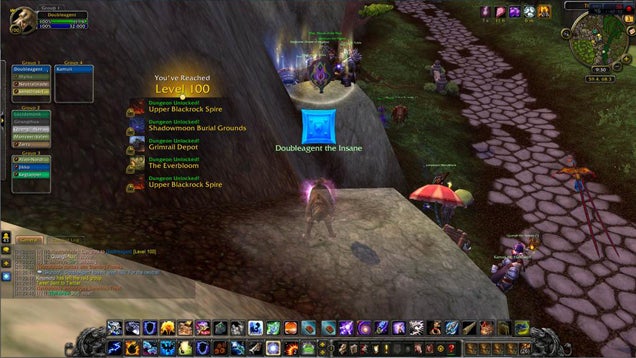 Neutral Agent and his fresh level 100 neutral Pandaren is the only max level character in the world right now who's not part of the Alliance or the Horde.

He did the same in Mists of Pandaria, when the level cap was 90, by rolling a neutral Pandaren and instead of leaving their low-level starting area, Wandering Isle, and picking a faction, he stayed there and did the only two things that still yielded experience: pet battles and picking herbs.

Picking herbs and mining grant minimal xp, but the process is self-explanatory. Doing pet battles is a bit tricky though. You have to do the quests on another character, log out without turning in the quest, and then log back in with the neutral character with the incomplete quest sitting in your quest log.

According to his tweets, this was indeed a long journey. He continued levelling from 90 back in November, when Warlords of Draenor came out, dinged 99 two weeks ago, 98 almost a month ago, and so on. 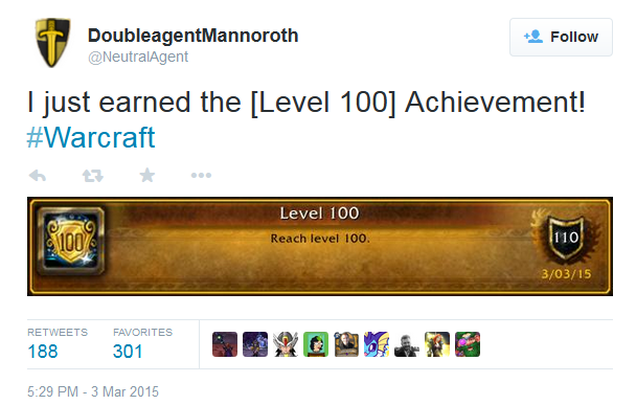 And what does this all mean? His Pandaren Doubleagent is basically the only level 100 character who can't run endgame content.