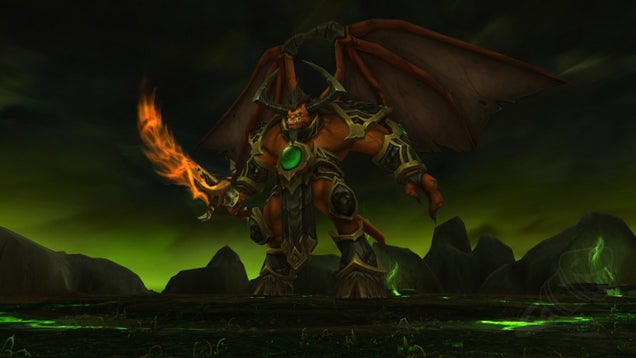 One brave Death Knight vs the 40 million hit points of Supreme Lord Kazzak, a powerful raid boss designed for a 40-man group, sitting on top of Tanaan Jungle.

Raegwyn, a player who's been focusing on soloing powerful WoW NPC's for a while now, was able to beat Kazzak after more than 20 tries and not because it was a challenging encounter, but since it's a world boss, random people would join and do damage as well. The loot Kazzak drops is pretty cool right now so you can't blame them.

This Boss is very challenging. The Challenging Part is that people tend to come and attack it in the last few % which leads to me having to start all over again. (had to make more than 20 trys just because of that reason God Dammit)

Jokes aside, I tried this Boss on PTR already and everything went so damn smooth that i thought its killable right away. But i didn´t think it would be possible to solo down 40 million health without random people joining until like weeks after release. Patience proofed me wrong :)

As you can see it´s a simple Tank and Spank Fight which doesnt require much aside from using CDs whenever you dont have the Mark and some Death Strike Timing when you have it.

Here's the 15-minute-long fight compressed in a 4-minute video: