Monstress Is A Gorgeous Comic Book About Racism, War And Slavery 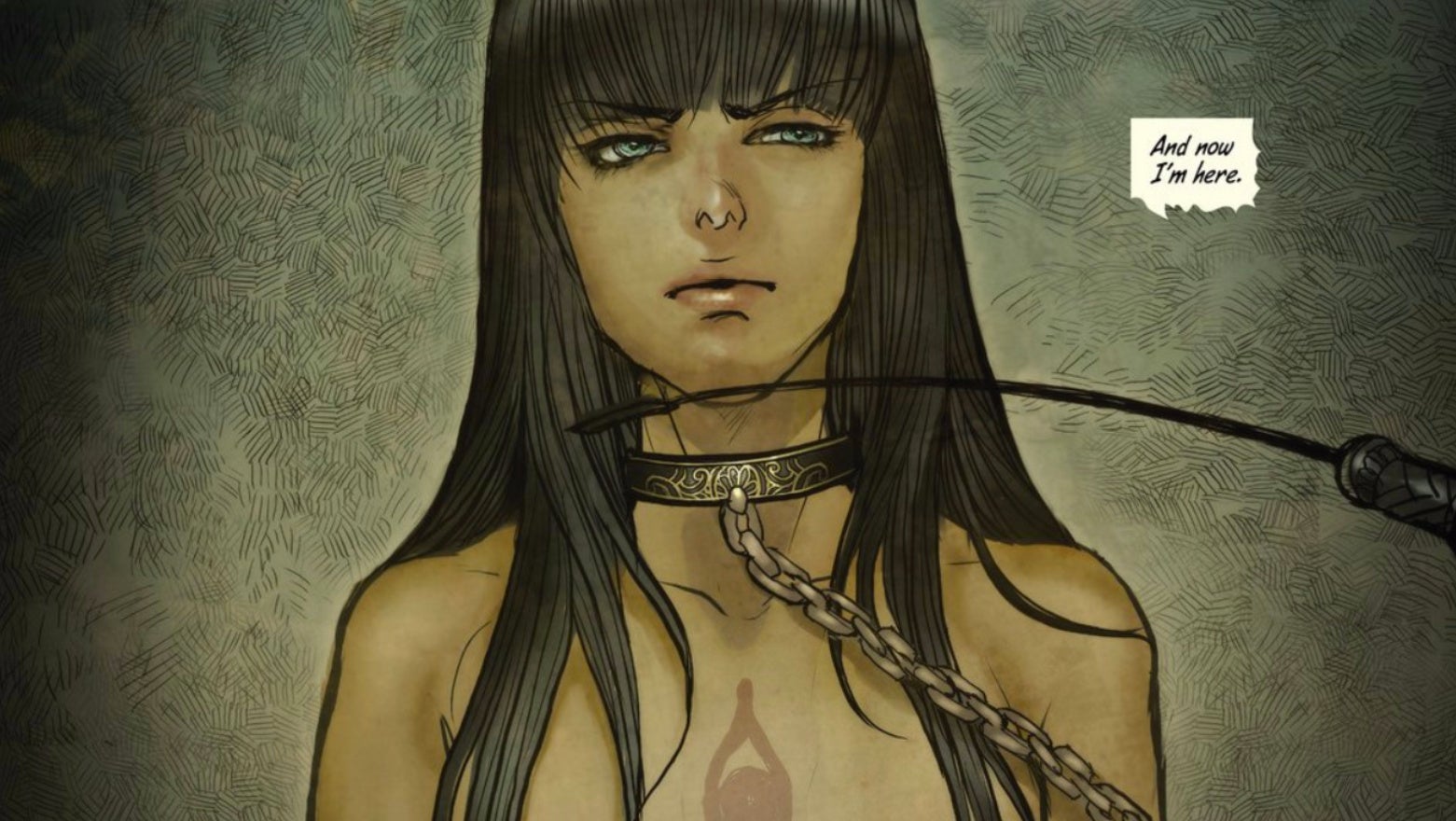 Everybody has a little bit of caged, writhing terribleness inside of them, frightening for what it can reveal about oneself. Monstress makes that metaphor literal and shows the struggle of one young woman trying to make her demons serve her angels.

This article contains mild nudity and other scenes that some readers might find disturbing. Please proceed with caution.

Written by Marjorie Liu — who worked on Marvel's Astonishing X-Men and X-23 titles — with art by Sana Takeda, Monstress is a lushly illustrated fantasy series that presents an incredibly bleak society. How bleak? The book opens with its main character being sold in a slave auction, after being bid on by powerful criminals who clearly want her for depraved reasons. 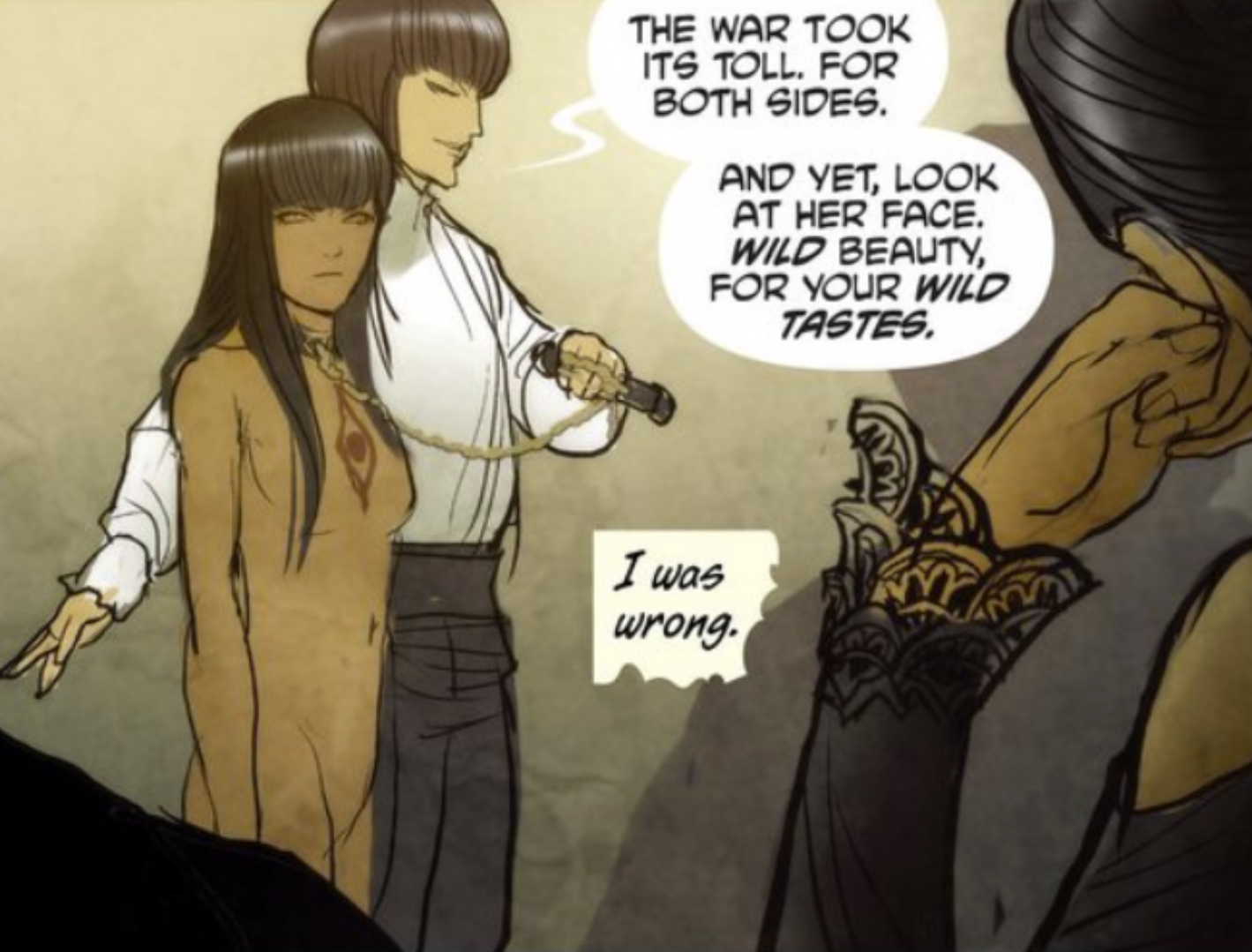 Maika is an Arcanic, a magical race of creatures with a range of appearances, some of whom can pass for human. Over the course of the first issue, readers learn about little bits of Maika's past, which includes suicide attempts and other periods where she was enslaved. She's gone back into the worst kind of servitude to find out about the life of her dead mother, with the hope of getting revenge on the people she thinks are responsible.

Monstress feels a bit like what Bayonetta might be like if it were created as a dead-serious exploration of warfare and social dynamics between necromantic societies. There's an order of warrior nun sorceresses called the Cumea that rule the land where Maika finds herself. 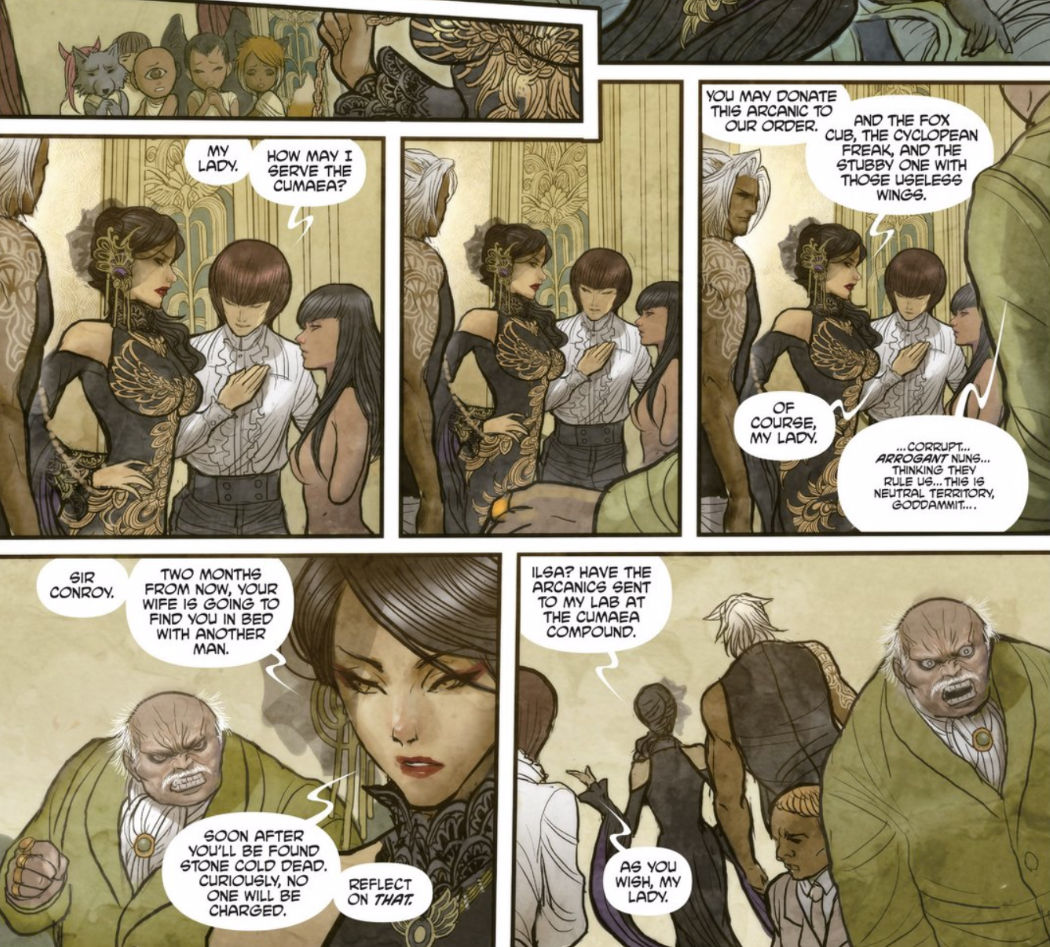 There are Arcanic who work as servants for the Cumea and less fortunate others whose bodies and spirits fuel the dark magic that allows the witches to stay in power. It's an analogue for the awful symbiosis that happened everywhere that colonisation and long-term occupation has happened in the real world.

Takeda fills every page with an amazing level of detail. Intricate architectural details make it feel like you're moving through another reality's Gilded Age or Beaux Arts high period and you can almost feel the brocade and embroidery on characters' clothes. The fact that Monstress is so sumptuously rendered makes its implied horrors feel even more despicable. 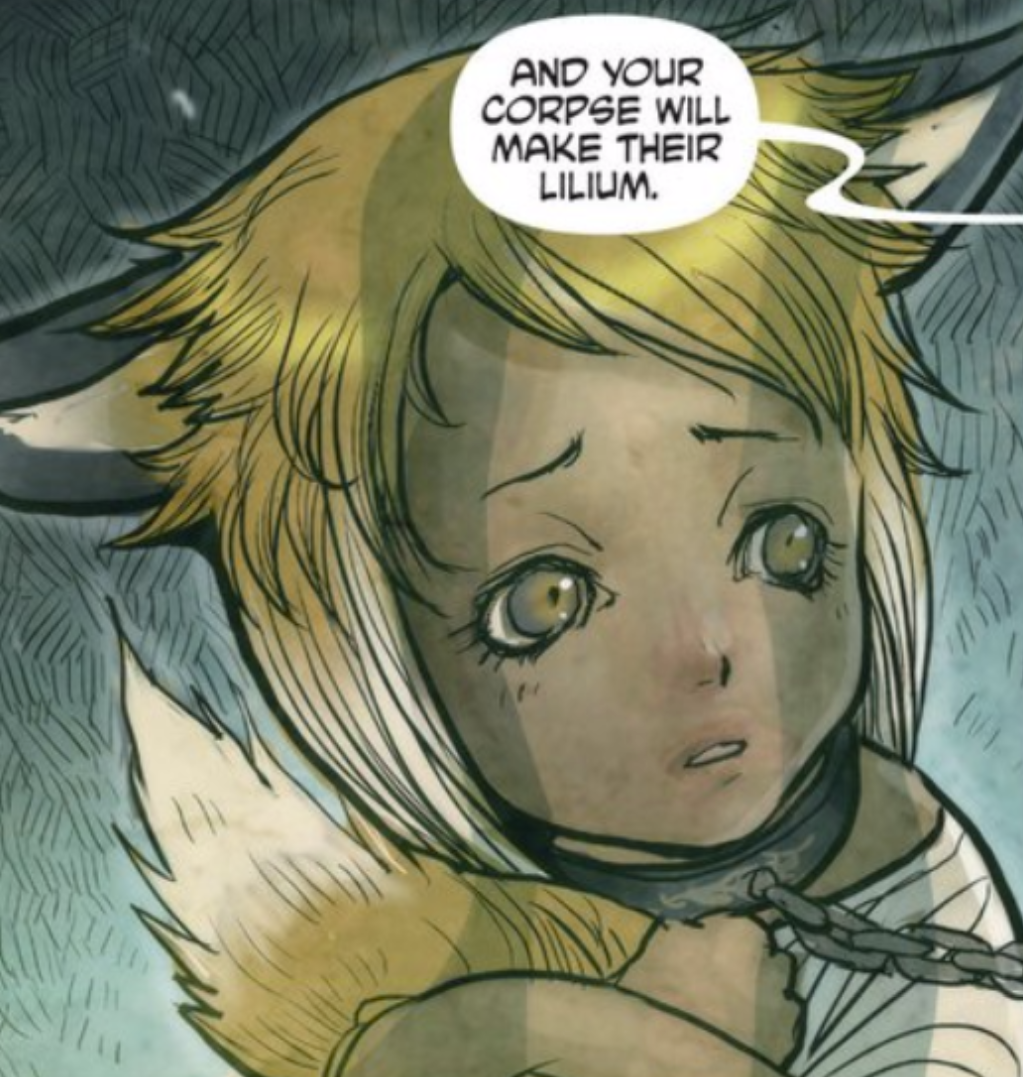 Watching adorable chibi-styled Arcanics — who look like they might be cousins to Final Fantasy's Moogles or characters from other races — get led by the length of a chain is a jarring contrast to how these kinds of characters appear in other contexts. 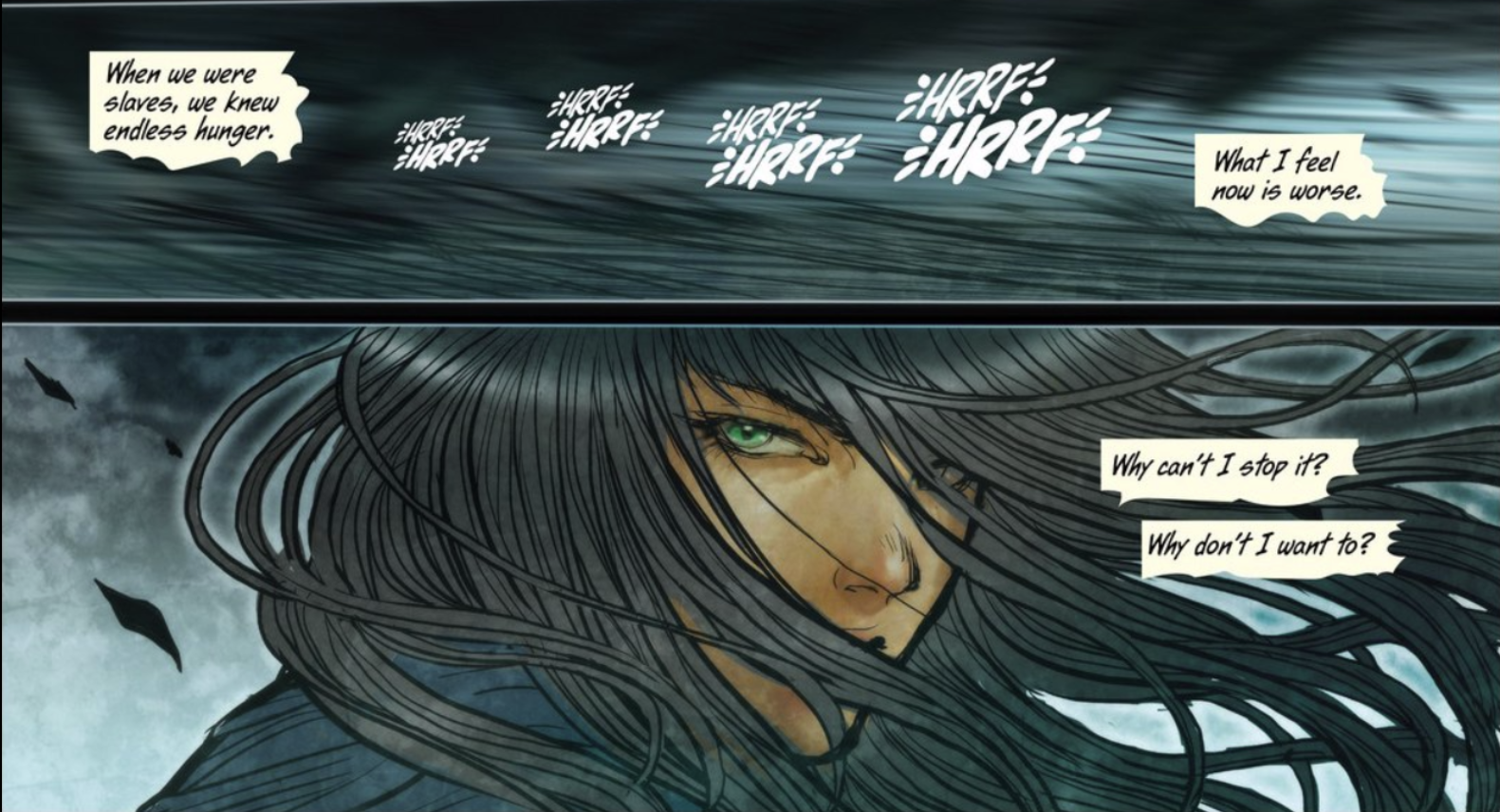 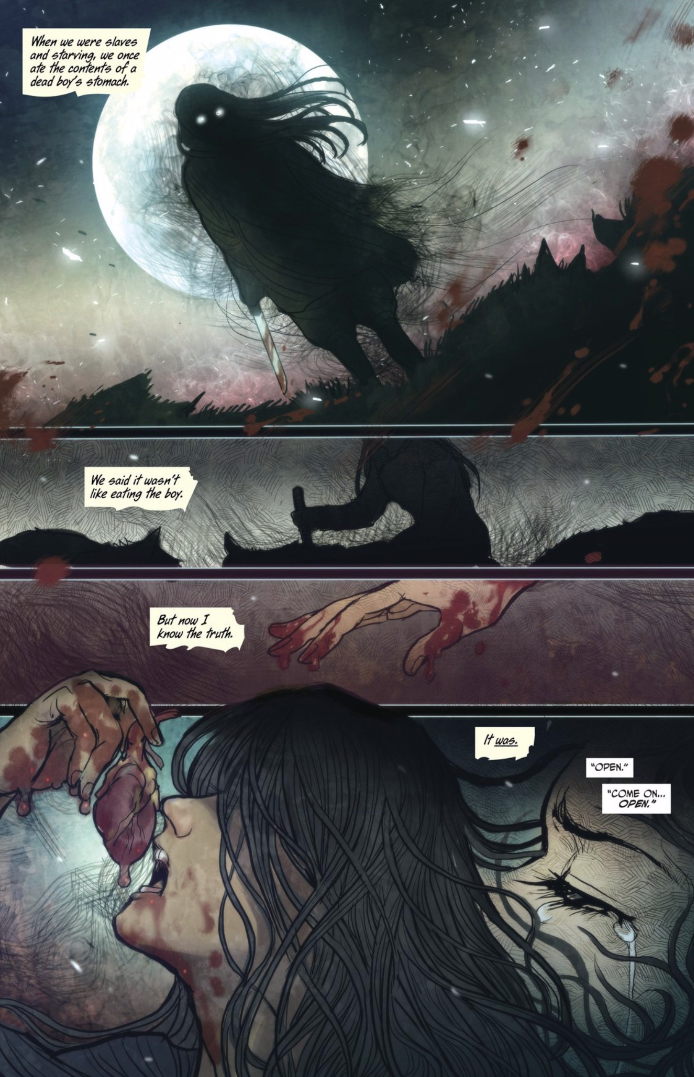 This extra-large issue is one of the strongest debuts of the year. Monstress looks like it's going to be a series with a subtext of how racism, socio-economic inequity and other institutional systems can make everyone — even those who benefit — a little less human.