It Took Time To Get Over Paragon Not Being A Shooter

Paragon looks like a shooter. The characters, the map, the weapons, all designed by a company known for its shooters. But it's not a shooter, and getting over that fact was my biggest hurdle in beginning to enjoy Epic Games' latest. Somewhere between traditional MOBAs like League of Legends and the latest craze, character-based objective shooters like Paladins and Overwatch, lies Paragon. The game's goal, structure and layout are total MOBA. Two teams battle in three lanes to take out enemy towers and make it to their core? That's so MOBA. 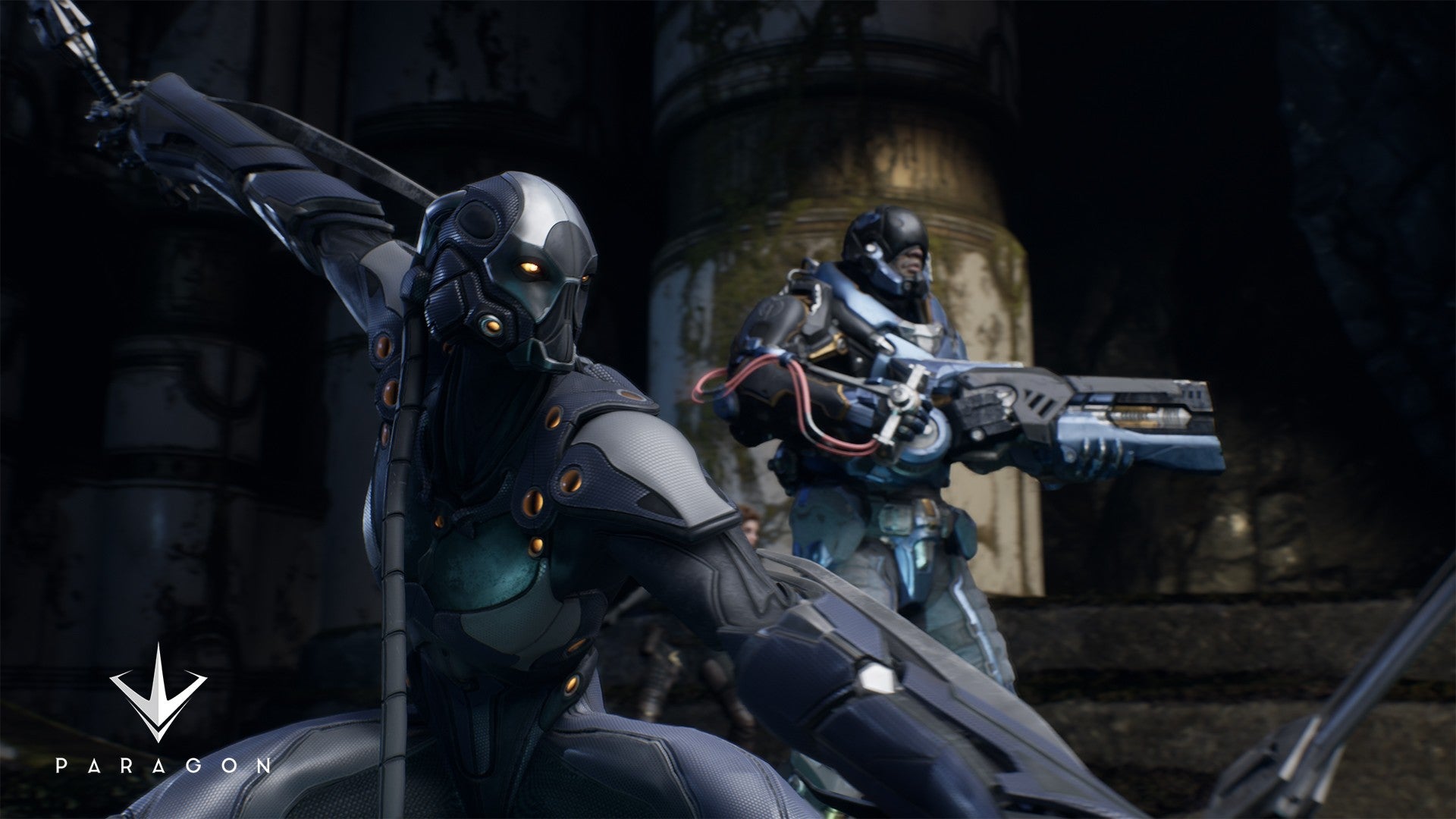 But this screenshot? That's not a MOBA screenshot. That looks like an exciting, action-packed shooter set in a future where everyone looks incredibly cool and wanders an open-world looking for trouble.

My first few forays into Paragon battles were like eating a bacon-flavored doughnut. I like bacon. I like doughnuts. But biting into something expecting one and getting the other is unsettling. 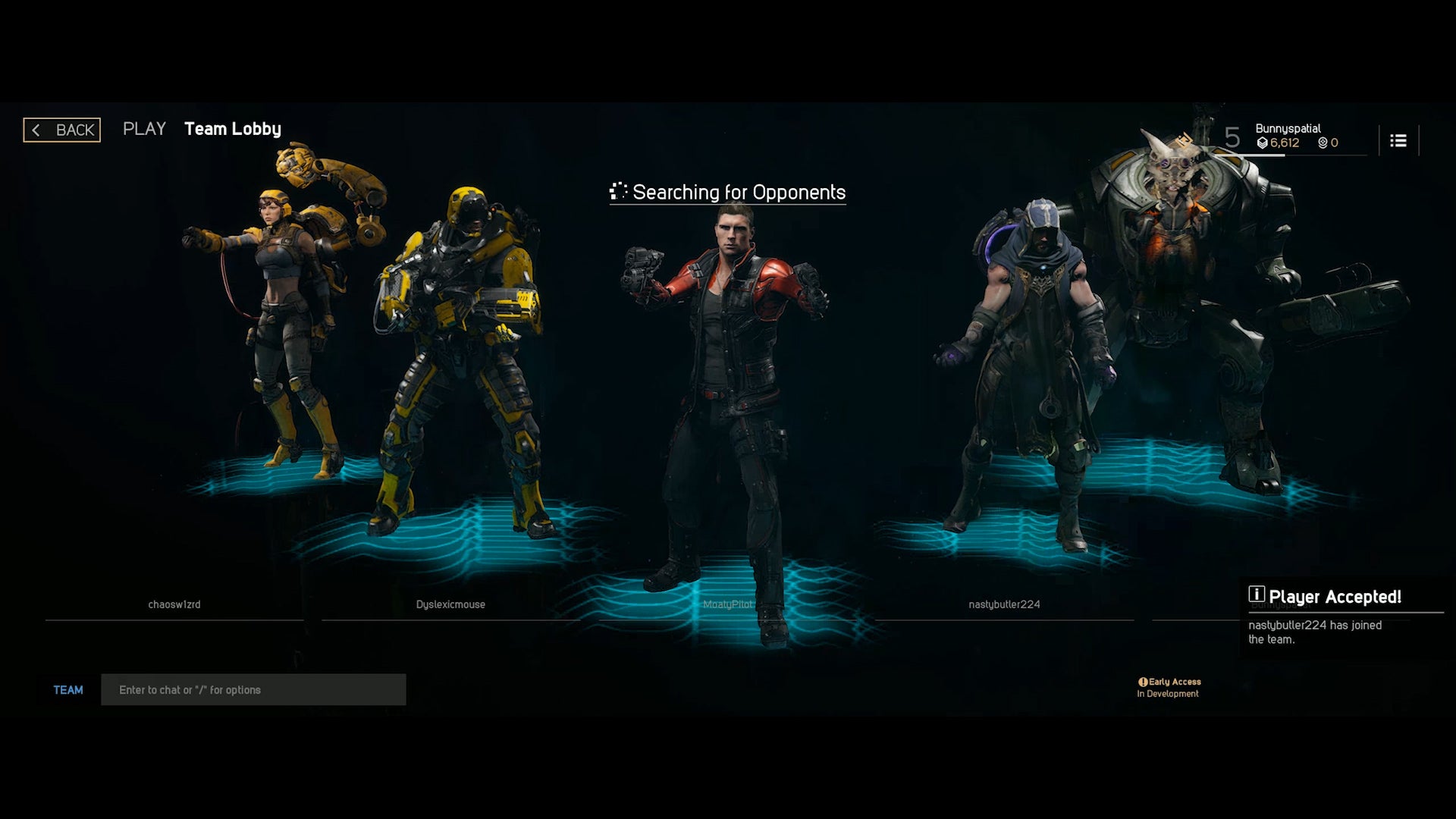 Pardon the black bars, I was playing super-widescreen.

I was shooting things, but they were not dying in droves as they might have in a Gears of War or Unreal Tournament. They kept coming, their health bars slowly dropping as my rabbit-piloting-a-mech kept firing what should have been highly-destructive rockets. 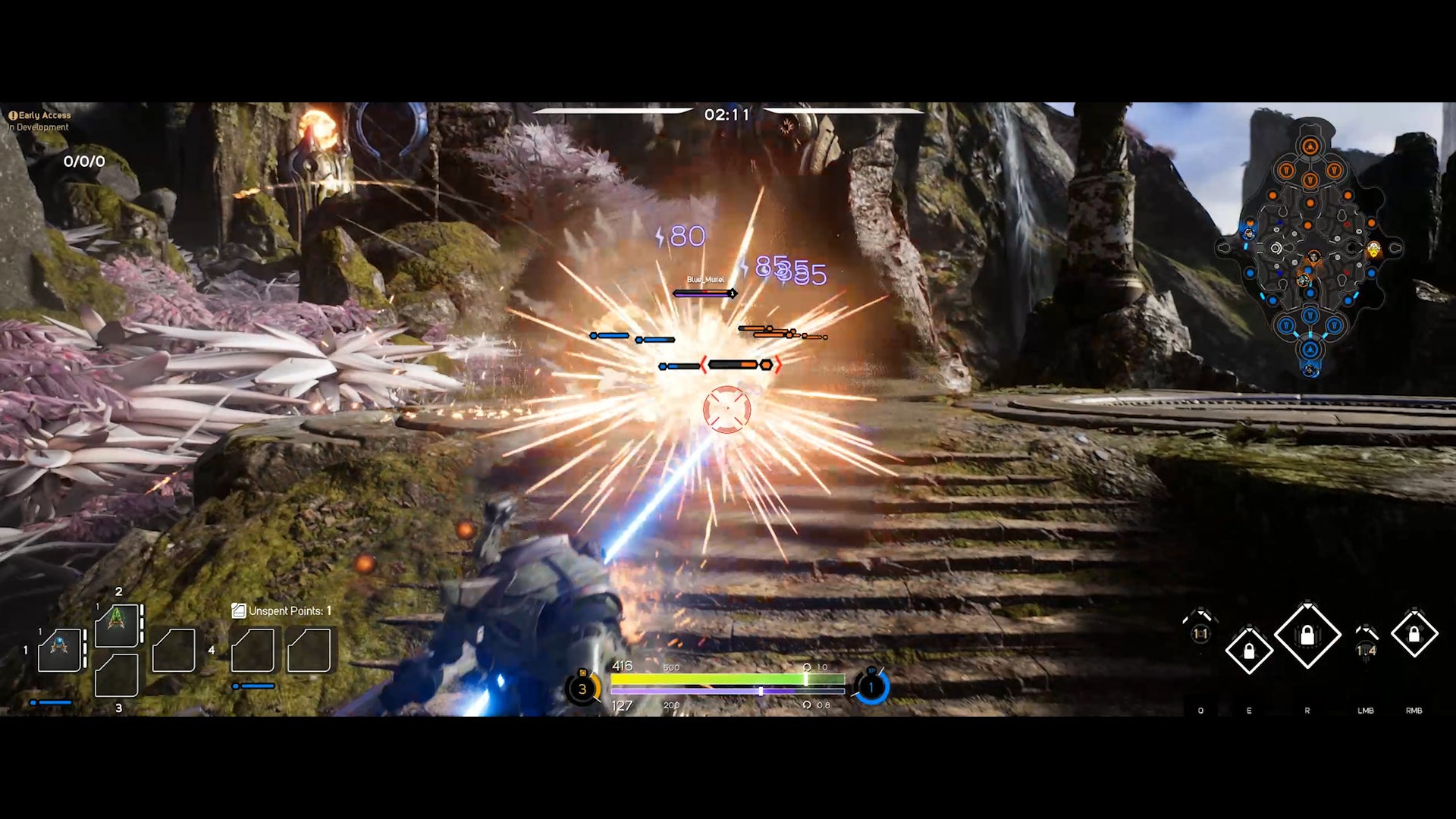 Those early steps were in the closed beta. Now we're in early access beta, and it was time to give it another go. Knowing what I was getting into this time, being told the doughnut tastes like bacon, I had a much more enjoyable experience.

See for yourself in the video at the top of the post. Mind the black bars produced by scaling an ultrawide recording down to 1920 x 1080.

It's only a human against AI match, as I want to get used to working with others before I start working against them, but I'm definitely getting the hang of things.

Now that I'm past the not-a-shooter phase, I can better appreciate what Paragon has to offer. The third-person perspective feels good, especially coming from a game like Hi-Rez Studios' Smite that offers a similar view. The action is slower than a shooter, but the feeling I get when charging around a corner and unloading my skills on unsuspecting enemies is just as exhilarating.

Paragon still needs a lot of work. The jungle enemies between lanes are all marked as placeholder content. More maps and gameplay modes would be nice. Some balancing needs to be done, and I've had a few buggy moments, like the game continuing to give me audio notices after the enemy's core has been destroyed (see video.)

But it's got a lot of good things going for it. Sharp visuals, impressive special skills and a card-based item system I'm really starting to dig. Best of all, instead of getting into a match and racing for the character you want to play, you select your Bunny Mech first, then head into matchmaking.

I'm really starting to enjoy Paragon, and all it took was getting past those first few bites of bacon doughnut. 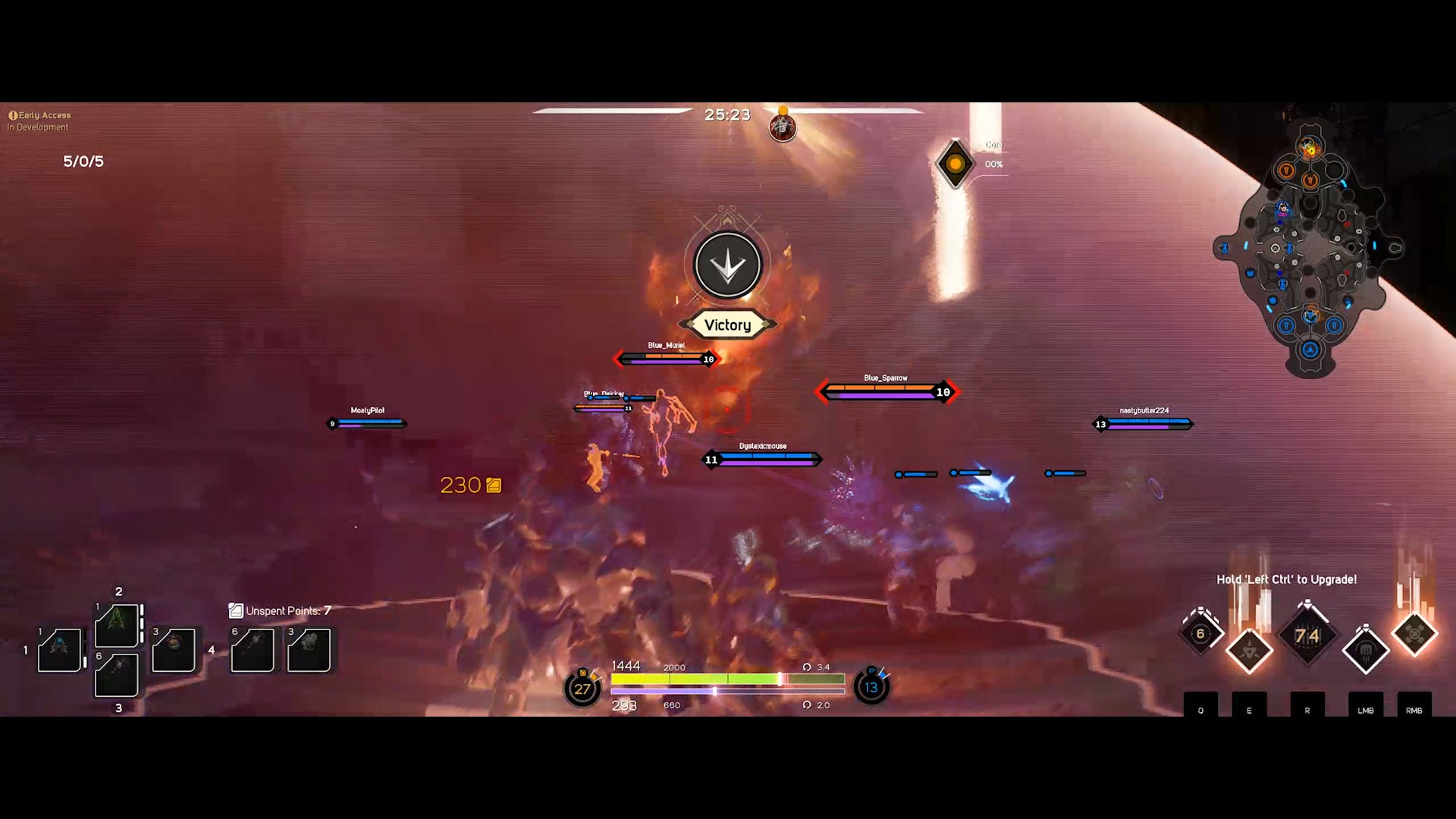