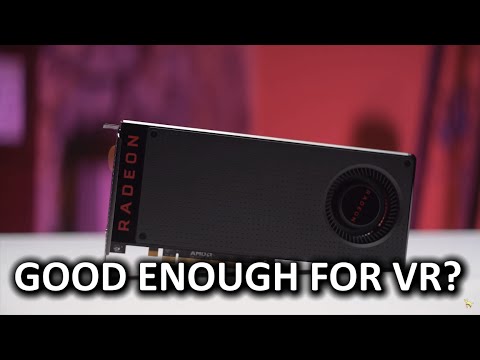 If you want to get on the VR hype train, you’re going to need to build a pretty powerful PC. However, gauging just how well a graphics card can handle VR is a lot more complex than you’d think.

As this video from Linus Tech Tips explains, VR presents a unique problem for benchmarking graphics cards. To create a virtual reality experience that doesn’t make people nauseous, VR games always enable vertical sync — which means a whole frame has to load before the screen refreshes — and most headsets are capped at 90 hertz.

VR games also often use variable graphics settings throughout gameplay in order to maintain that 90 hertz framerate. Some parts of the game may be rendered in Ultra settings, but sometimes it may drop down to medium. The smoothness of the video often matters more than the fidelity of the graphics themselves. At least if you want to avoid motion sickness.

Unfortunately, there isn’t a good way to benchmark video cards under these circumstances quite yet. Many companies are working on methods but for now, you’ll have to keep an eye on which model of graphics cards are performing well in real-world rigs to tell which one to buy. Don’t just buy a card because it can run the latest games on Ultra.