Final Fantasy 15's Trailers Gave Away Way Too Much 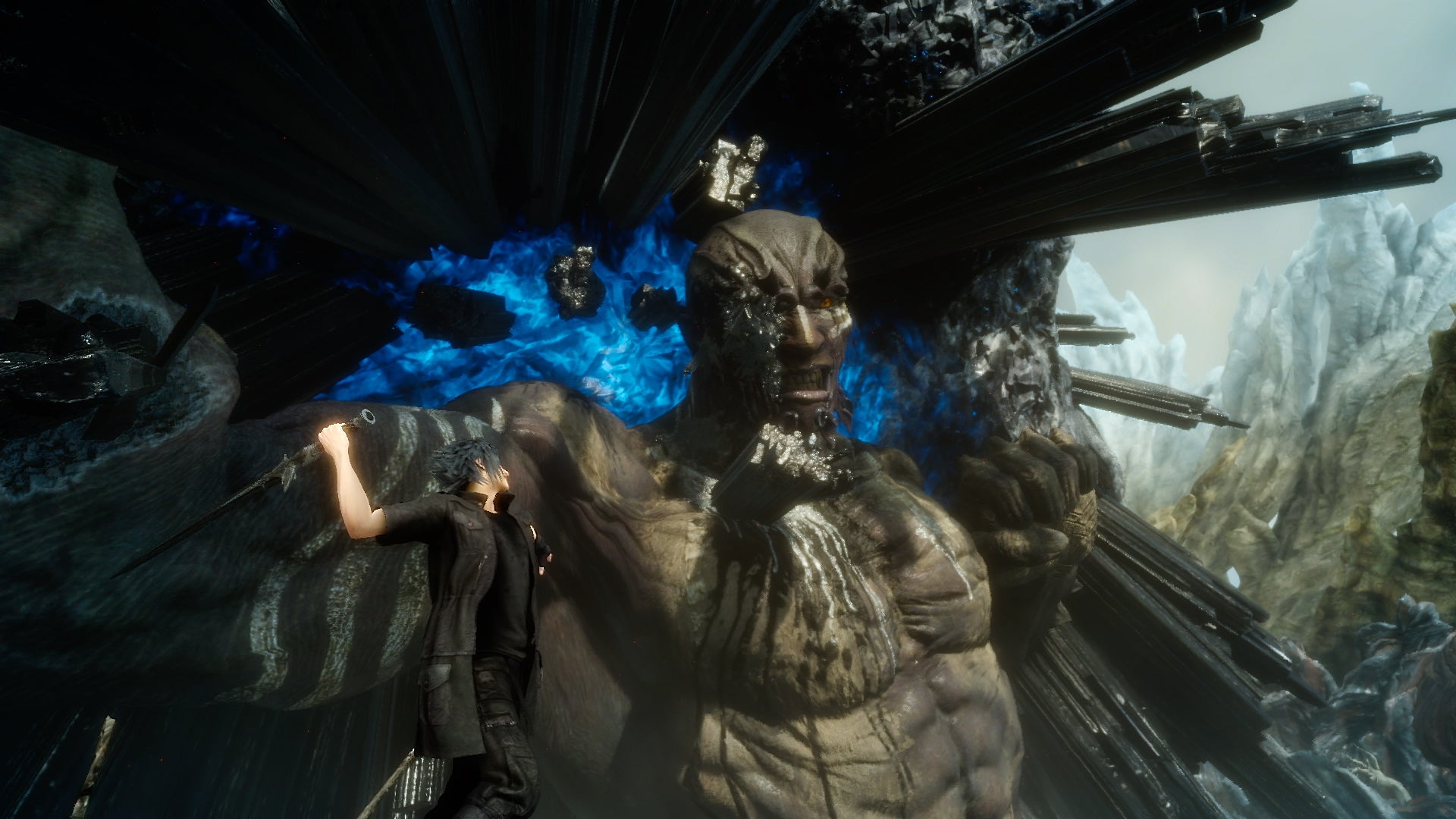 At E3 earlier this year, I asked Final Fantasy 15 director Hajime Tabata if he was worried that Square Enix had showed too much of the game. There had been two different demos and tons of footage, I pointed out, which was leading fans to worry that there were few surprises left.

Here's what he said:

Schreier: It feels like you guys have been talking about the game a lot and showing a lot of footage, and you guys do the Active Time Reports. It's really good to see that kind of transparency, but there's also a worry that there are no more surprises left. Is that something you guys are concerned about? Are there still going to be surprises for people when they play the game?
Tabata: The big prerequisite for that is that, regardless of whether we've got surprises left in store, it's that game experience that's the important thing. Because what we've released has just been points throughout the game, you don't get the feeling, and you don't get the same idea of what it actually feels like to play the game, the open-world experience and the emotional resonance of that. That's something that people can't get unless they play the game. Having said that, we are very much working with all the marketing guys to keep back stuff so that we don't give people impressions like "I've seen it all."
On the other hand, as you said yourself, because it's been ten years, there are so many people who have been waiting for this for a long time. They really want a lot of information about it. There are those people who are just 'Don't hold it back, just give me everything, let me know about the game.' And obviously we want to please those people as well. It's a very difficult balancing act between people with the way we send information, and obviously I'm doing a lot of experimenting and trying things out and struggling my way through. I think in the end we really have got that balance there, we've done the best way possible for that, give both groups what they want.

It was a difficult task, trying to keep people excited for Final Fantasy 15 without spoiling too much, and I don't envy the decisions that Tabata and his marketing team had to make. But in the end, Square Enix wound up showing a staggering amount of the game before anyone had gotten to play it.

Allow me to give you a brief and abridged timeline, starting with the reveal that Final Fantasy Versus XIII had transformed into Final Fantasy 15:

The Final Fantasy 15 reveal was the highlight of Sony's press conference in 2013, but as we found out later, this trailer was entirely CGI. It's hard to complain that they showed too much here, because very few of the scenes or dialogue from this trailer actually made it into the game — except for the Leviathan fight, which looked way cooler at E3 than it did in Final Fantasy 15. (And I wonder what happened to that Assassin's Creed dude?)

After E3 2013, Final Fantasy 15 disappeared for around a year before re-emerging at the Tokyo Game Show in September of 2014 alongside news that Hajime Tabata had taken over the game from previous director Tetsuya Nomura. This was a pretty good reveal, showing off the "road trip" concept along with the four main characters and some real gameplay.

All of the footage that Square Enix showed at TGS 2014 was constrained to the region we'd later know as Duscae — likely because that was the only thing they had finished — which was ultimately a good thing. And the promise of a demo in March alongside Final Fantasy Type-0 HD was a solid way to get people excited without ruining too much of the game.

Another trailer, at Jump Festa in December of 2014, showed a little more than we'd have wanted to see, including the Titan battle, the frozen train sequence, and a bunch of CGI scenes that didn't make it into the final version of Final Fantasy 15.

Final Fantasy 15's first demo was actually a pretty solid way to hook people on the game without showing too much, and as it turned out, Episode Duscae's version of Duscae paled in comparison to the real thing. Part of me wishes they had saved the Ramuh reveal for the final game, but it did make for a nice "holy shit" moment back in March of 2015. If only they had stopped there.

This trailer might have given away too much from a thematic point of view, but given that none of these scenes were actually in the game, in retrospect the Dawn trailer was just weird.

Yep, definitely wish they hadn't given this boss fight away. It was no shocker that a Final Fantasy game would have a Malboro in it, but seeing this trailer diminished the impact of running into that slimy thing.

I guess this was fine? But it would have been nice to see all of these lovely settings and vistas for the first time in Final Fantasy 15 rather than in a trailer for Final Fantasy 15.

Again, it wasn't exactly a surprise that Chocobos would be in Final Fantasy 15, but it would have been nice to see them for the first time in the game rather than in a trailer. It was around this time that I wrote an article titled "Final Fantasy 15 Needs To Chill With The Marketing Dripfeed." They didn't listen.

There was really no reason to show this off before release.

In March, Square Enix held a big blowout event to announce the release date of Final Fantasy 15. In retrospect the whole thing was hilarious — at one point, Tabata took the stage and announced through a slot-machine style spinning wheel that the game would be out on November 30, only to push the date forward two months to September 30. Then — surprise! — it was delayed to November 29.

It made sense that Square would want to impress people at that event, but their main trailer (above) showed off way too many scenes from the game. Way worse was the World of Wonder trailer, which gave us a detailed look at pretty much every location that Final Fantasy 15 had to offer.

This was the worst. In addition to showing the entire Titan battle and a variety of other scenes, Square Enix released a whole trailer for the flying Regalia Type-F, which would have been a nice postgame surprise. They also put out a full walkthrough of Altissia, the game's only substantial city.

Seeing Altissia for the first time in-game was still pretty cool, but if you saw that E3 trailer, you already knew what was coming. Imagine if that had been a surprise?

Did we really need to see all of this?

This was essentially all of Chapters 1-3, summed up on YouTube so you don't actually have to play the game? It was nice to get such a detailed look at how the final version of Final Fantasy 15 actually played — especially given that so many of the other trailers didn't represent the real thing — but did they really have to show all of this?

Wayyyy too much of the story in this one, too. If you watch all of these trailers in order, you can basically figure out the entire game.

This CGI trailer didn't actually show any scenes from the game, but it still felt way too spoilery. There's a fine line between foreshadowing and giving the whole story away.

This one was Japan only, but it straight-up showed the entire plot of Final Fantasy 15, including the ending. Fun times all around.

So yeah, way too much of the game. Some people might have successfully stayed blind and avoided all footage of Final Fantasy 15 until it actually came out, but those of us who wanted to keep up with the game were rewarded with way too much information about it. A request to Square Enix, as we all eagerly wait for Final Fantasy 16 to come around: Please don't do this again.