Castle Cats Isn't Much Of A Game, But The Cats Are Excellent 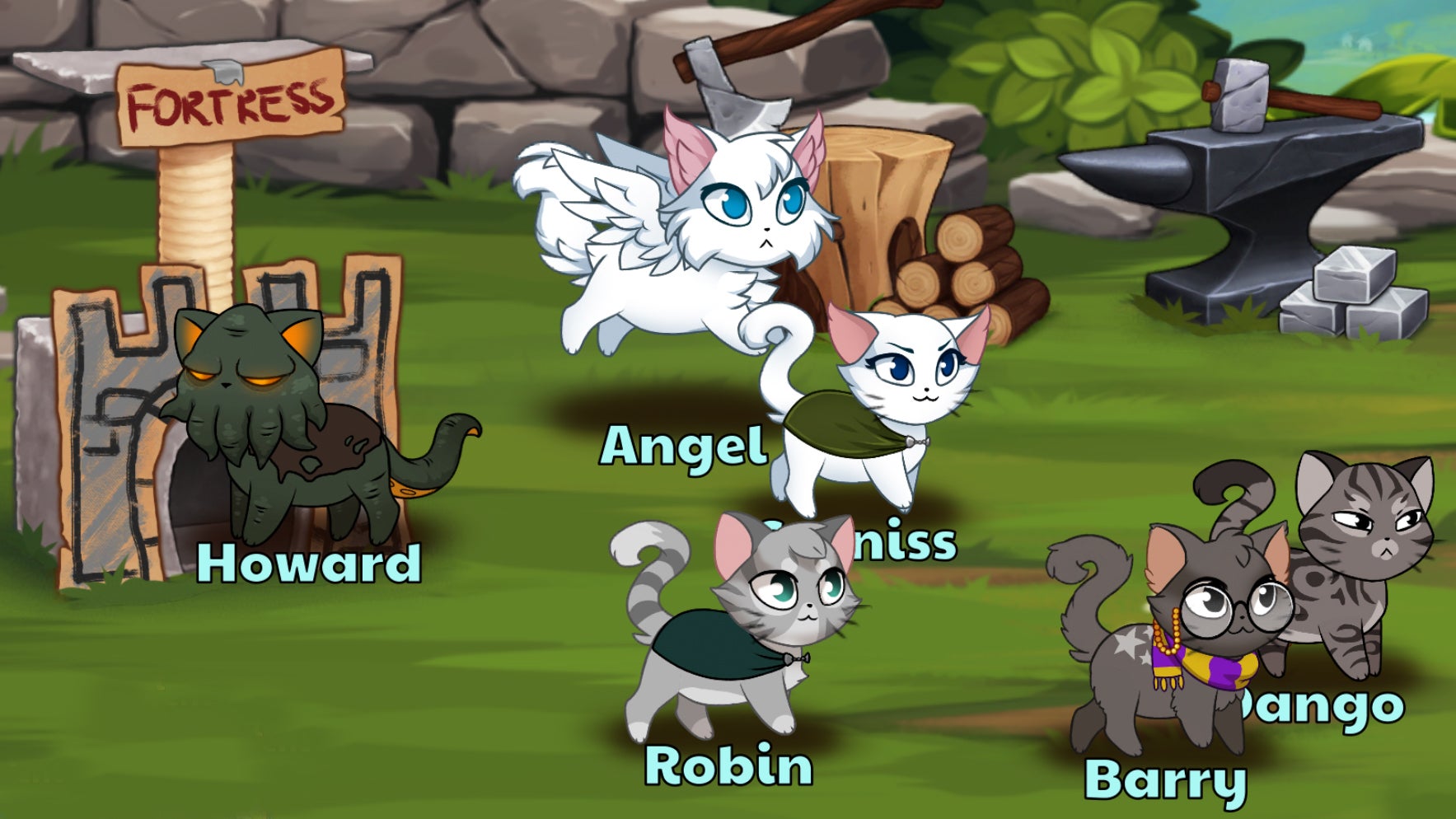 The key takeaway from Castle Cats, a new free-to-play mobile game for iOS and Android, is that you can collect adorable feline versions of Harry Potter, Django, Katniss Everdeen and Cthulhu. Also, they are fighting an evil Pugomancer. The rest is a bit fuzzy.

The game itself is pretty basic. Players form a party of cats and assign them to timer-based missions according to each animal's special skills. There's a mechanic that allows players to speed up battles by tapping on the screen, but once the limited tap energy tapers out, it's back to just waiting. 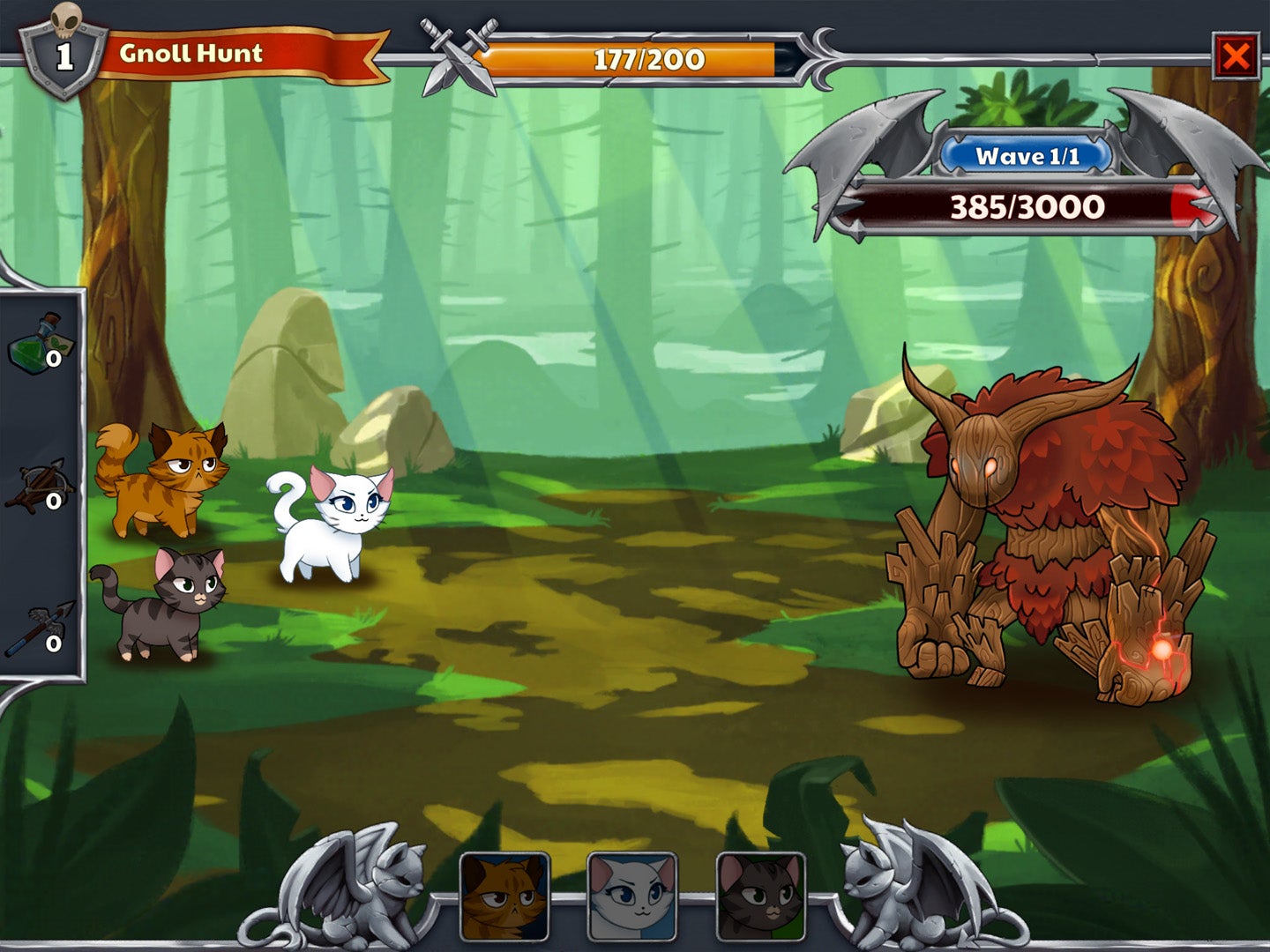 But while you're waiting, you get to play with some awesome cats, such as Barry here. 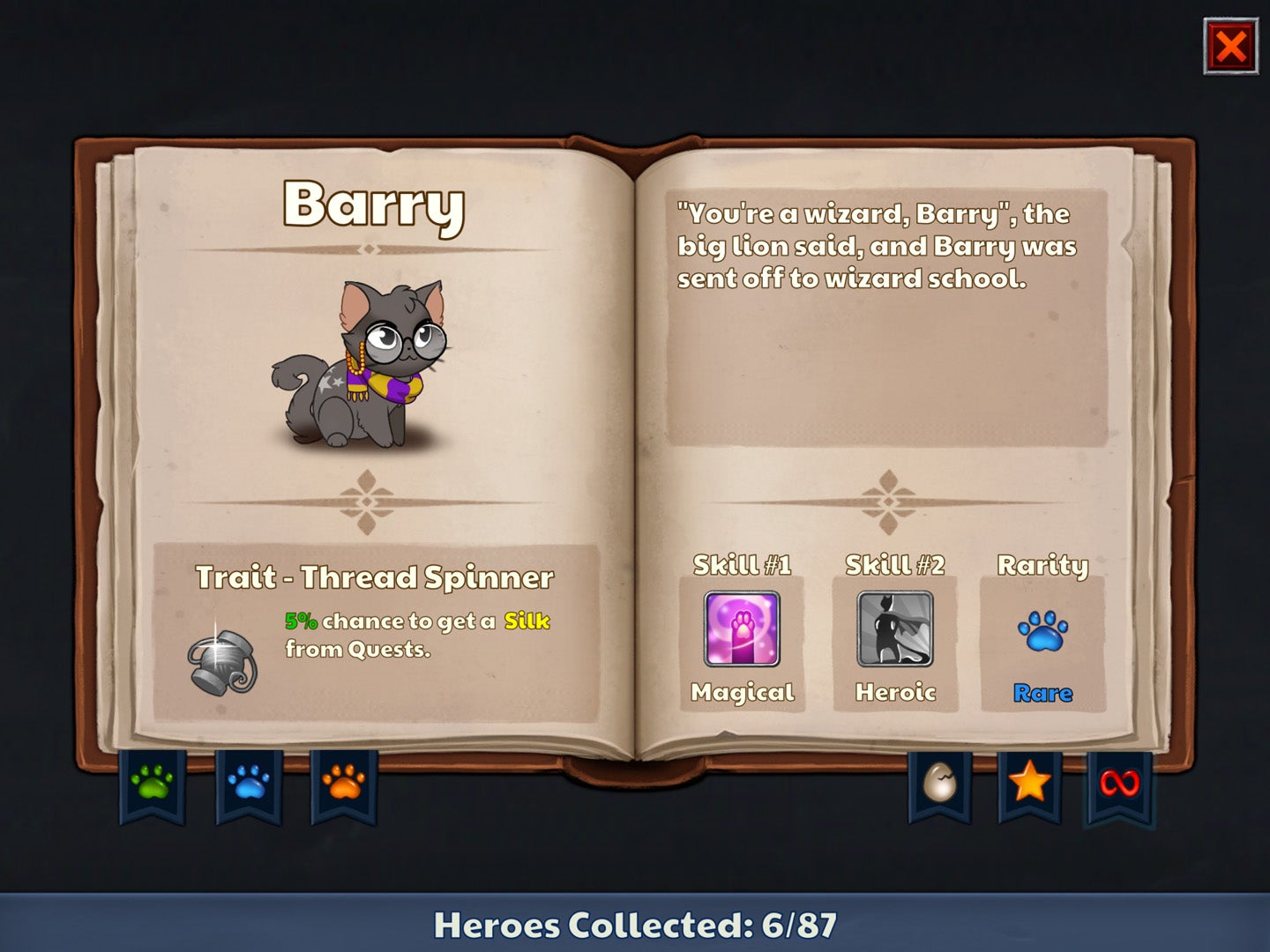 Collected cats, earned through in-app purchase or randomly found in treasures boxes, begin as basic, unassuming kittens. One of the first major characters I received was Howard, and I had no idea who he was supposed to be referencing until I used a gem to evolve him. 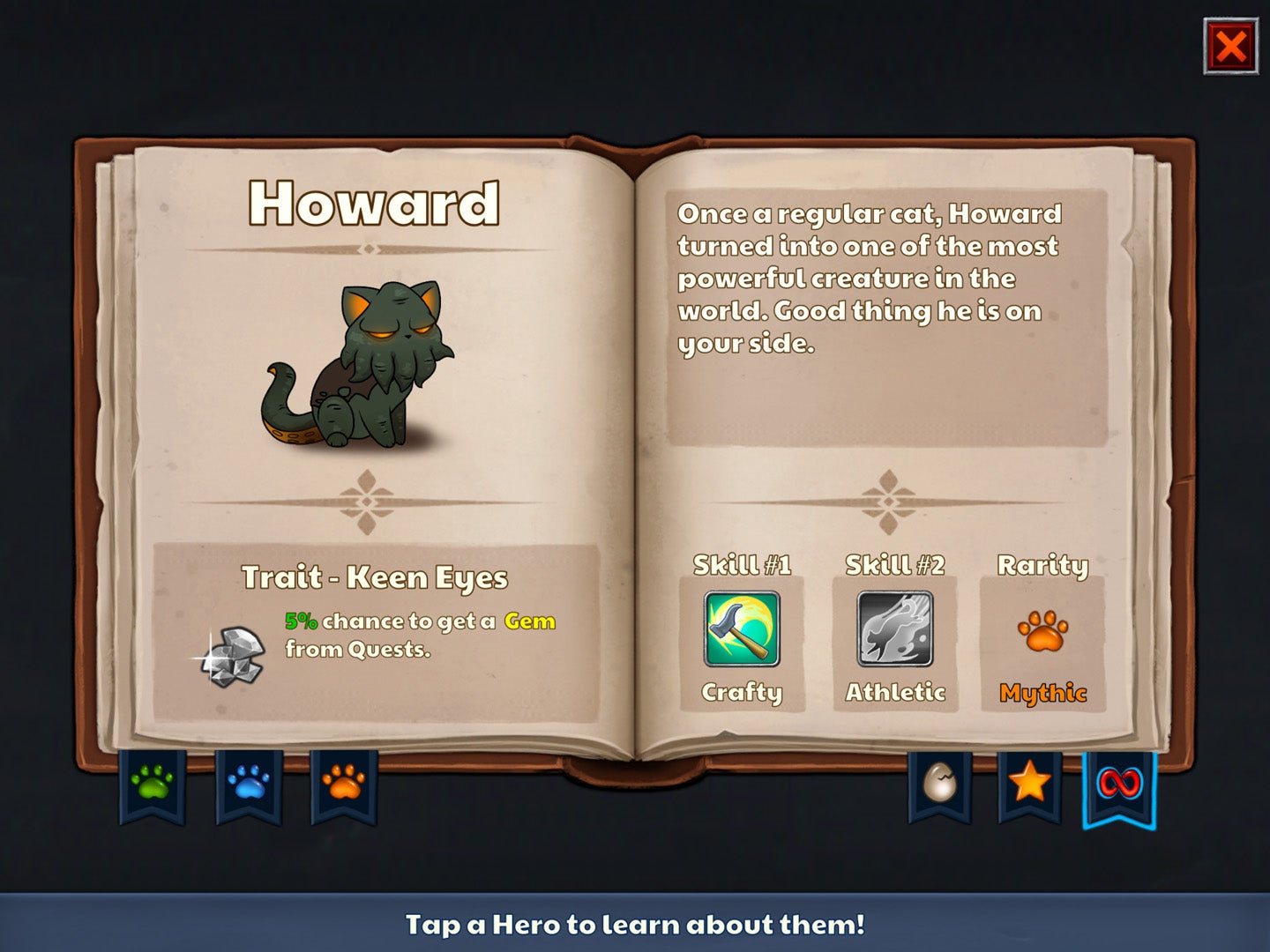 Howard P Lovecraft to his friends.

How cool is Cathulu here? So cool that I can't stop tweeting pictures of his tentacled little face.

That seems to be the main goal of playing Castle Cats. Not completing the story, or gathering resources to upgrade your fortress to be able to send more of your kitty crew on missions at the same time. No, it's posting pictures on Twitter, Facebook and Instagram, just like real cats. 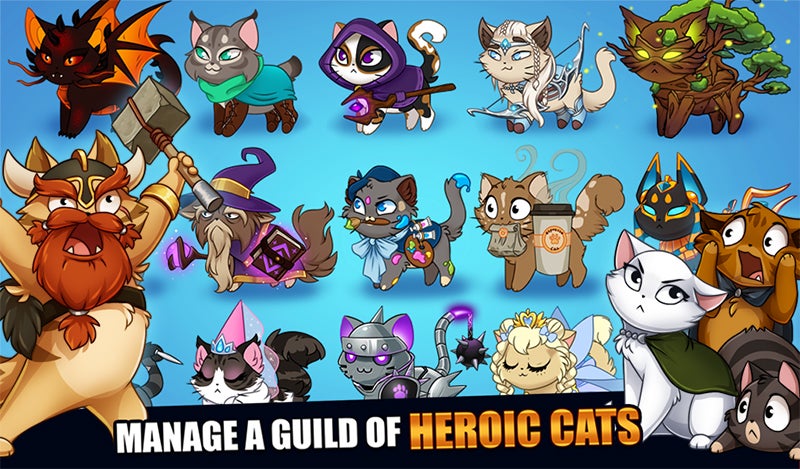 There is a narrative of sorts to follow. The first three cats the player recruits, Conan, Katniss and Francis, are on a quest to save the world from the vile Pugomancer. This plays out in cutscenes between those timed missions, and some familiar faces make an appearance along the way. 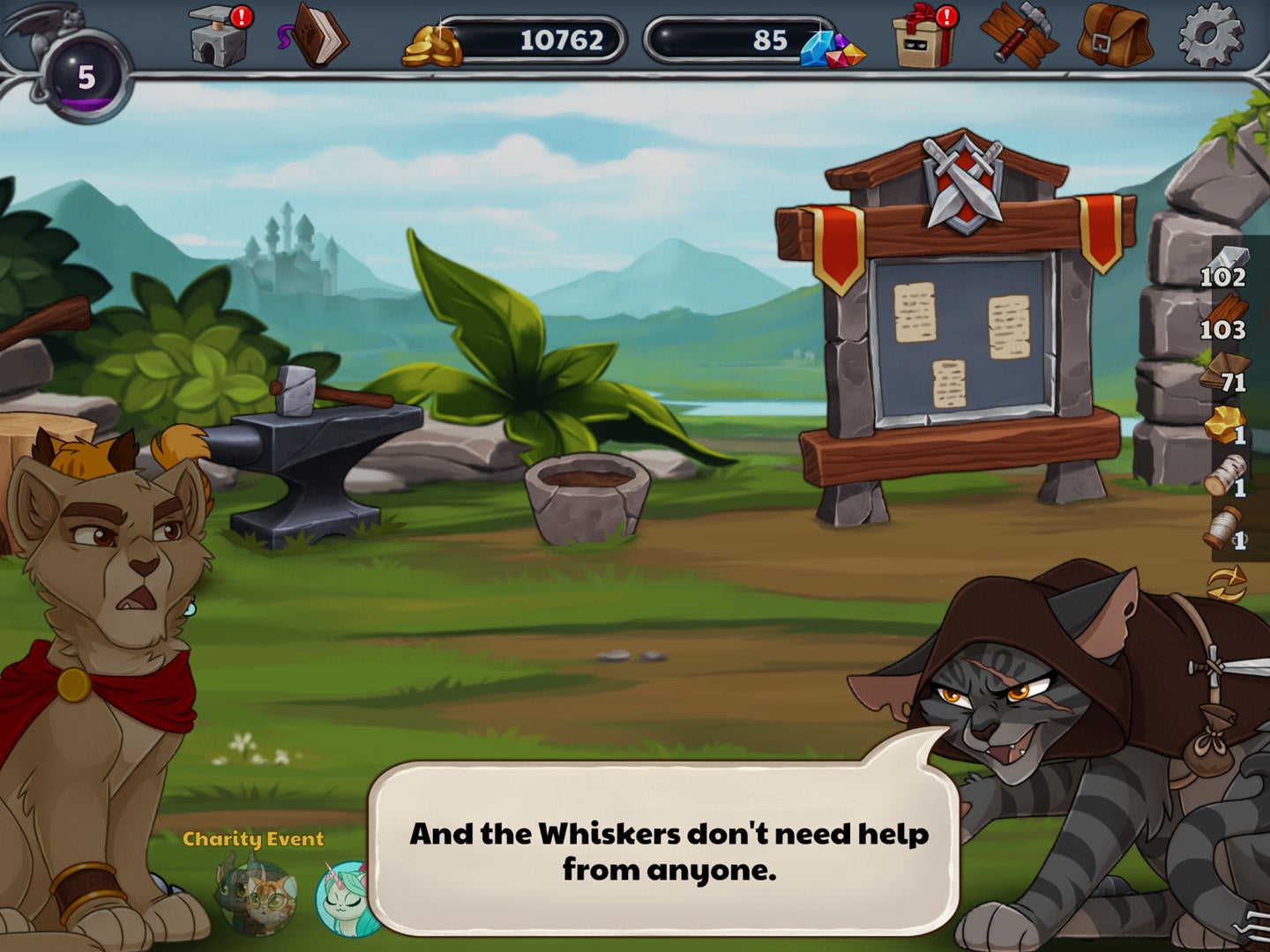 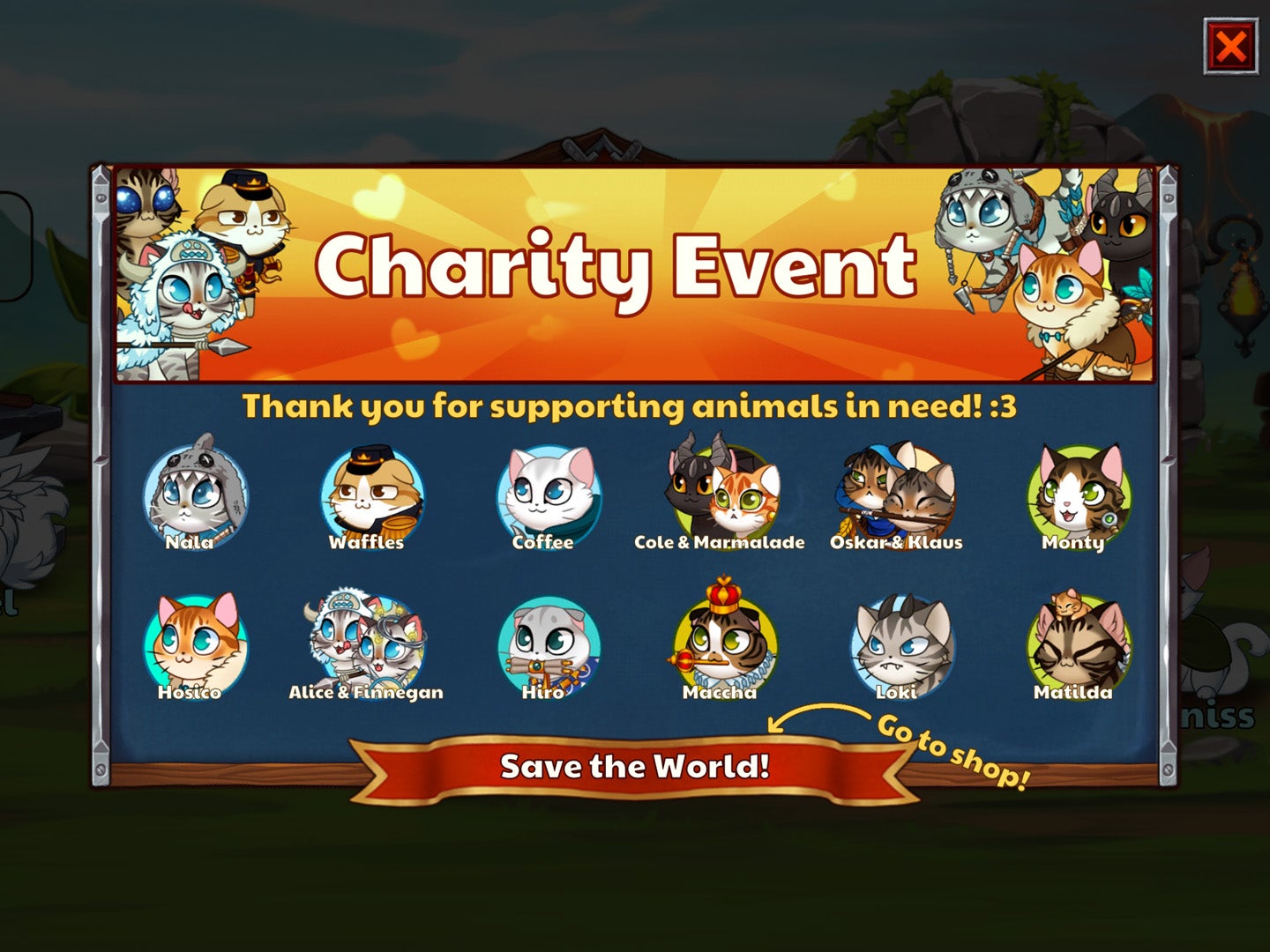 Castle Cats from Poc-App Studios is ridiculously cute, and it's now available as a free download on iOS and Android.