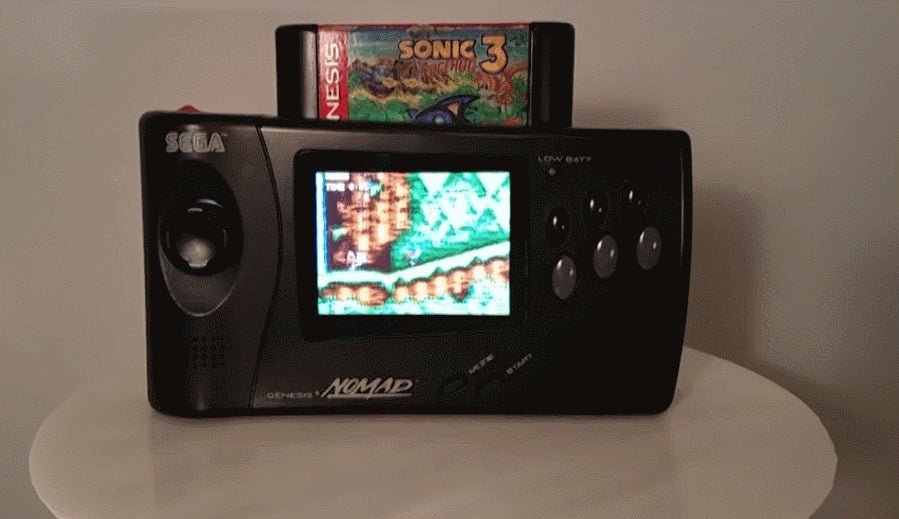 You might remember the Genesis Nomad as Sega's mammoth 1995 successor to the Game Gear. It was huge and heavy and ran on six AA batteries. Decades later one owner was fed up with subsidizing the Energizer Bunny and decided to add a rechargeable internal battery pack of their own.

As a DIY modder by the name of BillyBob explained over at his blog, upgrading the Nomad isn't super difficult as long as you're comfortable with some rewiring and lots of voltage checks.

While his approach is based on existing guides (people have been trying to do away with the handheld's onerous battery packs since they first existed) the blog post is more thorough about all of the details.

By installing a new internal battery and external power supply, BillyBob was able to get the Nomad working for just over three hours on a single charge. And best of all, it can be recharged using the original DC jack. Here's the supped up handheld in action.

Unlike Sega's previous portable system, or any of Nintendo's, the Nomad was unique for playing actual Sega Genesis cartridges. That's also why it had such a big power draw and only lasted a few hours on a single set of batteries. People still bought it and played it though, despite it basically costing as many quarters as an arcade cabinet to keep running.

As BillyBob's time test shows, the new battery runs slightly over the Nomad's original estimates and doesn't get too hot either (one of his biggest initial concerns). In part this was due to how much wasted space is inside the handheld. The Nomad is by no means an optimised design. For DIY hobbyists and retro collectors though, that's turned out to be a good thing since it's made the handheld that much more moddable.

You can read more about how to outfit your Nomad in the rare event that you have one over at BillyBob's blog.