In Star Wars, a new child usually means something big is about to happen. Luke and Leia brought the return of the Jedi and the fall of the Empire. Ben Solo almost restored the Jedi, before bringing back the dark side. So one moment at the end of the Star Wars Rebels finale definitely stood out above the rest.

In the epilogue, which you can watch above, we learn that Hera Syndulla fought with the Rebels through the battle of Endor and even had a son, Jacen Syndulla, whose father was the Jedi Kanan Jarrus.

A son with a Jedi father? What could possibly go wrong?

Obviously, this character could have major ramifications for the future of Star Wars – but if you talk to Rebels executive producer Dave Filoni, he may be the only one who isn’t thinking about it.

“I have not given a lot of thought to where that goes, to be honest,” Filoni told io9. “That doesn’t mean that we wouldn’t in the future. I’m already getting asked internally a lot about it from people here [at Lucasfilm]. Creatives here. So that’s good. I like that.”

But that doesn’t mean Filoni threw the character out there without thinking about it. When he had the idea, he kept it very quiet for as long as he could.

“[The idea of Jacen Syndulla] developed, really, through the fourth season as an idea I thought would be good and meaningful,” Filoni said. “I talked to [development executive] Kiri Hart about it and she was pretty much the one person I confided this idea in, until we went to design him obviously.”

And yes, the name was chosen very, very specifically. 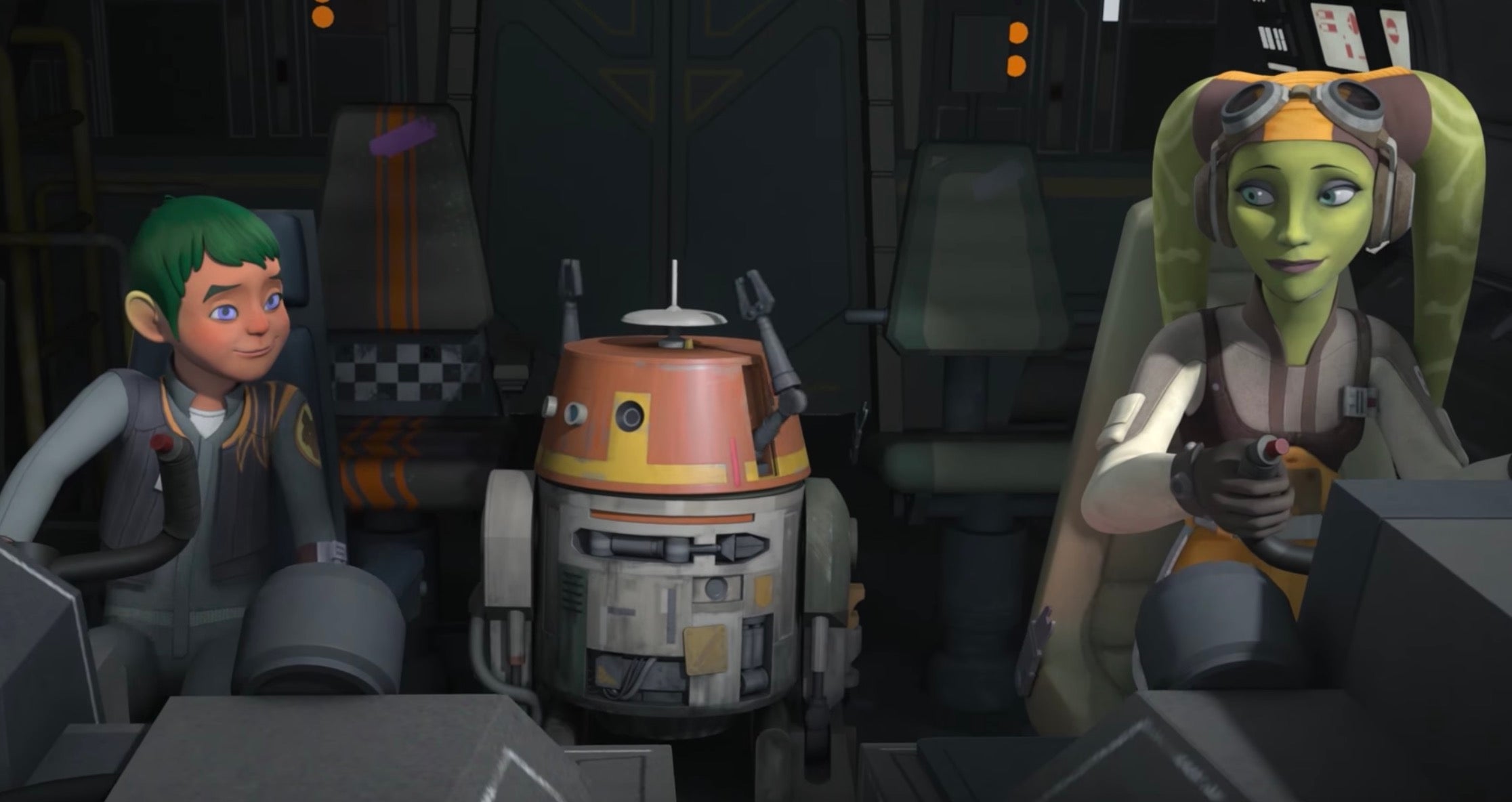 Jacen Syndulla may have a big future ahead of him, and we don’t mean that green on the end of his ears. Image: Disney XD

“It seemed, in a very small way, naming him ‘Jacen’ was a way to honour the expanded universe character of Jacen Solo who just really isn’t there anymore as the timelines have changed,” Filoni said. “I thought that’s a little bit of a wink to people that I know that was an important character. And maybe, in some way, that lives on through this character. I don’t know yet.”

Well, Jacen Solo was the son of Han Solo and Princess Leia; he became a Jedi and then turned to the dark side, becoming the powerful Sith Darth Caedus. Not the best role model for young Jacen Syndulla but, unlike Solo, his path has yet to be discovered.