After retiring from games criticism at the start of the month, YouTube personality John “Totalbiscuit” Bain has passed away.

Bain’s wife, Genna, posted about his passing on Twitter: 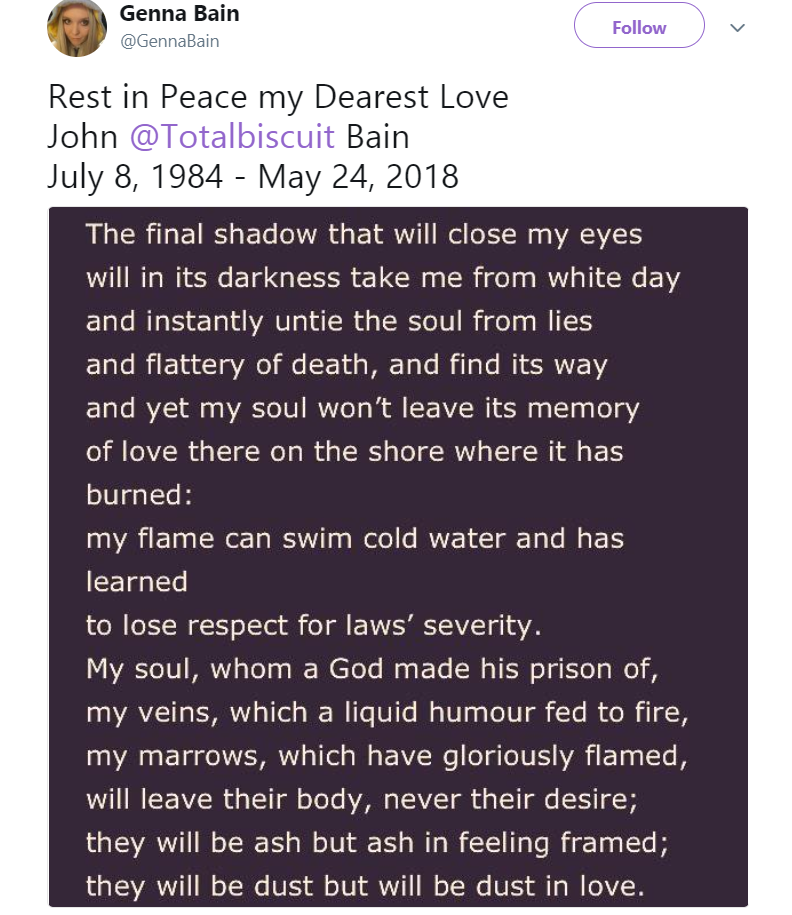 Bain, 33, was diagnosed with bowel cancer in 2014. It went into remission, only to return last year and spread to his liver and spine. Earlier this month, he announced his retirement from games criticism, saying that chemotherapy was no longer working and his liver was failing.

He said he planned to continue streaming and video-making, but in the form of co-op gameplay with his wife in hopes that she’d take over his channel when he was gone.

“I fully expect The Co-optional Podcast to go on and I love the thought that once I’m gone, the channels will go on in my absence, hosted by the person who knows me best and has been with me for the better part of my adult life,” he said.

“It’s been a privilege,” he added. “Thank you all for letting me into your life and do something so important as to have an impact on how you spend your hard-earned money.”