One year later, Madden 19 has a sequel to “Longshot” called “Longshot: Homecoming”. Although it still has some stirring moments, “Homecoming” eschews the story of two best friends to tell a messier, less engaging story about long-lost family members and financial drama back at the friends’ hometown.

“Homecoming” follows the two best friends from the first story, Colt Cruise (played by Porter) and Devin Wade (played by actor and former football pro JR Lemon). Their friendship grounded the first “Longshot”, which followed their ups and downs as they tried to pivot their high school and college football successes into NFL careers. “Homecoming” separates the two for most of the game, though most of it focuses on Colt.

When the story starts, we learn that Colt’s NFL dreams haven’t panned out, but Devin has had slightly more success. The Dallas Cowboys have Devin in training camp, although he can’t seem to impress his coach enough to get out on the field.

Meanwhile, the guys’ hometown of Mathis, Texas got hit hard by Hurricane Harvey, an impressively topical reference that shows the speed with which this script must have come together.

In training with the Cowboys, Devin is still the unfocused rookie we remember. He struggles to remember play calls and keeps taking impulsive suggestions from his fellow player and friend Tito, rather than following his coach’s directions.

Unlike "Longshot", none of this plays out in nail-biting dialogue trees and mini-games that allow the player to experience how difficult it actually is to remember play calls under pressure and make fast decisions on the field. Instead, "Homecoming" shows us all of this in cutscenes, barely letting the player interact.

You only need to pick up your controller again for the occasional football games, which are even more occasional in "Homecoming" than they were in "Longshot" and which vary in difficulty according to what the plot demands. If Devin (or Colt) needs to make a big play to satisfy the narrative, the game gives you infinite tries.

If the play doesn't impact the story, the game continues on its path whether you complete the pass or not. In the original "Longshot", Devin almost never had the opportunity to try again if he failed and that first story mode had a "bad" ending in which Devin doesn't get signed to an NFL team.

In "Homecoming", achieving a truly bad ending does not seem possible — or at least, I couldn't manage to get one. 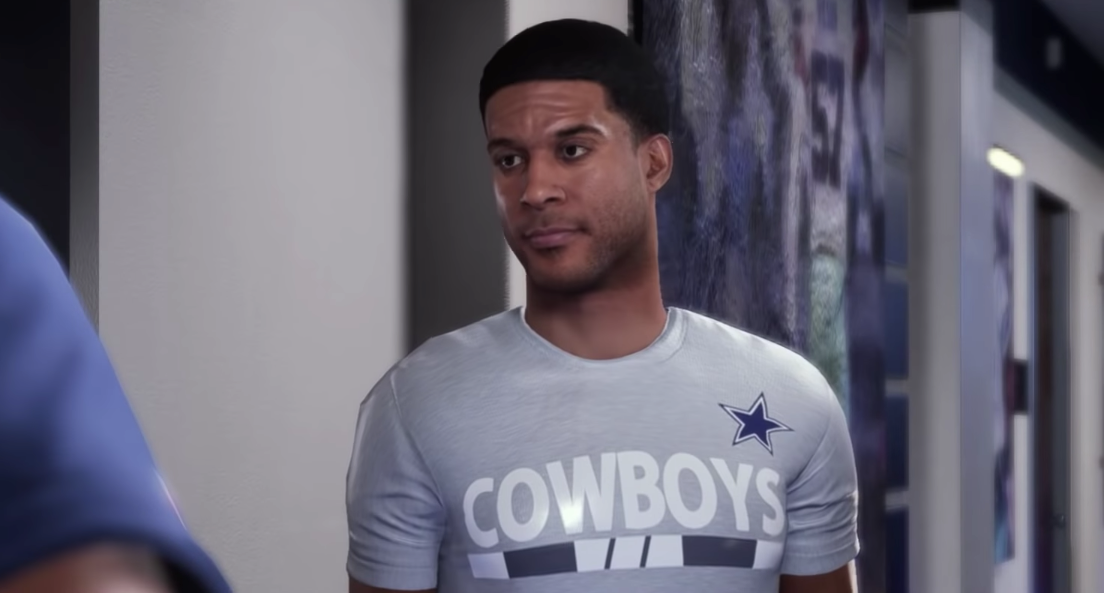 Devin's journey through trying to make it off the bench and onto the field of an NFL team fascinated me far more than Colt's story, thanks in part to the stronger secondary characters in Devin's arc. (Luke Cage's Ron Cephas Jones plays the sceptical and strict coach and comedian Rob Schneider gets plenty of opportunities to crack wise as the Cowboys' GM.)

I would have liked to see more dialogue trees and mini-games to break up the long cutscenes, but overall, Devin's storyline in "Homecoming" felt like a fitting continuation of his story in "Longshot".

In contrast, Colt Cruise's bloated storyline meanders into several irrelevant side-plots before working up to an implausible and cloying climax. As a side character in "Longshot", Porter's performance as Colt elevated the material, but as the main character, Colt doesn't seem funny and charming as much as self-absorbed. In "Longshot", he wrote a song for Devin and in "Homecoming" this song has somehow become a number-one hit in Finland.

Colt still wants to be an NFL star, but he also wants to be a professional musician. He's failed at both, but it's hard to feel sympathetic when we learn he never even bothered to write a second song. After getting denied a time slot at a nightclub, he shoots the shit for several minutes with a fellow musician who never appears again, then gets interrupted by a man who turns out to be his father.

The rest of Colt's storyline plays out more like Nashville than Friday Night Lights, taking its damn time to circle back from music to football. After we meet Colt's deadbeat dad, "Homecoming" introduces Colt's never-before-seen half-sister Loretta. Colt's dad abandons both of them to go on a music tour of his own, in a plotline that never matters to any of the rest of Colt's story.

Despite failing at both of the pie-in-the-sky careers that he keeps trying to do simultaneously, Colt still can afford his old two-bedroom apartment in Mathis. That's where he takes Loretta, since he's suddenly in charge of a teenage girl's welfare. Long scenes get devoted to the awkwardness between the two estranged siblings, but the meat of the story unfolds at Mathis High School with Hank, Colt's old football coach, who fills Colt in about how badly the town's been doing.

Post-hurricane, there's a lot of conflict in the town and eventually Colt gets dragged into coaching the high school team.

"Homecoming" devotes far more time to Mathis High School games than Devin's NFL struggles. The climax of "Homecoming" revolves around Loretta starting a crowd-fund to raise some of the money required to build a stadium, with the Mathis team having to improve enough to motivate the money-raising efforts and merit the stadium's existence. 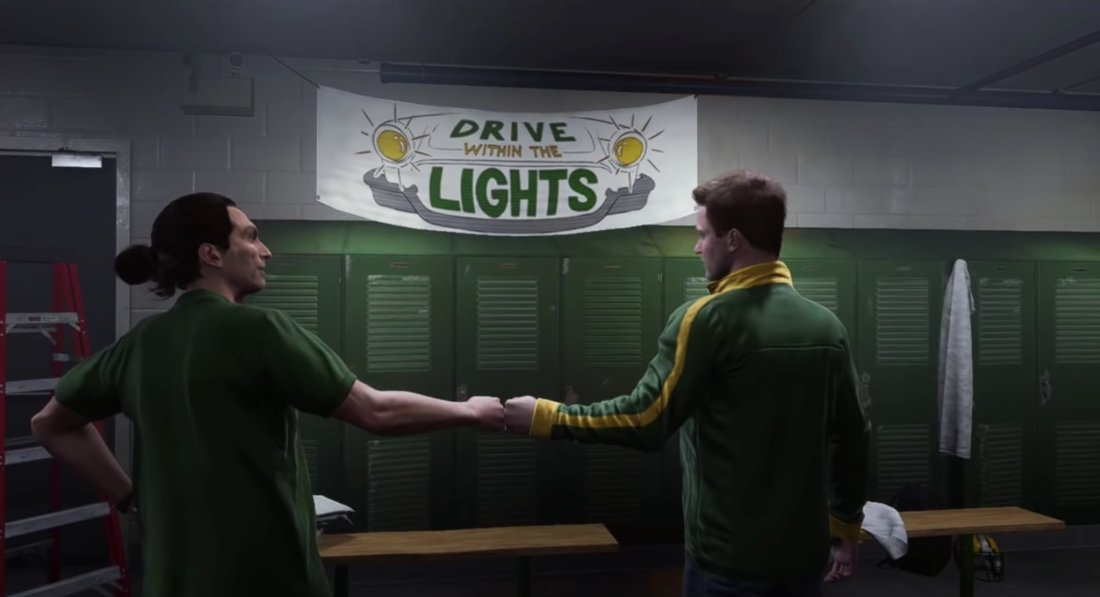 Throughout all of this, Colt and Devin barely speak to one another, making me wonder whether they'd had a huge fight and the game just hadn't told me about it yet. The few times they do talk, they're fine.

"Homecoming" could have benefited from Skype calls between the two as they offered each other advice and comisserated. Instead, it introduces too many new characters and spends tons of non-interactive cutscenes telling us each of their life stories, most of which doesn't end up mattering to Devin or Colt's overall situations.

The original "Longshot" focused on high school and college football because that's how Devin and Colt got their start, but "Homecoming" remains stuck in that same high school setting. The decision doesn't make sense from either a narrative or technical standpoint — it's not like the developers don't have plenty of access to NFL team character models and plays.

It makes sense for Colt to fail in the NFL and end up a coach instead, but most of his storyline is devoted to lengthy digressions away from this core. Devin's storyline is short and strong and there are still sweet moments and jokes, but the storylines feel too disjointed.

I still want to see what Colt and Devin do next and I know EA can deliver. If "Longshot" gets a third instalment, I hope it brings back the interactive dialogue and multiple endings that made the first iteration so memorable.