In This Week’s Star Wars Comic, Jar Jar Binks Gets To Be A Bit Of A Badass

This is something that should probably be described as Bombad. Perhaps even muy Bombad.

Jar Jar Binks has had a bad rap in Star Wars pretty much ever since he was first introduced. He quickly transformed from comic relief character to the butt of all jokes, and when it wasn’t Star Wars fandom cracking the jokes — and doing far worse that would leave an mental health — it was kind of Star Wars itself doing it.

From making him directly responsible for basically laying the groundwork for the Galactic Empire by calling a vote to grant emergency powers to Chancellor Palpatine in Attack of the Clones, to the Star Wars: Aftermath novels years later catching us up to the sorry state of Jar Jar’s lot in life after the Empire’s defeat, he’s become a bit of a perpetual punching bag.

In the years since the Star Wars prequels, there have been moments that try and elevate Jar Jar beyond his simple comic relief though, whether in ancillary material or shows like the Clone Wars animated series. But the Disney era of the franchise hasn’t had much in the way of a chance to do that yet, so a special story in this week’s Star Wars: Age of Republic comics special does just that.

Written by Marc Guggenheim, featuring art from Caspar Wijngaard and Cris Peter, with lettering by Travis Lanham, “501 Plus One” is one of three tales from across different periods of time in the Star Wars prequel era included in this week’s Age of Republic Special #1. At first, it paints a pretty dire scenario in a battle between Republic forces and the Separatists on Mimban—a battle that Senator Jar Jar has somehow found his way into, despite being thoroughly unprepared. When the Jedi General attached to protect the Senator, Laan Tik, is killed in action, Captain Rex makes the tough decision to pull his men off-world and retreat. 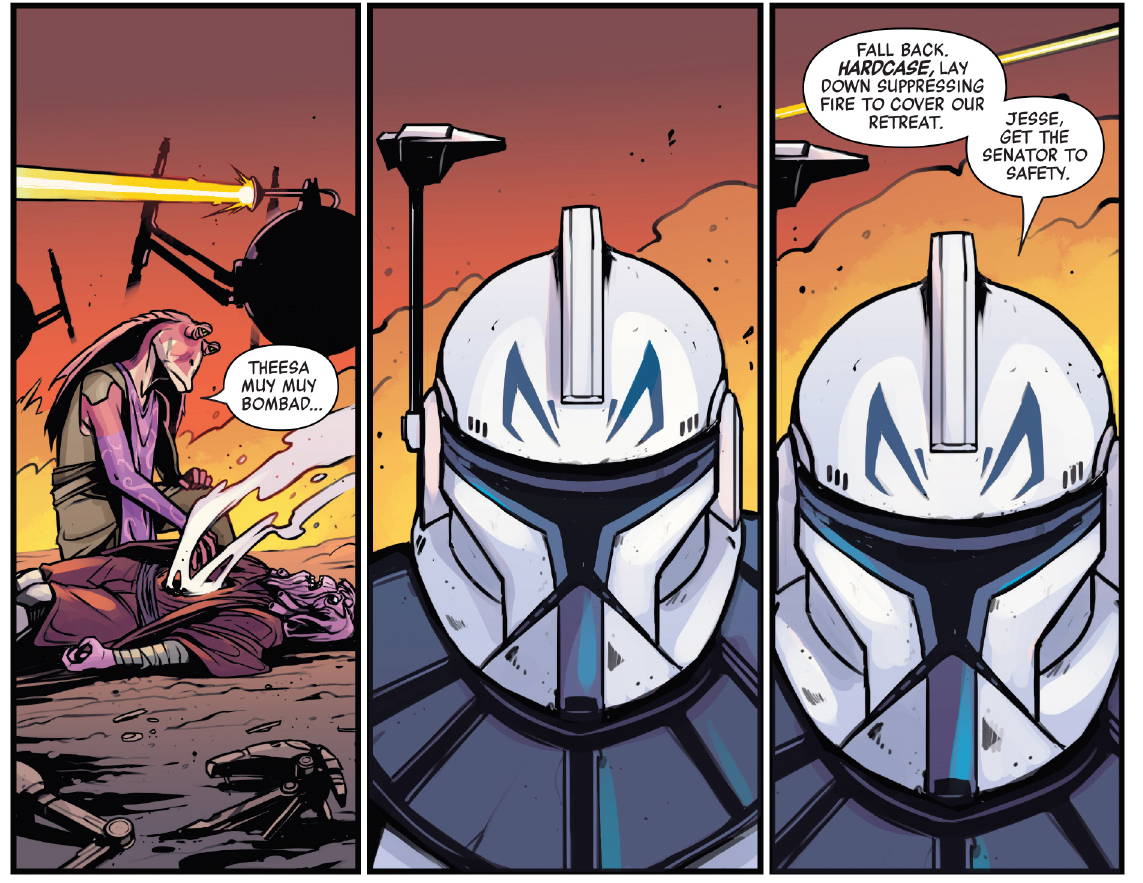 But not before deciding to buy Jar Jar and his other men some time by throwing his own life away on a suicide mission. Rex strikes out on his own at a Separatist shield to distract the droid hordes while Jar Jar and the troops evacuate. When all seems hopeless for Rex however, the familiar bright light of an electric blue blade emerges from the darkness, hacking away at the droids that had surrounded him…and holy shit it’s Jar Jar fucking Binks. 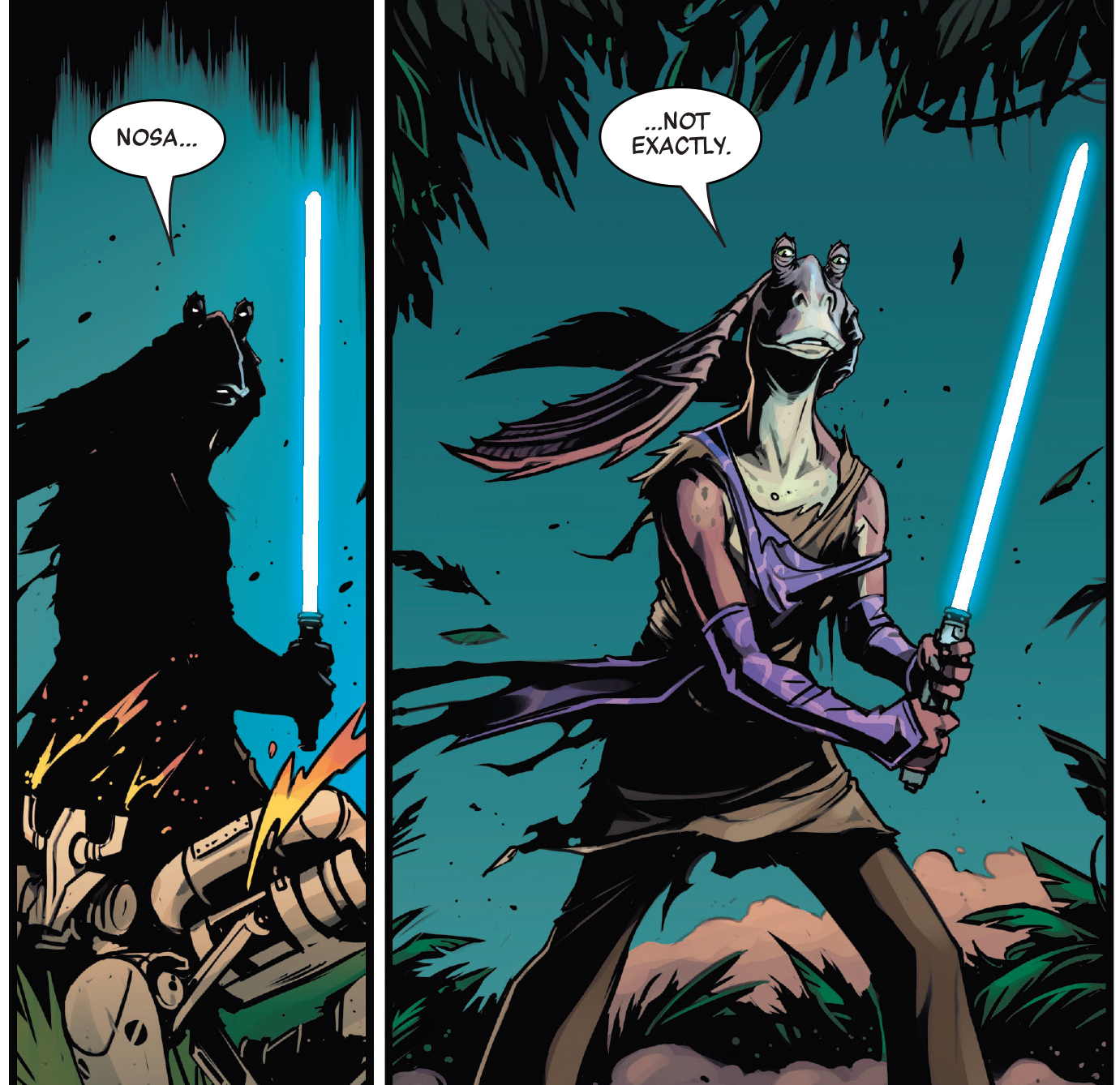 This is honestly one of the most triumphant moments in Jar Jar’s entire history. One almost made perfect by the fact that, after a few panels of being a complete badass, Jar Jar promptly fumbles the lightsaber he’d secretly taken from Laan Tik’s body to return to the Order, nearly slicing several of his own limbs off. Because it really wouldn’t be Jar Jar without at least a bit of a laugh, right?

While it’s delightful to actually see Jar Jar treated like a heroic figure instead of just a joke, it’s not really even his lightsaber swinging that’s his best bit in the story — it’s what he helps Rex remind himself of in the moments after. After complimenting his bravery but acknowledging that running off to get himself killed is not exactly a smart thing to do, Jar Jar spurs Rex to remember some advice from Anakin — good leaders lead from the front, something he’d cast aside in a moment of self-sacrifice.

It’s not quite as immediately fun as Jar Jar Binks with a lightsaber, but it’s a good reminder that the Gungan can be a lot more than comedic relief.